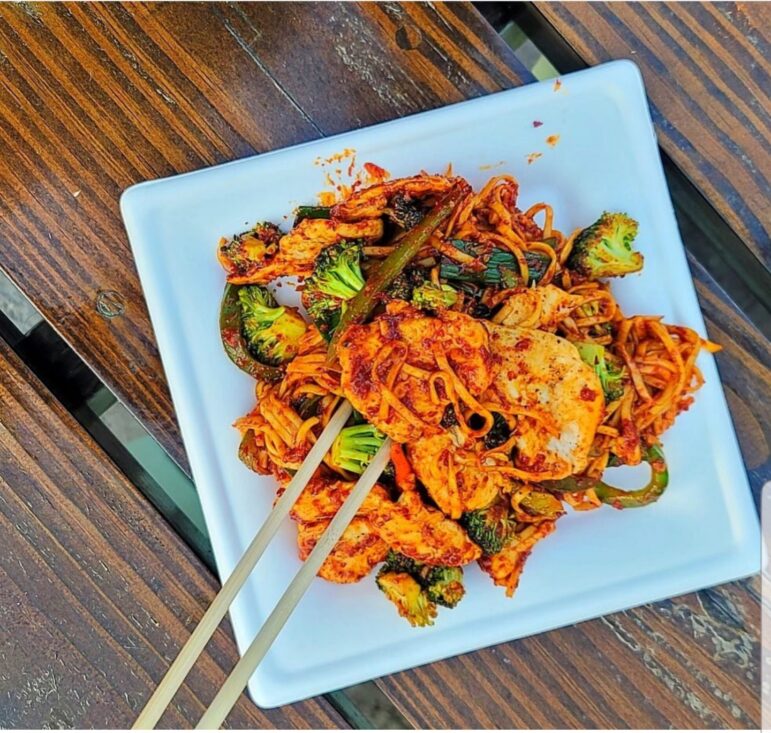 Get Your Mom and Dim Sum photo

A new dim sum pop-up is adding another option to the city’s Chinese food scene. Get Your Mom and Dim Sum can be found at your local brewery.

Owner Andrew Lu was raised in Lafayette and grew up in the restaurant industry. His love of food and cooking began in the kitchen of his family’s Chinese restaurant. After attending the Louisiana Culinary Institute in Baton Rouge, Lu moved to New Orleans and worked his way through some of the city’s top restaurants.

“I started working with chef Nathan Richard at Kingfish and from there, the both of us moved on to Cavan,” Lu said. “I then helped open Gianna with the Link Restaurant Group and went back to Cavan to work as executive chef.”

Lu saw his pop-up, which got its start at The Broadside outdoor theater in Mid-City, as a safe way to feed people. “We started in March 2021, at a time when people were still nervous about going out to eat,” he said. “We were cooking outside, and it felt like that was a little safer.”

A pop-up also can be especially fun, Lu said, because it gives him the chance to interact with people as he shares his food.

Lu described his take on dim sum as Southern-influenced new American Chinese. “It’s not quite traditional Chinese food; it’s more like what you would find at a mom-and-pop Chinese restaurant,” he said. “I’m trying to give that type of cuisine new life.” 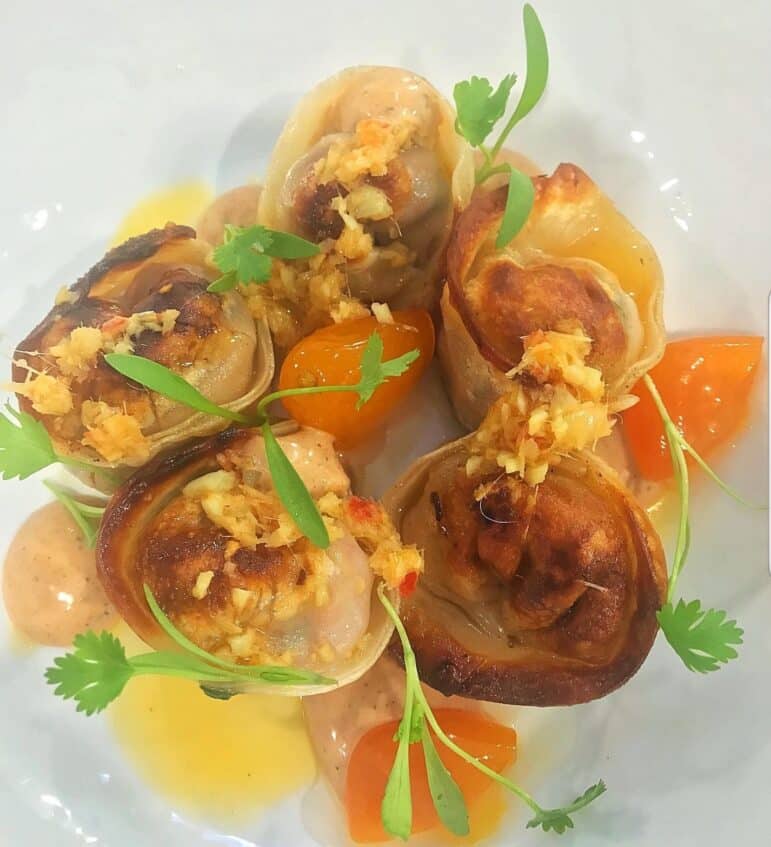 Get Your Mom and Dim Sum photo

One of the stars of the menu is the Dan Dan Dumplings, made with Szechuan pork tortellini, crispy lap xuong and baby bok choi. “It’s my take on Dan Dan Noodles,” Lu explained. “We took all of the flavors and concepts of that dish and packed it into bite-size dumplings.”

Lu also said that customers rave about Get Your Mom’s crab rangoons, filled with crab, cream cheese and scallions and served with a sweet chili sauce. Lu makes his with less cream cheese and more crab for a heartier bite.

“Everyone tells me that they are the best crab rangoons they’ve ever had,” he said.

Lu is currently on the hunt for a brick-and-mortar location and is eagerly exploring possibilities in different neighborhoods whenever he has a chance.

For now, Get Your Mom and Dim Sum can be found popping up at Miel Brewery, 405 Sixth St., every Monday from 5 to 8 p.m. and hopping around between Second Line Brewery, Oak Street Brewery, Henry’s Uptown Bar, Zony Mash Beer Project and Urban South Brewery on Wednesday through Sunday.

“I like traveling around the city and getting to meet the neighbors and people who may not have heard of us,” he said.

Check out Get Your Mom and Dim Sum’s Instagram page for its weekly schedule.