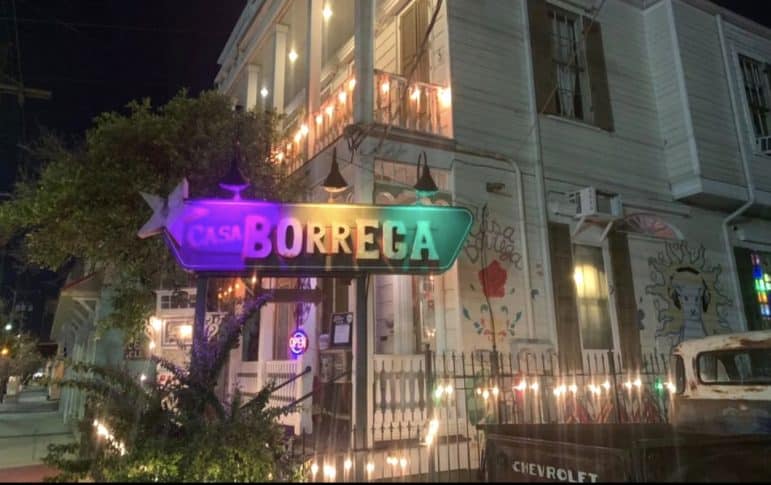 Patrons who have been enjoying eclectic Mexican fare, a variety of live music and the occasional street parties at Casa Borrega since 2012 will sadly miss it.

“Oh no, I can’t believe it. I was just there last week,” said one regular, expressing the dismay of many when they learned the Central City restaurant served its last Chile Relleno and Margarita Borrega on Friday (May 6).

It was located in the section of Oretha Castle Haley Boulevard that has seen spurts of development since Hugo Montero and Linda Stone first came up with the concept more than a decade ago. Other restaurants followed – with varied success — and a couple of years later the Southern Food and Beverage Museum opened down the street. Casa Borrega was on the forefront.

Montero and Stone renovated the building, then later enlarged the space. An outdoor open space next to the restaurant was used for special celebrations. 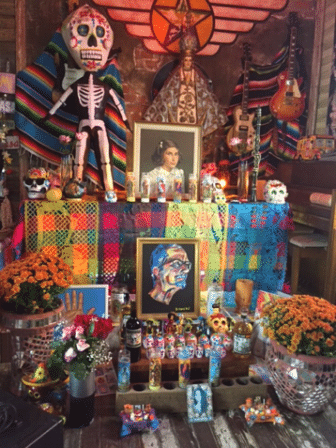 Its website describes the historical renovation of the Greek Revival residence: “In the Boulevard’s heyday, a couple of Jewish women ran a thrift store in a portion of the house. The building was in disrepair when Hugo and Linda purchased it in 2008. It was gutted and rebuilt, using as many existing features as possible, while adding salvaged elements from buildings in New Orleans, Texas and Mexico. Many of the local materials were sourced from The Green Project, which Linda founded in 1994.”

The first thing that struck patrons entering Casa Borrega was the décor. Classic Mexican decorations, such as the fluttering paper flags called papel volando and the ever-present skulls and skeletons, were combined with quirky contemporary sculptures and floor-to-ceiling paintings.

There was even a Casa Borrega Muses glitter shoe on the bar. “I’m taking that shoe with me,” quipped Montero on the last night the restaurant was open.

In a social media post announcing the closing, Montero said: “After almost 9 years of continuous operation my Dear Borrega will close its doors definitely. It’s been a privilege to meet you, and honor to serve you and my distinct pleasure to be part of the magical New Orleans Trident: Art, Music and Food. Gratitude is the memory of the heart.”

Loyal patrons didn’t see this coming. Yes, there have been ups and downs – the neighbors complaining about music in the outside addition, for example. So Montero had to pivot, bring it all inside and end the live music early. Like other restaurants, it suffered from staffing issues and pandemic closures.

One of the early celebrations held at Casa Borrega was a large and lively party commemorating the Mayan prediction that the world would end on Dec. 21, 2012. Little did people realize then that within 10 years Casa Borrega itself would come to an end.

2 thoughts on “Fans of Casa Borrega mourn its closing”