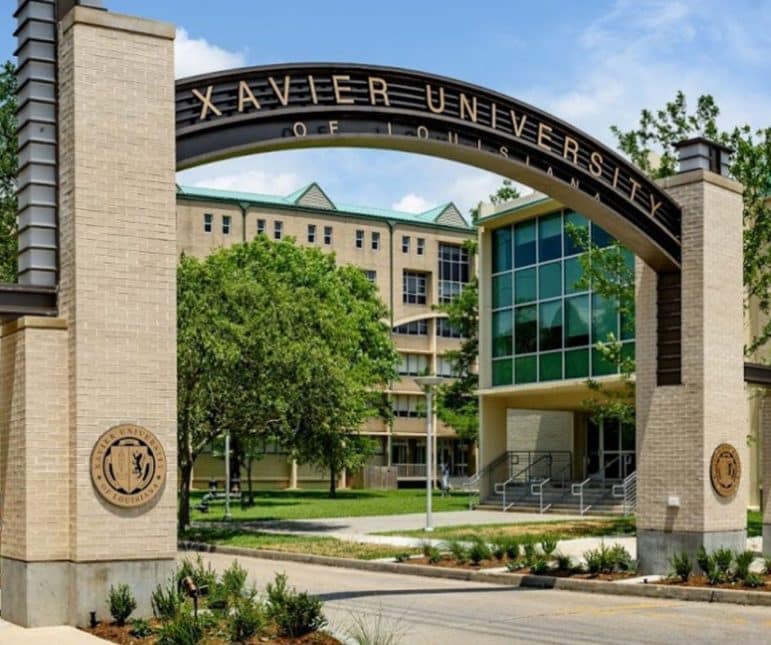 Xavier University of Louisiana (via zula.edu)

Xavier University of Louisiana has prepared African-American students for medical school or doctorate degrees in the health sciences since the 1976. It consistently ranks high in the list of undergraduate universities placing Black students in medical schools.

Now Xavier will establish a medical school of its own, the Graduate School of Health Sciences and Medical School, the university announced Thursday (April 21). The endeavor is in the planning stages, university officials said, so it will be years before the medical school is ready to begin training future physicians.

The nation’s only historically Black and Catholic university has long worked to bring greater diversity into the medical professions. Its College of Pharmacy ranks high in graduating Black pharmacists, and its undergraduate programs tout the number of Black graduates who go on to earn doctorates in science and engineering.

“Xavier was founded with the mission of promoting the creation of a just and humane society through education,” Xavier President Reynold Verret stated. “The establishment of graduate education programs dedicated to the preparation of more Black health care professionals is a natural extension of our foundress’s legacy as we approach our second century of service. It is also where we are called to answer a critical need of our nation.”

Xavier was established in 1925 by St. Katharine Drexel and the Sisters of the Blessed Sacrament as a place for African Americans and Native Americans to receive quality education. It has become one of the nation’s top historically Black universities.

The pandemic drew attention to the necessity for greater diversity in the medical profession, as representation and trust are essential determinants underlying the health disparities affecting underrepresented populations.

A recent Association of American Medical Colleges report noted that “gains in diversity are not shared by all groups. In particular, growth of Black or African American applicants, matriculants and graduates lagged behind other groups.”

Underrepresented minorities still struggle to grow in numbers at all levels of the medical profession, studies show, with only incremental improvement over the past decades.

Creating new medical schools is seen as essential to addressing the physician shortage, but diverse representation requires a further step. In the last century, there have been few new medical colleges and only one at an HBCU. “Xavier University of Louisiana is examining the option to change that narrative,” university officials said.