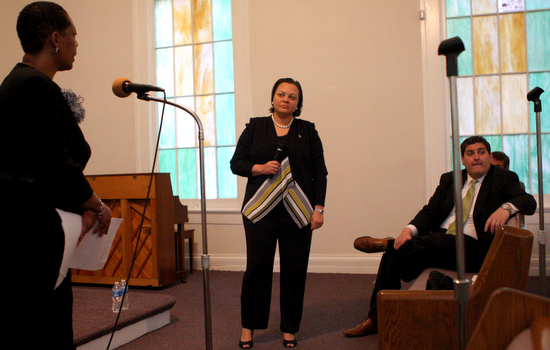 With the ongoing war between Russia and the Ukraine and with New Orleans’ never-ending crusade against crime and corruption, there is much for Christians, Jews and Muslims to reflect upon during Holy Week, Passover and Ramadan. Everyone has demons that haunt them. New Orleanians, it seems, have more than their fair share. The ability to fight off temptation often determines the quality of a person’s character and the kind of life they lead. Yet the longer I observe people — including politicians at all levels of government — the more I wonder what makes integrity fade away.

Maybe it’s the lack of belief in the mysteries of a higher power that leads too many people — young, middle-aged and old — down the wrong path. Why is Vladimir Putin destroying Ukraine and needlessly murdering thousands of civilians? Why are so many of New Orleans’ young people, let alone adults, committing felonies? What’s really behind all the auto burglaries, carjackings, armed robberies, domestic violence and senseless killings? It could be a lack of morality, a lack of ethics and a total disregard for the welfare of other human beings.

Why is it so easy for elected officials to stray? The latest politician to be caught in the crosshairs is former state Sen. Karen Carter Peterson, who represented much of Uptown. Carter recently resigned from the Louisiana Democratic State Central Committee and the Orleans Parish Democratic Executive Committee. At publication time, she still remains vice president of the Democratic National Committee.

Many of us have applauded Peterson for her years of hard work on behalf of Louisiana’s women and children. With few Democratic women in the Legislature, Peterson could always be counted on to fight for worthy legislation and against those bills that would hurt families and people of color. Feisty and sometimes even arrogant, she was nevertheless our leader.

Peterson has admitted her demon is gaming. According to NOLA.com, she is under federal investigation for possible gaming-related financial issues. Depression, as well as the death of her father and protector, former assessor Ken Carter, has also taken a toll on Peterson’s life. Gaming addiction and depression can be lifelong illnesses and must be addressed every day. Instead, Peterson let her demons get the best of her, which might just lead to serious life-changing consequences.

If Peterson is indicted, who will cast the first stone? A trial might not take place for a year and could be followed by an appeal. Are Peterson’s alleged financial indiscretions so egregious that a jury of her peers will convict her?  The federal tax-fraud trial of District Attorney Jason Williams and his law partner Nicole Burdett, who was also recently arrested on state fraud charges, is set to begin on July 17. Will jurors turn a blind eye to prosecutors’ claims that Williams’ business deductions were inflated by more than $700,000 during a five-year period? How will race play into the jury decisions in both the Williams and Peterson cases?

As we near the end of this season of religious reflection, there is so much to think about. Some of New Orleans’ faith leaders are calling for a citywide day of fasting and reflection tomorrow — both Good Friday and the beginning of Passover — as a show of unity against violence.

Do those who commit grievous wrongs deserve incarceration to give them time to re-evaluate the wisdom of previous bad habits? Or do they deserve mercy, forgiveness and a return to life as usual with only a slap on the wrist? In the eyes of many of the citizens recently impacted by crime, incarceration must precede forgiveness. May God bless you with a lifetime of peace and joy, uninterrupted by New Orleans’ constant violence and corruption.