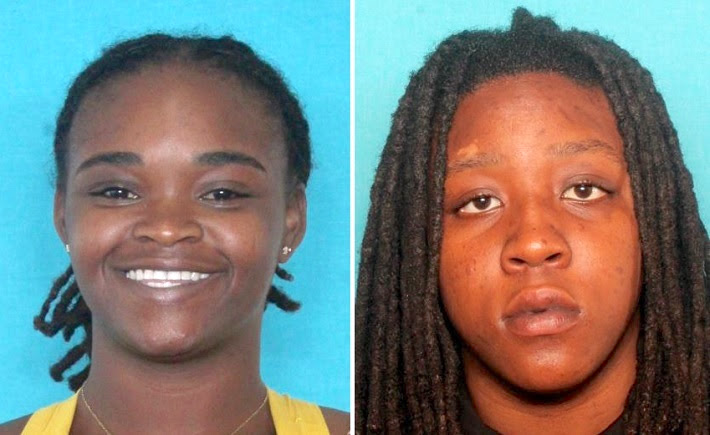 The New Orleans Police Department obtained arrest warrants for two women — Johnquil Kelley, 25, and Alexis Linor, 24 — in an incident that occurred Saturday (April 23) at a bar in the Lower Garden District just off Magazine Street. Kelley was arrested on Thursday (April 28).

They are accused of assaulting multiple people at the Half Moon Bar & Restaurant, 1125 St. Mary St. On Saturday, police said, two women created a disturbance over being refused service when they could not show identification. They proceeded to commit battery on employees and patrons, police said.

On Thursday (April 28), Kelley was booked into Orleans Justice Center on an outstanding warrant for a 2018 domestic battery incident as well as charges stemming from the Half Moon Bar fracas.

The incident was captured on surveillance video, and NOPD Sixth District detectives developed Kelley and Linor as suspects. Linor remains at-large on charges of disturbing the peace, trespassing and multiple counts of simple battery.

Kelley’s bond was set at $100 in the 2018 domestic abuse case. Her bond had not yet been set in the Half Moon case, Sheriff’s Office records show, and she remained jailed Thursday evening.

Anyone with additional information on this incident or on Linor’s whereabouts is asked to contact NOPD Sixth District detectives at 504-658-6060 or call anonymously to Crimestoppers of Greater New Orleans at 504-822-1111.

This report was updated after Johnquil Kelley’s arrest.