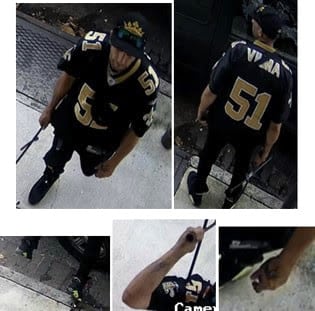 Members of the New Orleans Police Department are requesting the public’s assistance in identifying and locating a suspect wanted in connection with a business burglary that occurred on Tuesday (April 26) in the 1800 block of Magazine Street.

According to investigators, the suspect arrived in the pictured truck and burglarized a Magazine Street business. The suspect used a four-way lug wrench to break windows before stealing several display items. 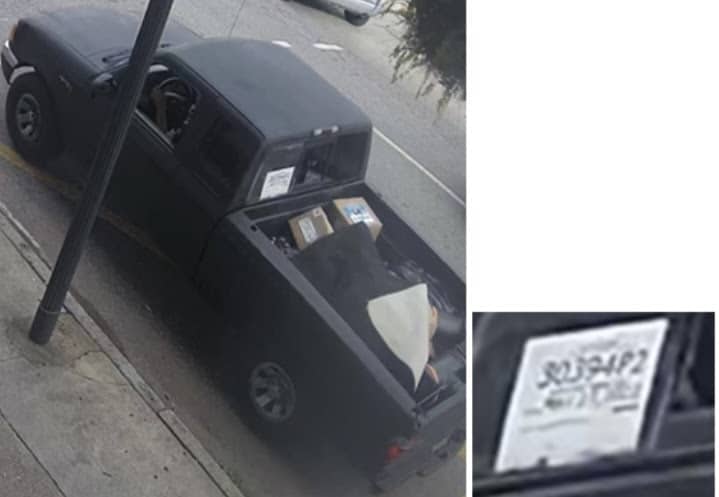 The suspect is described as a white male, wearing a Saints 51 Vilma jersey shirt, black pants, black-and-green Jordan 6 shoes and black-and-gold crown baseball hat. The suspect also has a flame tattoo around his left forearm and a tattoo of a bird on his right hand.

If you have any information regarding this suspect or vehicle, please notify Detective Amanda Williams at adwilliams@nola.gov, Sixth District Detectives at 504-658-6060, or anonymously to Crime Stoppers at 504-822-1111.