Perry Briley Sr., 25, was already in Orleans Parish Justice Center when he was rebooked for murder on April 13.

Briley was being held on one count of attempted second-degree murder, eight counts of aggravated assault with a firearm and weapons charges that included taking a firearm into a school.

He had been arrested on May 13, 2021, in the shooting of Lamont Fletcher in the 2200 block of Martin Luther King Boulevard, near Simon Bolivar Street.

On April 12, 11 months after the shooting, Fletcher, 48, died from his wounds. The incident was reclassified as a homicide, and Briley was rearrested for second-degree murder the next day.

On Tuesday (April 19), the NOPD’s Violent Offender Warrant Squad, the U.S. Marshals and Sixth District detectives arrested Ta’Darryl C. Cobbins Sr., 19, in the investigation of an aggravated battery by shooting on Dec. 31, 2021, in the 2200 block of Terpsichore Street.

Cobbins was located at a residence in the 2400 block of Clio Street and arrested without incident. While carrying out a search warrant on the residence, the officers found a handgun that they determined belongs to Cobbins.

He was booked into the Orleans Parish Justice Center on one count of attempted first-degree murder, two counts of aggravated second-degree battery and one count each of armed robbery, illegal carrying of weapons and illegal use of a weapon. 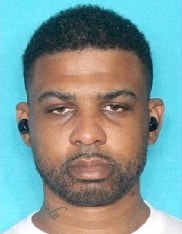 On April 16, NOPD Sixth District detectives obtained an arrest warrant for Joshua Neal, 36, on one count each of second-degree aggravated battery, domestic aggravated assault, illegal use of weapons, possessing a firearm as a felon and two counts of violation of protective orders.

The incident occurred on April 16 at South Liberty and Toledano streets.

Anyone with additional information on this incident or on Joshua Neal’s whereabouts is asked to contact Sixth District detectives at 504-658-6060 or call anonymously to Crimestoppers of Greater New Orleans at 504-822-1111.

On April 12, Second District officers arrested Randell Smith, 19, for aggravated battery by shooting. The incident occurred on April 12 in the 9000 block of Edinburgh Street.