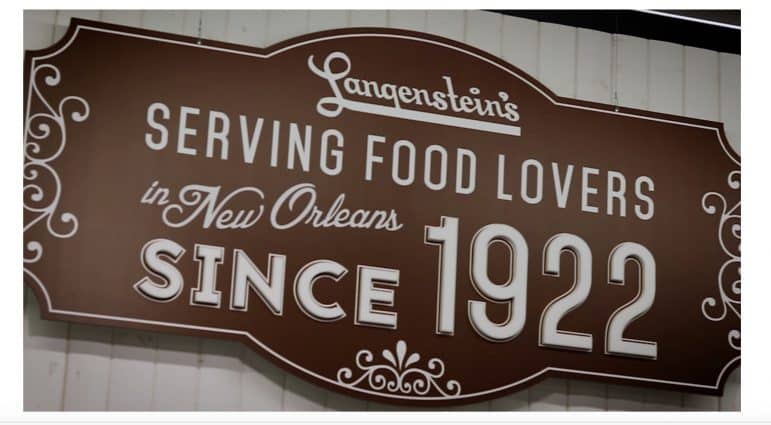 The public is invited to the celebration at its Arabella Street store. Delfeayo Marsalis and the Uptown Jazz Orchestra are providing the music, and Langenstein’s is providing spirits and snacks. 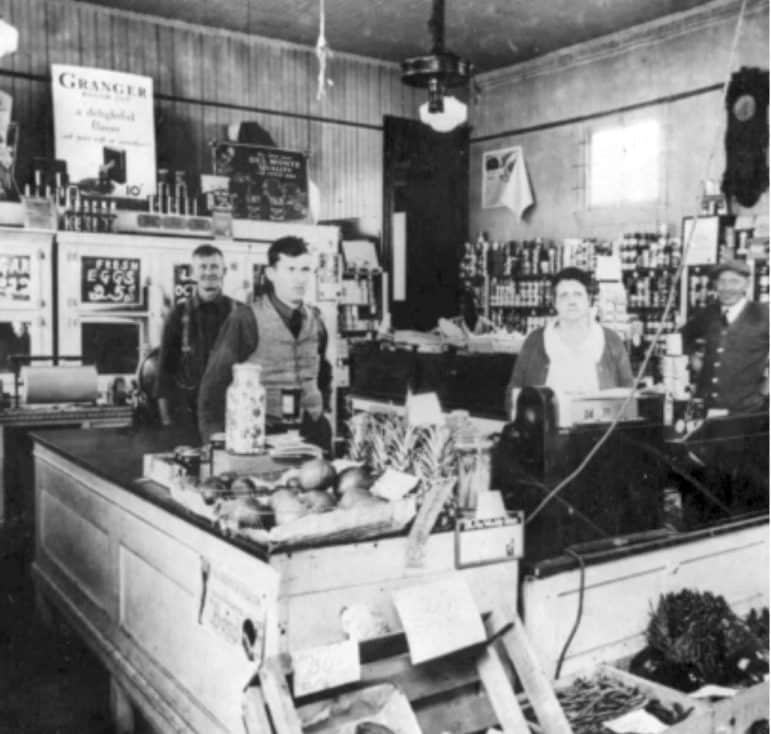 The Langenstein family in the original store on Arabella and Prytania streets.

Langenstein’s has been a family market since Michael Langenstein and his sons, George and Richard, opened their corner grocery on Arabella and Prytania Street in 1922.

The fourth and fifth generations of the same family are now running three Langenstein’s supermarkets and Prytania Wine & Spirits, which is housed in the same corner shop as the original Langenstein’s.

Michael Langenstein and his sons started the grocery with a focus on offering Uptown families high-quality meats and seafood.

Like many neighborhood groceries of the time, they were always open to suggestions from their loyal customers. The Langensteins started expanding their stock, and by 1954 the grocery had outgrown its storefront. They relocated the grocery a block away to 1330 Arabella St. — where it remains today.

The grocery is known for the gourmet items and local specialties it began stocking in response to requests. After customers began asking for prepared foods in the 1970s, Langenstein’s began offering a range of specialities using time-tested family recipes.

All Langenstein’s locations continue to offer a complete line of homemade New Orleans specialties such as Crawfish Etouffee and Bisque, Seafood Gumbo, Grillades, and Red Beans and Rice. The popularity of those dishes led to further expansion as a catering service.

The operation is now led by H.D. Lanaux Jr. and Michael Lanaux, fourth-generation family members whose mother, Ethel Langenstein Lanaux, is the founder’s granddaughter and whose father, H.D. Lanaux Sr., spent 64 years expanding the family business. The Lanaux brothers’ children, the grocery’s fifth generation, are bringing their own talents to the classic local grocery chain. 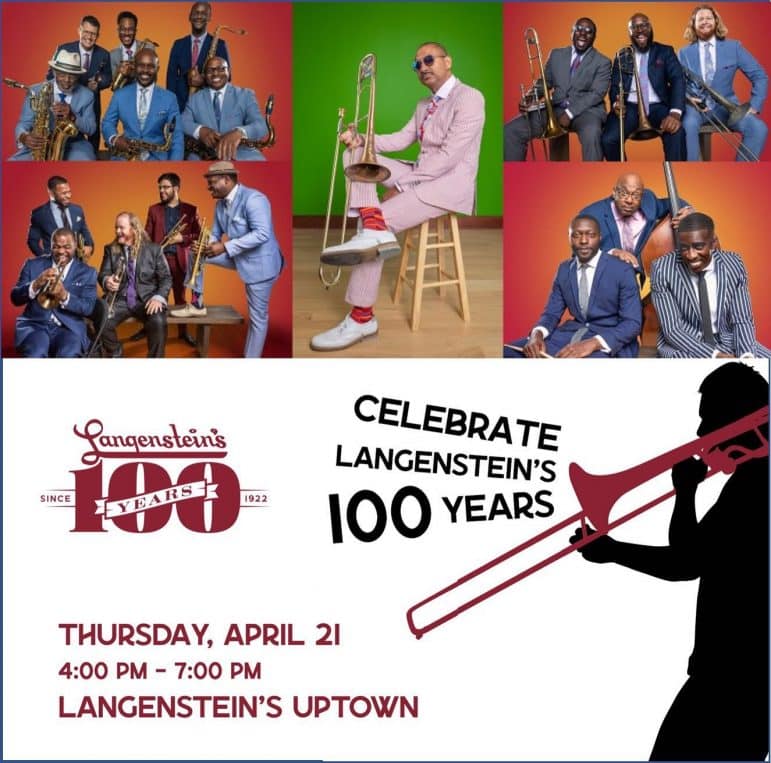 They have invited their customers to bring their folding camp chairs to enjoy a concert by trombonist, composer and producer Delfeayo Marsalis and his Uptown Jazz Orchestra. Their repertoire spans a century of American music with a contemporary flair.

The free centennial celebration will be held from 4 to 7 p.m. Thursday (April 21) at Langenstein’s Uptown, 1330 Arabella St.