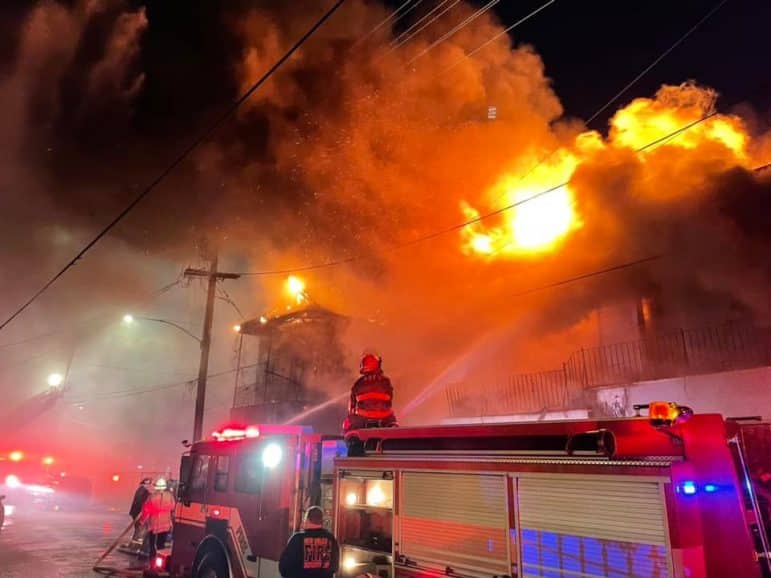 No injuries were reported in the early morning blaze at 1333 S. Saratoga St. .

A four-alarm fire broke out in a Central City apartment building and bar early Wednesday (April 20).

The New Orleans Fire Department received a 911 call at 5:23 a.m. reporting a fire at Thalia and South Saratoga streets with residents possibly trapped inside the building. Firefighters arrived minutes later and determined that all the occupants had safely escaped.

By the time firefighters arrived, the fire had consumed the back of the two-story multi-unit building at 1333 S. Saratoga. A second and third alarm was requested at 5:31 a.m.

A fourth alarm was requested about 15 minutes later, as the blaze extended through the roof. At its peak, the fire extended to an abandoned two-story apartment building in the 2100 block of Thalia Street, causing extensive damage.

Embers from the abandoned building blew onto an occupied two-story apartment building, setting the roof on fire. All five residents were evacuated.

A recently renovated single-story double a few feet from the Saratoga building was saved, the NOFD reported. There were no firefighter or resident injuries reported.

The Saratoga building housed a bar, Da Back by Lac, in a first-floor commercial space and six apartments in the rear and on the second floor. It was not immediately clear how many people were displaced by the fire.

Firefighters said they would remain on the scene for most of the day in case the remaining debris rekindled. Investigators were still trying to determine the cause of the fire. 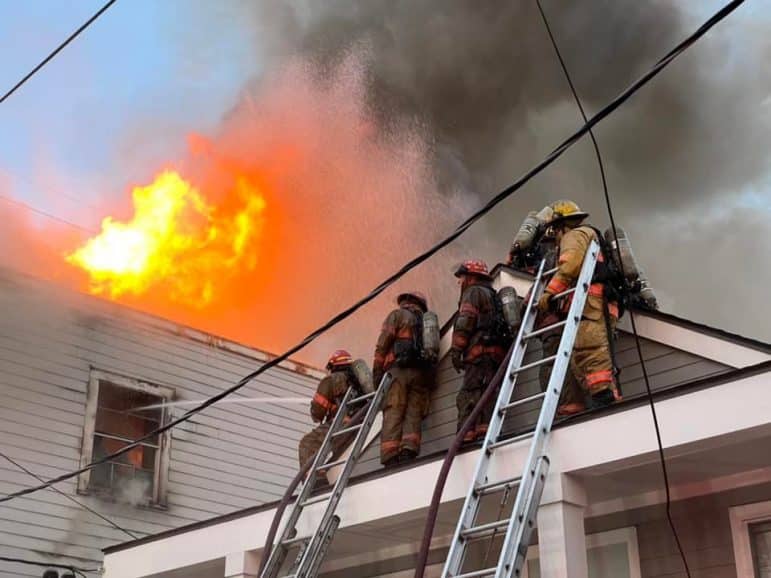 Firefighters battle the blaze at 1333 S. Saratoga St. The cause of the fire has not been determined.