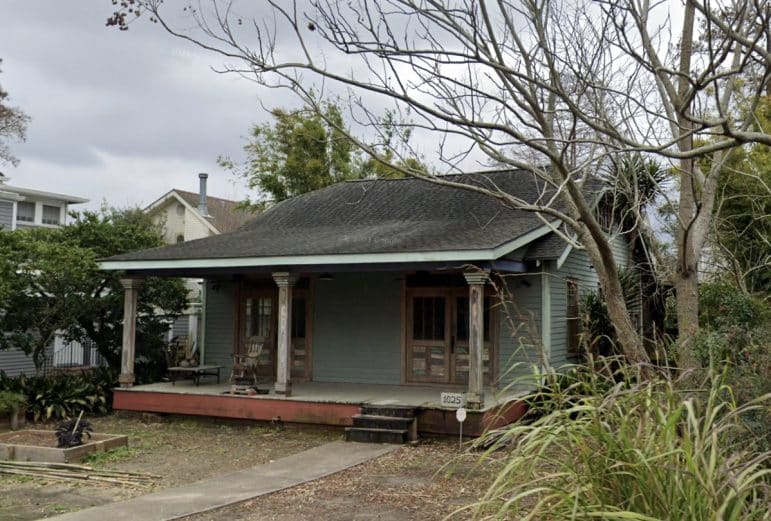 From the street, the house at 1025 Henry Clay Ave. resembles an old-fashioned, eclectic California cabin on a generous lot, with an open, full-length wooden porch, chamfered roof, and double front doors with parti-colored inlaid paneling. In its centenary year, it inspires interest, admiration and affection.

Yet the house will soon be torn down, if the new owner has his way. The old cypress tree in the backyard will be cut down, too.

More than this, it looks like the Historic District Landmarks Commission and District A Councilman Joe Giarrusso III are going to let him do it.

On Feb. 2, the HDLC commissioners approved the demolition of 1025 Henry Clay on the recommendation of HDLC staff, with a vote of 10 to 1. Within the requisite 10 days, I filed an appeal, which put the ball in the council member’s court: The final demolition decision belongs to Giarrusso. 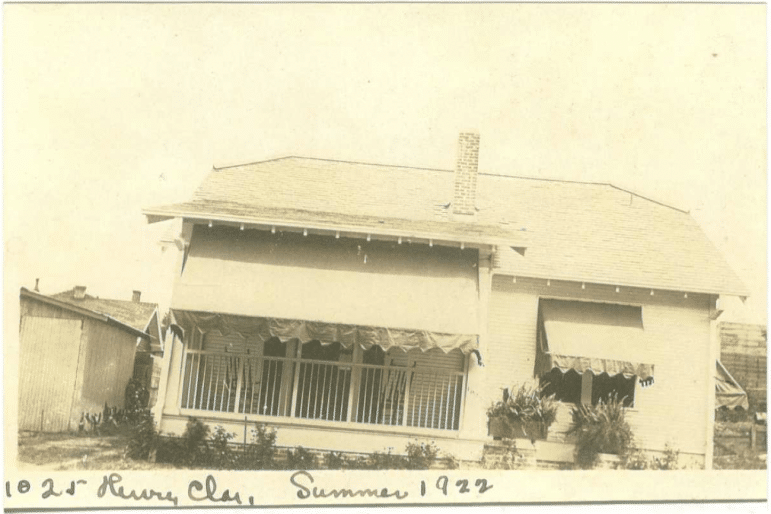 On the agenda for the March 24 regular meeting of the City Council, Giarrusso has posted his motion M-22-137 for the applicant, which already spells out destruction for the house.

The house was purchased by a limited liability corporation linked to James H. Brown III, a real estate developer from Baton Rouge, where his father is a former state insurance commissioner. Mr. Brown’s LLCs are domiciled in Baton Rouge. His development company, which he holds with partner Ben Butler, is Butler Brown Development; the construction arm is called Gulf States Construction.

Along with his associate Sam Solomon, a developer based in Lakeview, Mr. Brown is a voracious consumer of real estate, both residential and commercial, in the historic neighborhoods of New Orleans.

For this reason, either Mr. Brown or Mr. Solomon is before the HDLC or the Architectural Review Committee in any given month to seek demolitions and design reviews. They’re also keen on subdivisions. Their projects in the historic neighborhoods run the gamut, affecting both the poor and well-to-do of New Orleans.

Mr. Brown’s demolitions at 900 Aline St., 901 Foucher St. and 909 Foucher, for example, pushed 12 families out of affordable housing amid the protestations of their neighbors in the summer of 2021.

Mr. Solomon’s application for an HDLC Certificate of Appropriateness and the subdivision of a double lot on the 6000 block of Camp Street — heard by the HDLC in November 2021 and unsuccessfully appealed in December — will result in the development of two five-bedroom homes with no additional off-street parking required.

As often happens, the neighbors who suffer disproportionately from development in historic neighborhoods are elderly homeowners, whose reward at the end of a productive work life is to struggle with the consequences of increased density — in the case of Camp Street, living next to 10 people where once there was one.

It was Sam Solomon who brokered the sale of 1025 Henry Clay for Mr. Brown, whose acquisition of the house is an example of the current alarming tendency to buy homes in historic districts as tear downs, including 1441 State St., 1218 Valmont St. and 1240 Seventh St.

As for the HDLC — the staff’s appeal report for 1025 Henry Clay, filed with the City Council on the March 10 agenda, “urges the City Council to uphold the decision of the HDLC,” based on “the building’s lack of architectural integrity, minimal contribution to the existing historic streetscape, and deteriorated condition, [which] led to the Staff determination that its demolition would not negatively impact the tout ensemble of the historic context.”

As to the condition of the building — the house is structurally sound. Although it was stated at the HDLC hearing on Feb. 2 that termite damage is “significant” and damage from moisture is also a problem, an architect has noted that the 1,800-square-foot house is small enough that the cost of remediation would not be prohibitively high. Also, Mr. Brown did not enlist the help of a structural engineer in the presentation to the HDLC. Such an analysis might not have supported his case.

Now there are two answers for the staff’s evaluation of the place of 1025 Henry Clay in the so-called tout ensemble.

First, a real study of the historic context of the 1000 block of Henry Clay, which the HDLC staff has neither the time nor the resources to explore, reveals the following: The former double next door, which fronts the street with a side façade and a two-vehicle parking pad, was switched on its axis and converted to a single in the 1970s. St. Philip’s Chapel at 1001 Henry Clay was demolished in the 1950s; the house currently on the site was moved there 20 years ago.

The other lots on the blockface have experienced short-lived constructions and demolitions in the course of the last half-century, and most remarkably, the grand old reception hall of De Paul Sanitorium across the street was demolished in the late 1960s. The space is now mostly occupied by a parking lot. What’s so historic about that?

In fact, the rest of the block has undergone so much change in the 100 years since it was first developed that 1025 Henry Clay is the least altered historic building of them all. As HDLC Staff stated, the house “appears to have retained some of its original scale, massing, siting, roof form and footprint to this day with the exception of a possible rear addition and construction of an enlarged front porch sometime later at an unknown date.” Besides this, only architectural details have been changed.

Second, about the new building. How can it fail to negatively impact the tout ensemble of the historic context? Mr. Brown’s Realtor, Stevan Gill, has been pitching the new house in a Realtors’ chatroom as a $2.5 million 4,500-square-foot build, “pretty open in design.”

Looking at Mr. Brown’s other projects, like the two-story Italianate box at 1024 Eleonore St., we already know what to expect. But the question is both reasonable and forbidden: The HDLC’s partial-control demolition criteria, which are clearly intended to favor developers, do not permit us to consider the design of a future project.

All of this leaves us with the usual conclusion: that it seems as if the City Council serves at the pleasure of developers and not in the interest of the public weal.

Further, it’s my opinion that it would be more equitable for citizens to be allowed to participate in the demolition permitting process for their neighborhoods, rather than have it exclusively managed by an appointed committee like the HDLC.

In the meantime, we keep trying. You can submit a public comment on this demolition to Joe Giarrusso III at Joseph.Giarrusso@nola.gov by Thursday (March 24) at 8 a.m.

Susan Johnson is principal of Town of Carrollton Watch LLC and Historic New Orleans Neighborhoods LLC. She can be reached at contact@townofcarrolltonwatch.org.

6 thoughts on “Viewpoint: We need to stop demolishing our historic homes (sponsored)”