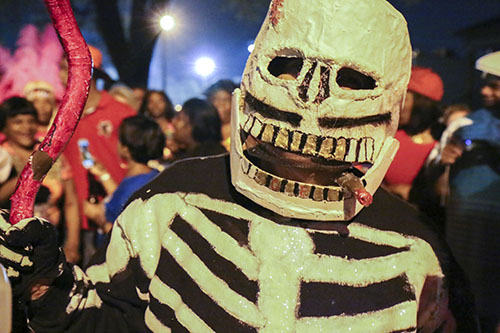 In the pre-dawn hours of Mardi Gras Day, Chief Bruce “Sunpie” Barnes and his North Side Skull & Bones Gang reminded onlookers of their mortality and the need to appreciate life and the people around them. For more than 200 years, culture bearers with African and Caribbean roots have beat drums and danced in the streets on Fat Tuesday while spreading a message of peace and love.

Unfortunately, it’s hard to find much peace and love in 2022. Almost 1,300 Louisiana residents were too busy battling Covid last weekend to take part in any Mardi Gras festivities. Another 71 Louisianians missed out all together because they recently succumbed to the virus. We still don’t know how many revelers might have become infected during the holiday.

Four other individuals — including two visitors to New Orlean, Heaven Nettles and Brandon Bovain — perished needlessly in the past few days. For a while it seemed like criminals were too busy catching beads to shoot each other or innocent victims. Carjackings slowed down in the days leading up to Mardi Gras. Now that Carnival is over, crime is expected to skyrocket once again.

The people who really need the world’s peace, love and prayers are, of course, the Ukrainians — especially women, children and the elderly — who fled their homes with nothing more than a knapsack of personal belongings. Most have no idea what lies ahead, let alone the fate of courageous family members who stayed to fight.

There is plenty to admire about the commitment and tenacity of the Ukrainian men and women on the frontlines. Predominately a civilian force with little prior training, members of this unorthodox army are willing to do whatever it takes to protect their native land.  Although almost 1 million Ukrainians have already safely crossed the border, millions more are hunkered down in bunkers, basements and subway stations with little food or medicine.

New Orleans is also engaged in a war: a war against crime.  Over the past few years, thousands of New Orleanians — along with their tax dollars — have fled Orleans Parish for places where crime is much less prevalent. Unlike the Ukrainians, the New Orleanians who have remained seem unwilling to fight to save this city. Perhaps they personally have not been victims of crime or might not understand the enormity of the problem.  These same citizens may occasionally complain to an elected official about crime or even post a heartfelt comment on social media.  Yet no one is stepping up to lead the charge that could swing the pendulum in the opposite direction. 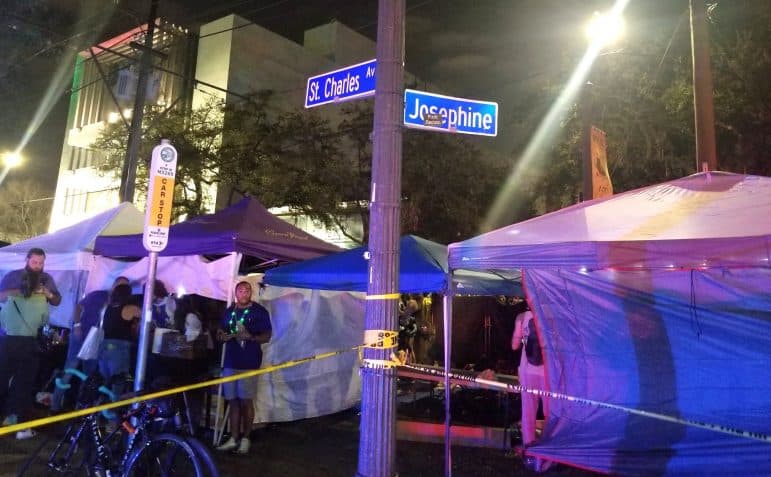 The St. Charles Avenue neutral ground at Josephine Street, set up for parade watching, becomes a crime scene during the Muses parade on Thursday.

Since the New Orleans police force won’t be able to operate at full strength for at least several years, citizens who want to beat back crime in their area could create a trained volunteer network that would become the eyes and ears of each neighborhood and work closely with the NOPD to identify perpetrators. Ukrainians are charging ahead with whatever resources available in an effort to keep their country safe. New Orleanians should be willing to do the same.

Ashes to ashes, dust to dust. We all face mortality. Let’s not reach it before our time.

One thought on “Viewpoint: Striving for peace during a Lenten season like no other”