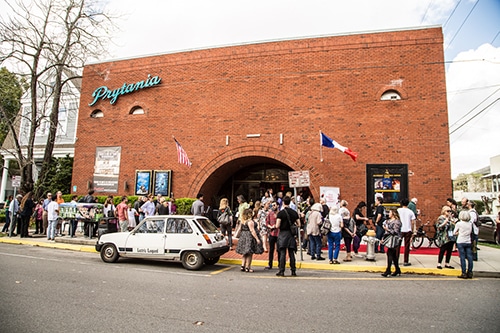 After Hurricane Ida’s damages prompted a six-month closure, the Prytania Theatre, 5339 Prytania St., reopened last week. The theater has returned to its daily showings of current and classic films.

Hurricane Ida took out “a big chunk” of the roof, so the building had significant water damage, Prytania owner Robert Brunet said. “We had to do a lot of demo and cleaning,” he said.

Brunet restored the theater to its pre-storm condition and added updates with a few special touches. However, he said, he kept the classic, familiar feel of the theater that fans have come to appreciate.

“The theater is 110 years old, and we wanted it to still feel that way,” he said. “The interior of the theater looks the same.“

One fun update is the coffee shop — where beer and wine are now available. It was renovated  to resemble the bar at the Overlook Hotel in the film “The Shining.” Brunet’s details match the bar down to the carpet and box lights around the mirror behind the bar. 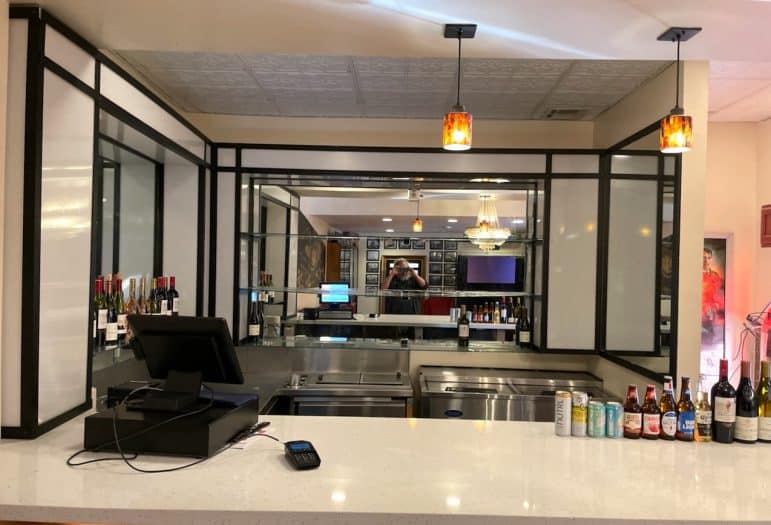 The Prytania’s coffee shop was renovated to resemble the bar in “The Shining.”

Brunet has other plans — such as replacing the theater’s projector, sound system and seating — but those projects have been delayed due to supply chain issues.

“We didn’t want to change the overall appearance of the theater, but when it’s all done, the theater’s infrastructure will have been improved. And it should last another 100 years,” Brunet said.

The theater officially reopened March 11 for the French Film Festival, which ran until March 17.  On Friday (March 18), it resumed its regular schedule of daily showings.

It will be open seven days a week from noon to 10 p.m. and hold its beloved events such as “The Rocky Horror Picture Show” interactive experience. The Prytania’s renowned Academy Award Watch Party will also return March 27.

Brunet notes that this is the first time the single-screen theater has been able to operate at its full normal capacity since the pandemic. Between city mandates and limited theater releases, the theater was previously on a limited schedule.

Upcoming showings include “The Outfit“ and “Fantastic Beasts: The Secrets of Dumbledore“ and classic films “Sunset Boulevard,” “The Godfather,” and “To Kill a Mockingbird.”

In 2020, the Prytania opened a second location when it took over the movie theater in Canal Place. That location boasts nine screens.