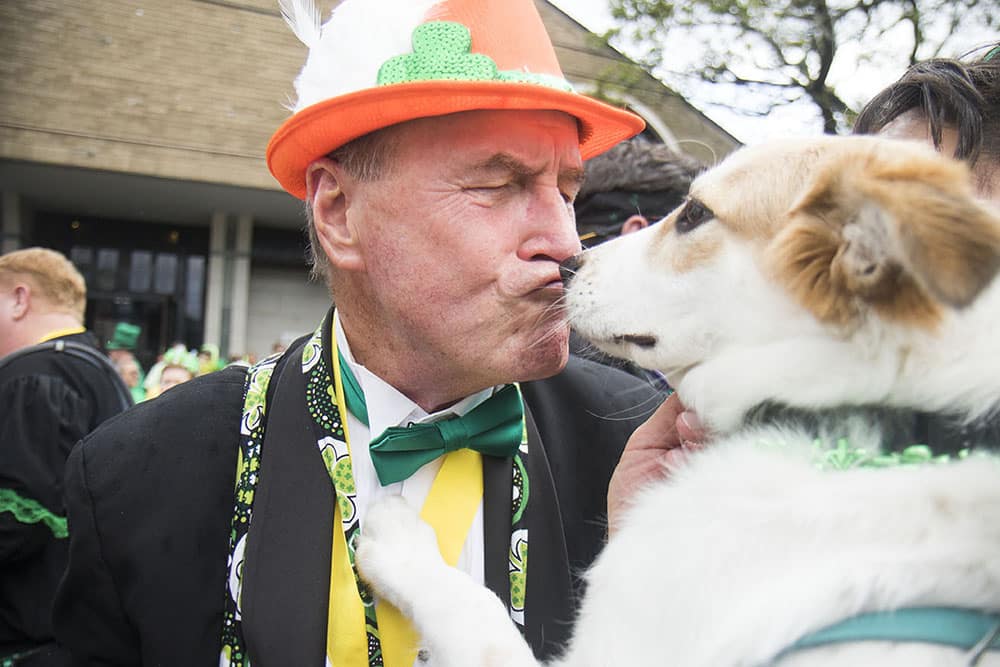 Dale Cooney gives a kiss to Callie, a canine reveler on Magazine Street, during the 2018 parade.

The Irish Channel St. Patrick’s Day Parade is returning after a two-year hiatus. Magazine Street in the Channel will be awash in green on Saturday (March 12), with the parade beginning at 1 p.m. on Felicity and Magazine streets.

One of the first events canceled by pandemic precautions in 2020, the parade is back in full force. The Irish Channel St. Patrick’s Day Committee, the parade organizers, report the largest membership in the club’s 75-year history, at more than 1,400. “While the top root is Irish Heritage,” the group’s website states, “many members feel an even stronger bond, just being from or associated with the Irish Channel.”

For the members, the day begins with a pre-parade Mass at St. Mary’s Assumption Church. After the Mass, men wearing formal attire accessorized in green spill into the streets and begin the parade. 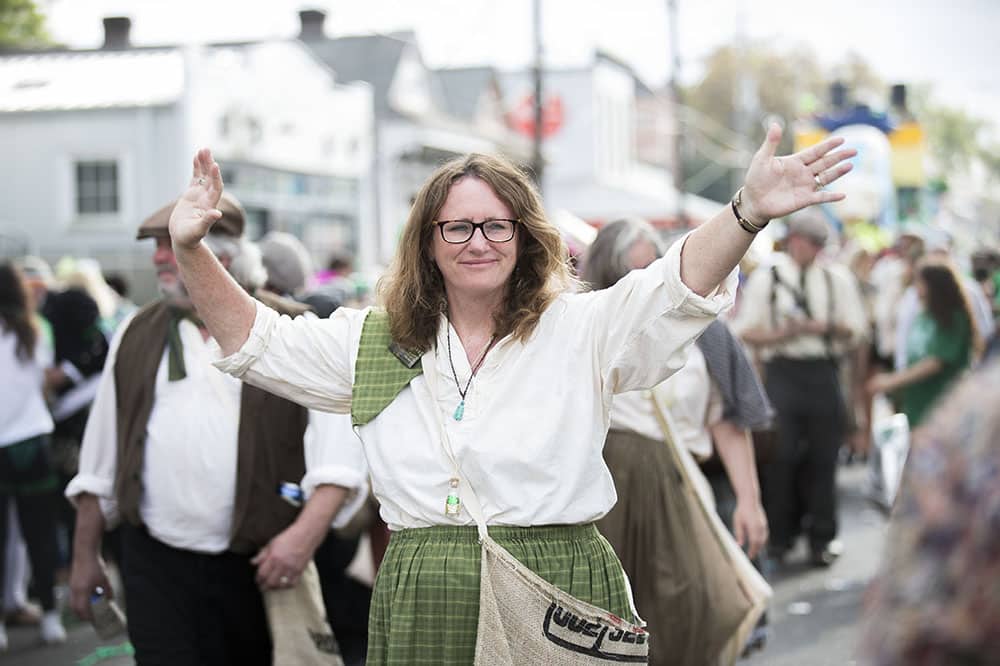