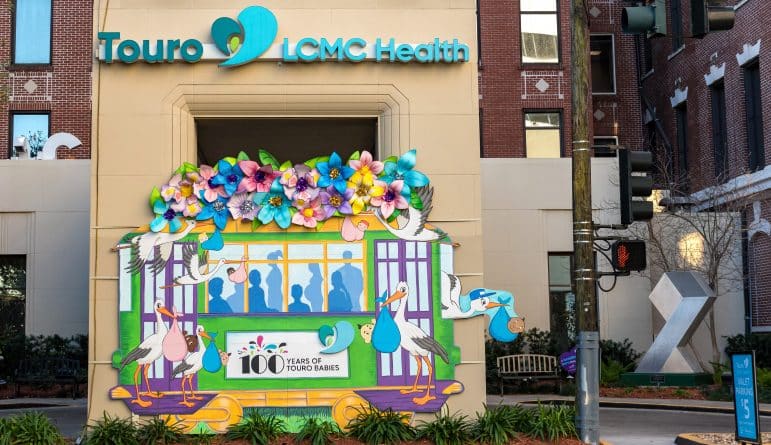 It has been a hundred years since the Touro Infirmary established its maternity services in 1922.

“Before then,” said Jessica Muntz, the director of marketing and communications for Touro, “of course there was the occasional baby born in the hospital. But the maternity service was established as a formal department in 1922. At first, the doctors and nurses went to the birthing mother’s home for the delivery.”

Over time, it transitioned into births in the hospital, but the home services continued into the 1940s. Now the Family Birthing Center at Tourooccupies much of the second floor.

An iconic marketing campaign, featuring children born at Touro, established the Uptown hospital as the place “where babies come from.”

The centennial celebration of  “100 years of Touro Babies” includes a large house float that has been installed on the portico of the main entrance on Prytania Street. Last year, all the LCMC hospitals, of which Touro is a part, had house floats.

“For me, it was especially fun to work on the Touro house float because our daughter, Vivian, is one of those ‘Touro babies,” said Ian Darrow of Stronghold Studios.

Stronghold Studios used lumber and ratchet straps attached to the columns that were painted to camouflage the structure the house float was attached to. “Although this is one of the largest house floats we have done, it wasn’t really as complicated to install as you might think,” Darrow said. 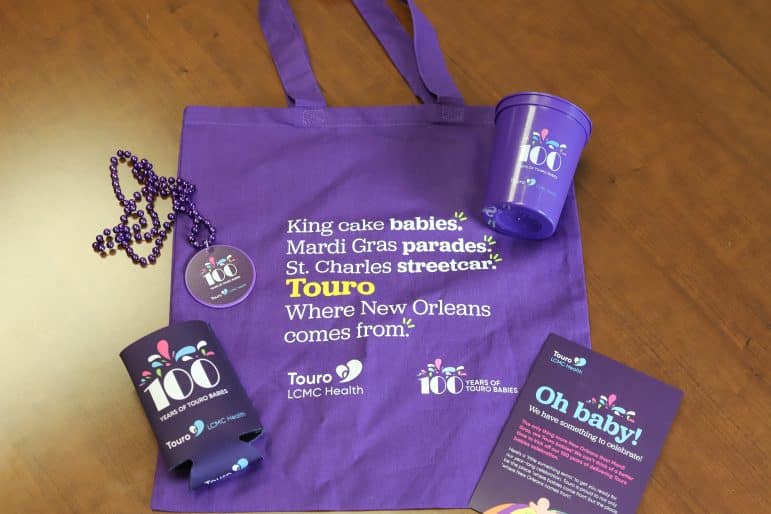 Taking the celebration into Carnival a step further, Touro also has cups, beads, coozies and tote bags. The throws were featured in the Krewe of Alla and the Krewe of Morpheus parades this Carnival season.

Those parades also featured Touro’s Nursing Nests van that they will be debuting later this year. The Nursing Nests is a specially outfitted mobile unit that can provide a safe, private and secure place for nursing mothers and their babies at festivals and other outdoor events. 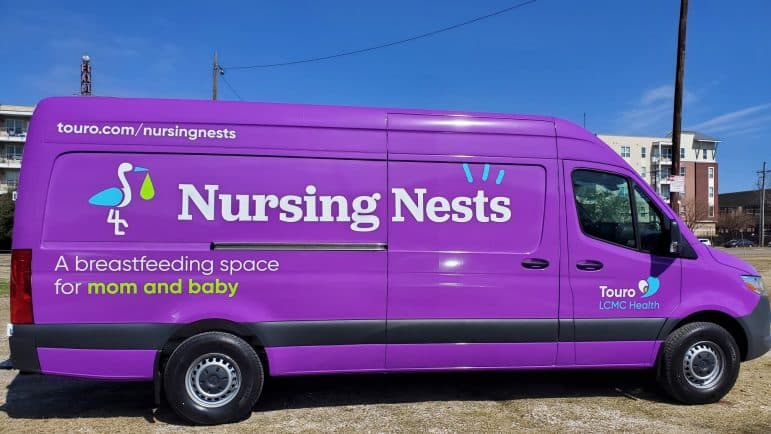 Touro will debut its Nursing Nests mobile unit this year.

“We are excited to celebrate this milestone of 100 years of Touro babies, and it seemed fitting to kick off this yearlong celebration during Carnival,” said Manny Linares, president and chief executive officer at Touro. “This celebratory year is not just for our hospital, but for the entire New Orleans community. Having our Hospital House Float pay tribute to this centennial anniversary and the generations of New Orleanians that got their start at Touro, is very special and something we’re proud to share.”

See here for a timeline of Touro’s century of delivering babies for New Orleans families.