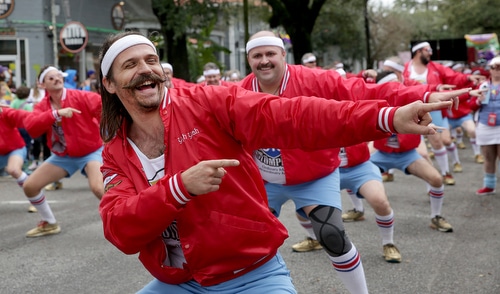 The 610 Stompers dance for the crowd on Magazine Street during the 2020 Krewe of Carrollton parade.

The sun is expected to shine on Femme Fatale, Carrollton and King Arthur. The National Weather Service promises near-perfect parade weather with highs in the upper 60s. 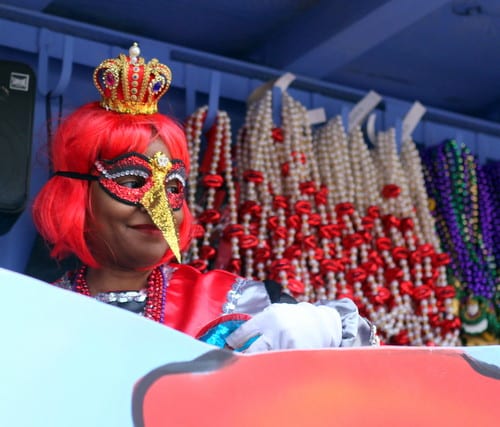 The Mystic Krewe of Femme Fatale rolls on Napoleon Avenue in 2019.

The Mystic Krewe of Femme Fatale, the first parading krewe founded by and for African-American women, will honor women in the media with its eighth parade. The grand marshal is WDSU-TV news anchor Gina Swanson. And nationally syndicated radio host DeDe McGuire is riding with the krewe.

Look for: The Caramel Curves Motorcycle Club and Buffalo Soldiers parade with the Femme Fatales.

Catch it if you can: The krewe’s signature throw is a bejeweled mirrored compact that “symbolizes a constant inward and outward reflection.” 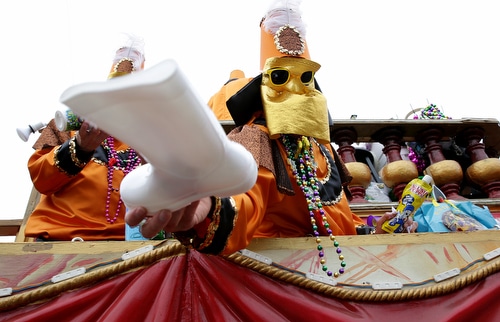 A Krewe of Carrollton rider passes a shrimp boot to spectator in 2020.

The all-male Krewe of Carrollton, the fourth oldest parading Carnival organization in the city, is part of New Orleans’ tradition of neighborhood parades. It was founded by a group of Oak Street businessmen in 1924 as the Seventh District Carnival Club and became the Krewe of Carrollton in 1947. Although the krewe no longer parades on Carrollton Avenue, its den remains in the neighborhood where it was founded.

Theme: “Once Upon a Time”

Watch for: The Budweiser Clydesdales march in the Carrollton parade.

Catch it if you can: Decorated shrimp boots are Carrollton’s signature throw. 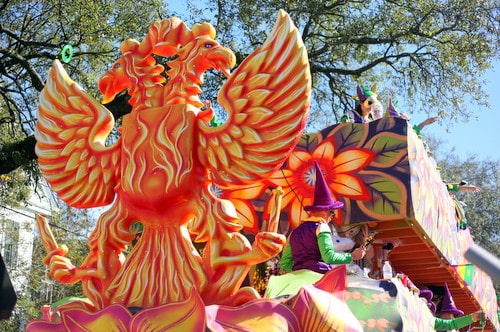 The Krewe of King Arthur, with 1,850 members on more than 50 floats, is the largest krewe to roll during the first Uptown parade weekend and the second largest co-ed parade in the city. King Arthur prides itself on diversity, bringing everyone to the round table. It is also a DIY krewe; the knights make their own floats and costumes.

Theme: “On the Road Again”

Catch it if you can: King Arthur’s signature throw is a decorated grail.