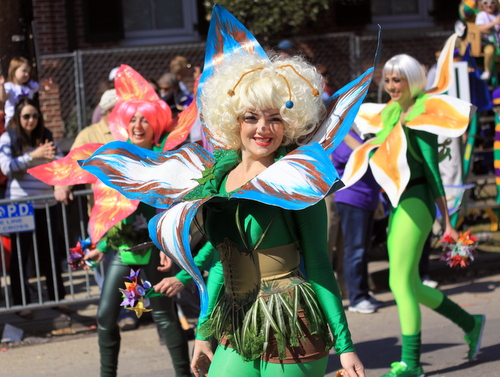 The Krewe des Fleurs marches in the Krewe of Iris.

The sun is expected to shine on today’s Uptown parades, Iris and Tucks. The National Weather Service attributes the clear, dry weather to “a deep layer ridge axis and associated negative vorticity advection,” but we believe it’s the Krewe of Iris’ special relationship with the goddess of the skies. During the Krewe of Tucks parade, however, expect a steady rain of toilet paper over the route. Temperatures will be cooler than average, with predicted highs only in the upper 50s. 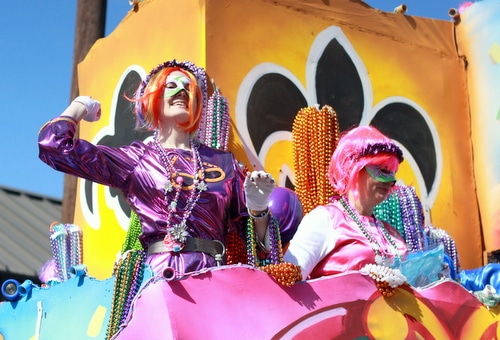 The Krewe of Iris rolls on Napoleon Avenue.

Krewe of Iris
The Krewe of Iris, founded in 1917 and parading since 1959, is the oldest and largest of the women’s krewes. Its membership continues to grow with more than 3,440 for this year’s parade, putting it in the superkrewe category.

Its floats keep growing as well. All of its 34 floats are tandem, and some are triple tandem, giving the krewe 71 units. The krewe has been nesting during the pandemic; it purchased land on Earhart Boulevard. and built itself two dens for all those floats.

As the namesake of both a popular garden perennial and the Greek goddess of the rainbow, Iris can’t help but have a colorful and cheerful parade. Iris in Greek mythology is also, like Hermes, a messenger of the gods, which must be where the krewe gets its storytelling skills.

Watch for: The popular Krewe of the Rolling Elvi and the Amelia EarHarts are among the walking groups. Riders will wear hand-painted masks. 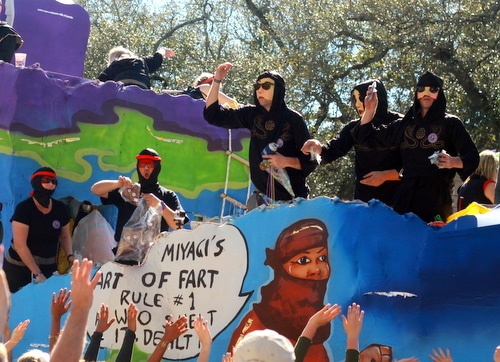 A Tucks float titled “Silent But Deadly” float rolls on Napoleon Avenue in 2017.

The Krewe of Tucks annually takes toilet humor to new heights, above the crowds on St. Charles Avenue. At 52, the “Animal House” krewe started by some college kids has not lost its irreverence or its energy. Tucks has 1,800 male and female members with one requirement: to put on a good show. The theme of this year’s parade is “Tucks Hits the Sweet Spot.”

Watch for: Signature floats include the King’s Throne, featuring a giant toilet; Ye Royal Bath, with a slide into a giant hot-tub; and Ye Funky Tucks, a three-float tandem with cage dancers.

Catch it if you can: Hand-decorated toilet brushes and plungers are the signature Tucks throw, including some decorated by Magnolia School’s adult students, who will be riding on a special float. 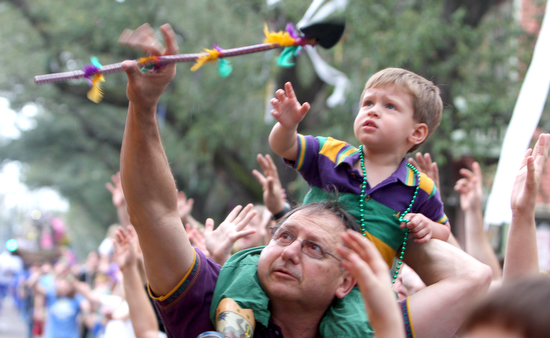 One thought on “Rolling today: Krewe of Iris and Krewe of Tucks”