After 49 years in public education, with 40 of those years served at Lusher Elementary and Lusher Charter School, Chief Executive Officer Kathy Hurstell Riedlinger is stepping down from her role as CEO at the end of the current school year.

Effective Jan. 28, Riedlinger transitioned into an advisory role to support Deputy CEO Nicolette London, who will assume the reins as interim CEO, pending the Lusher Board’s selection of a permanent CEO. Riedlinger’s tenure at Lusher will officially end in June 2022.

“Working with the support of so many in our school system and community, we have created one of the finest public schools in the history of New Orleans,” Riedlinger said in a press release. “Lusher achieved local, state, national and international recognition as a high-performance academic institution that pioneered arts integration into the education and development of children in New Orleans.

“I am incredibly proud of our students, alumni, staff and teachers, and what we have built at Lusher Charter School.” 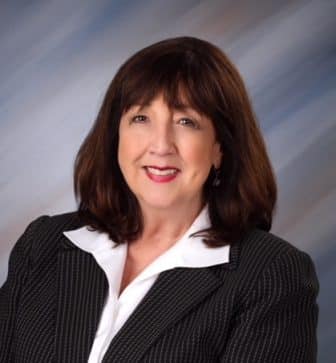 Riedlinger, who previously taught at Warren Easton and Woodson Junior High, became principal at Lusher Elementary in 1981. Under her leadership, Lusher grew to an in-demand, A-rated charter school serving more than 1900 students in grades K-12. Under Riedlinger, Lusher has grown to two campuses in Uptown New Orleans, and will soon add the Ellis Marsalis Jr. building on Loyola Street as a middle school campus.

Lusher is the highest-ranking K-12 school in the state of Louisiana and has received two National Blue Ribbon School awards under Riedlinger’s stewardship. She also initiated the school’s partnership with Tulane University, offering dual enrollment to Lusher juniors and seniors.

“During the 181-year history of the New Orleans Public Schools, Kathy Riedlinger’s nearly five decades of service as an educator and school leader rank among few whose tenure was so long and at one institution. That accomplishment alone, during so many changes in pedagogy and accountability, stands as a significant achievement,” said Ken Ducote of the Greater New Orleans Collaborative of Charter Schools.

“Moreover, when the public school system was shut down by Hurricane Katrina and the 2005 levee failure, she was a leading founder of this (GNOCCS) collaborative to help public school leaders reopen as charter schools. This handful of schools helped families return to rebuild our city. She founded Lusher Charter as a K-12 school during this period.”

In 2018, Riedlinger was awarded the prestigious Terrel H. Bell Award for Special Lifetime Leadership by the United States Department of Education, a designation given by her peers at the national and local levels.

Riedlinger will continue to advise on the daily operations of Lusher until her retirement in June, working closely with London, the new Interim CEO,  to ensure a smooth transition. 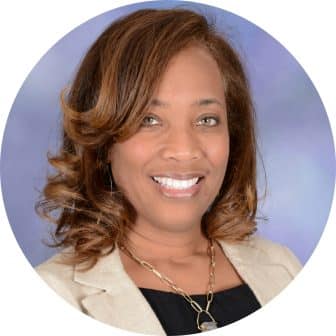 London began her Deputy CEO role at Lusher for the 2021-22 school year and previously served the Orleans Parish School Board as Executive Director of Federal Programs and External Grants, and as Chief of Network Schools. She most recently worked at Benjamin Franklin Elementary Charter School as chief administrative officer.

She returned to the Lusher community after previously serving as Lusher’s compliance specialist. She has experience as a staff developer and teacher in the Orleans public school system. London obtained a B.A. in communications from Loyola University, an M.Ed. in curriculum and instruction from Xavier University and M.Ed. in educational leadership from the University of New Orleans.

For more information on Lusher Charter School, go to www.lusherschool.org.