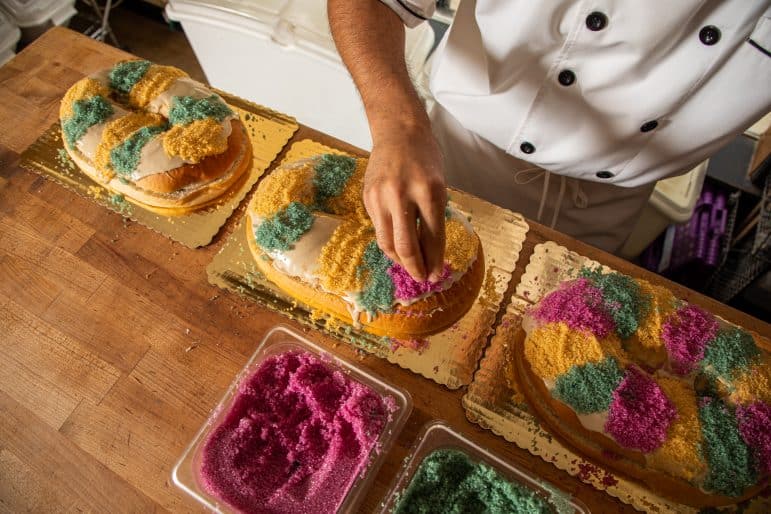 Matt Haines didn’t intend to write a book on king cake, its historical and modern incarnations, or the bakers who mix and roll it into shape and knead innovations into their dough each year. But when you spend a Carnival season determinedly sampling your way through scores of king cake varieties in the metro area, the development comes naturally.

Haines, an Uptown resident and the author of “The Big Book of King Cake,” said it all started at a party he attended a few years ago.

“I’d had king cake every Carnival season without really thinking too much about them for most of the years that I was in New Orleans,” he told Uptown Messenger. “But then, in 2017, I was invited to a king cake party.”

Every attendee of the lavish affair had to bring their own cake, and Haines was determined to bring the best. The problem was that there seemed to be a lot of cakes people had deemed “best.” 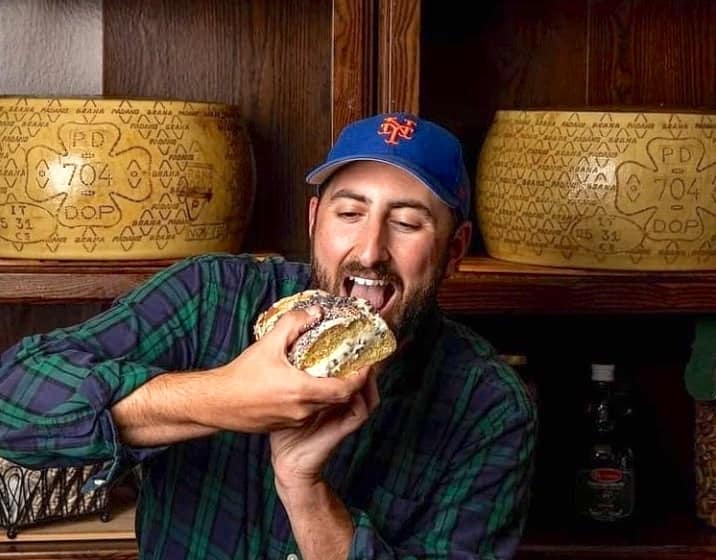 So Haines organized over 100 different cakes that he found online onto a spreadsheet. The stomach-boggling plan was to try them all. He notes that, during the long 2017 Carnival season, he managed to taste more than 80 of the cakes on the spreadsheet.

“In the Mid-City Messenger, Claire [Byun] wrote that I had done that, and she put the spreadsheet where I was tracking and grading them all online,” he said. On Mardi Gras that year, Haines logged onto the spreadsheet and saw that over 400 people were reading the document.

That Carnival season left a mark on Haines. 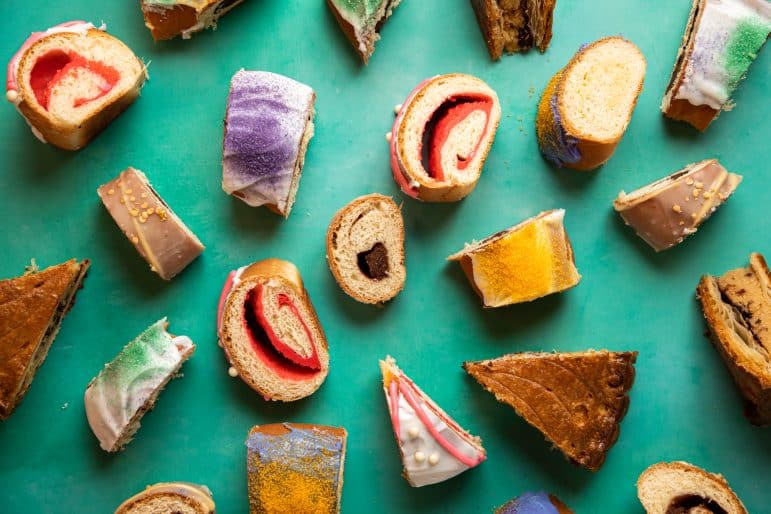 The king cakes of Gracious Bakery.

His knowledge and experience in Carnival-season tasting spawned the king cake book.

“Last year, king cake was the only thing that was typical of Carnival season that we could do,” Haines said. He began meeting with bakers and compiling the stories and research that grew into the book.

“The book started out being about king cake, but I quickly realized that it was much more interesting if it was about the unique stories of the people who made king cakes. So it became a celebration of the city’s bakers and bakeries”

There are 75 bakeries featured in the book, and each one has an essay on the baker’s unique story. 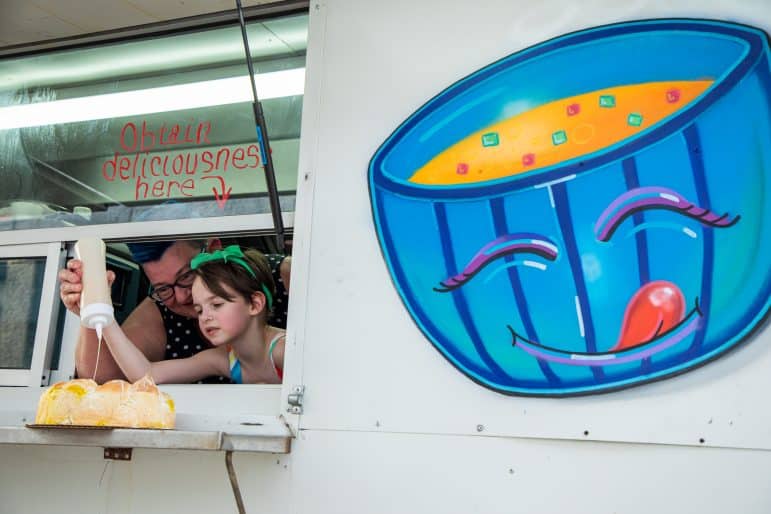 A king cake is iced at the Blue Bowls food truck.

Rather than merely drawing on French culinary traditions, Haines argues that the true roots of the king cake are far older than France itself, originating in ancient times. He said that round cakes, reminiscent of the sun, were eaten during the winter solstice holiday of Saturnalia celebrated in ancient Rome, a holiday that is syncretized with Christian Yule tradition.

“It was the shortest day of the year, but every day after that, the sun would rise a little higher,” he said. “Back then, that time of year would be really difficult — there would be shortages of a lot of things — so they would have a big feast around the solstice.”

This festival, says Haines, was full of markers any New Orleanian would recognize from Carnival: official holidays, costumes and elaborate feasts.

Haines says that serving a centerpiece round cake is the direct, if distant, ancestor to New Orleans’ beloved king cakes. It even had a bean in it, as a fève.

“Anyone who got the bean would be a king or queen of Saturnalia,” Haines said.

“In Roman times, and dating back to the Babylonians, if you got the bean, after being king or queen you would be sacrificed to the gods. So it was a little dark at the end of your reign,” he said. “Nowadays, people complain that they have to buy the next king cake. It could have been much worse.” 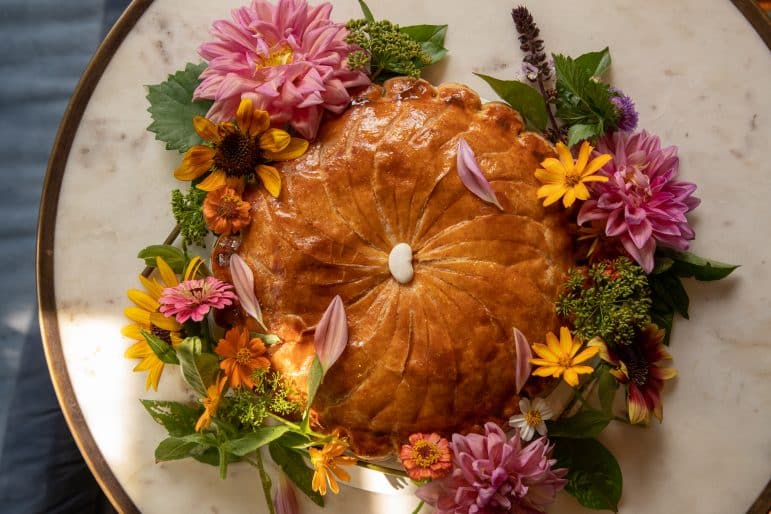 A king cake from 10 Cent Baking

As the Roman republic became an empire and conquered Europe, each region brought different culinary and confectionery contributions to the winter festival tradition. These cakes still exist today, and are eaten around the same time of year. The ritual often centers on Jan. 6 — known as Three Kings Day, Epiphany or Twelfth Night.

There was the galette de rois, gâteau de rois, Bolo Rei and Dreikönigskuchen. Each looks a bit different, but the gâteau de rois of Southern France and rosca de reyes in Southern Spain most closely resemble the New Orleanian king cake.

Haines explains that as Europeans of those areas colonized what is now New Orleans, they brought their cake traditions with them, which evolved into New Orleans’ king cakes.

As Carnival krewes and their balls proliferated in New Orleans in the 19th century, a new tradition began, wherein the finder of the fève hosted another party during the Carnival season. This meant, naturally, another cake — and so king cake made its way from an exclusively Twelfth Night treat to one enjoyed throughout Carnival.

One hundred years later, as American palates became accustomed to more sugary desserts, mid-20th century bakers traded a lightly sweetened brioche dough for a more dessert-like cinnamon roll dough. In the 1960s and 1970s, icing on top became more common. In the 1980s, as doughnut shops and other bakeries came into the king cake game, sweet fillings began to show up in king cakes. And Caluda’s crawfish cake helped start the savory king cake trend in the 1990s.

The void created when McKenzie’s Pastry Shoppes, a mass-purveyor of king cake, closed in 2000, Haines said, allowed other smaller bakeshops to leave their imprint on the genre. 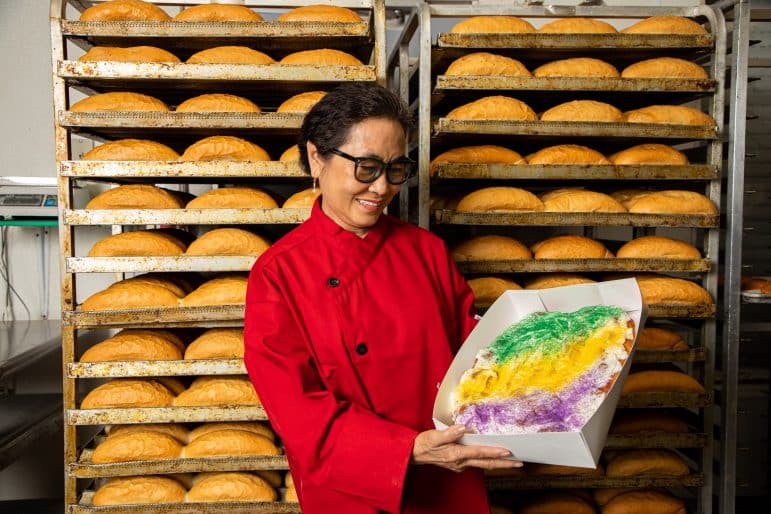 Haines mentioned how Dong Phuong, now widely regarded as makers of some of the best king cakes in the city, added the recent cream cheese icing innovation to king cakery to accommodate those who eschew the sweet frosting.

“Rather than using the sugar icing, they did a more savory icing on top,” he said. The horseshoe shape also comes from Dong Phuong co-founder Huong Tran’s experience as a seamstress, from a technique used to shape fabric.

“Every single bakery has their own unique story and history that leads to their own king cake,” Haines said.

For more information, check out 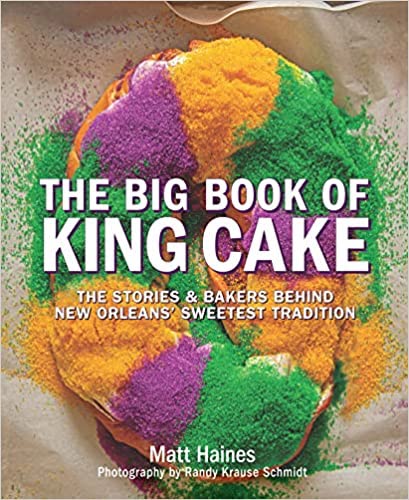