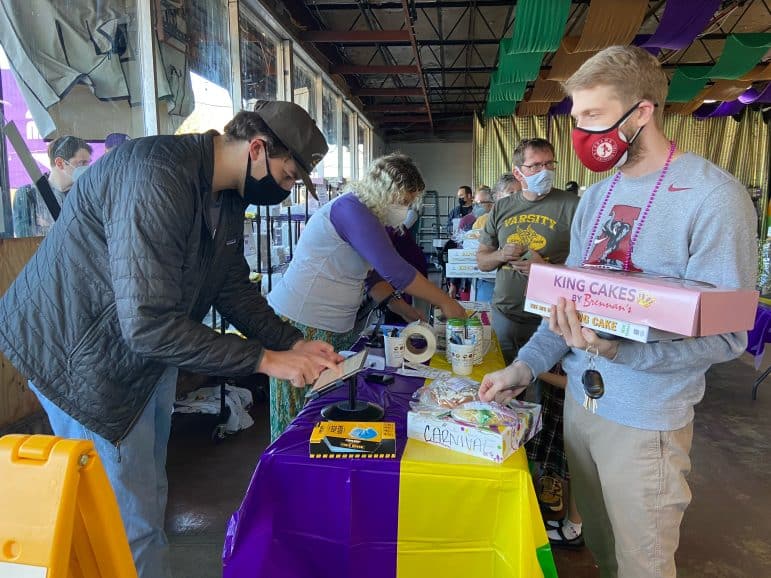 It’s Twelfth Night. I rushed out this morning to the King Cake Hub’s annual Carnival Kick Off Party, held this year at Zony Mash Beer Project. As I surveyed all the offerings, I couldn’t help but wonder what kind of impact Mardi Gras will have on Covid and crime, both of which continue to break records. Carnival should be a record-breaking event as well. People are tired of being cooped up and want to celebrate. Unfortunately those celebration could have negative consequences.

The windows of several other cars parked on my block were smashed on New Year’s Eve. Shards of broken glass littered the street like spilled popcorn. The police officer who wrote up the report said there have been hundreds of auto break-ins in my area even though property owners pay extra for police patrols.

The Nextdoor social media site is chock full of posts daily from angry crime victims whose packages are being carried off, homes being vandalized or cars stolen. Nextdoor’s second hottest topic is where to quickly find a Covid-19 test. At this point everyone knows someone who has contracted the omicron variant. Though most patients have been able to avoid intensive-care units, the virus is still impacting their lives, jobs and families.

While federal officials believe that omicron could peak within the next 30 days, a new variant, IUH, with 46 mutations has been detected in France. It’s not known whether IUH or another new variant will make its way to New Orleans before Mardi Gras Day. Experts do predict that people who are not fully vaccinated are likely to contract the disease.

After next week’s inaugural, Mayor LaToya Cantrell and the new City Council will begin grappling with many immediate issues including how to beef up vaccinations and testing, slow down crime and make the Mardi Gras season as safe as possible. Rebuilding and diversifying the economy, more early childhood education slots, additional affordable housing and developing an educated and motivated workforce are also priorities. Several newly elected council members ran as change agents and are hankering to get started. Though styles might not always align, as separate but co-equal branches of government our mayor and council must work closely to rebuild public trust.

Rumors are circulating that former Orleans Parish Criminal District Court Judge Keva Landrum could withdraw her name as a candidate for U.S. attorney for the Eastern District of Louisiana as early as next week. Before their December adjournment, the U.S. Senate confirmed the appointments of Louisiana’s other two new U.S. attorneys.

It’s still possible that Landrum makes the cut, but time is not on her side. The background check for federal judges and U.S. attorneys is especially arduous. The months-long extensive review includes a thorough search of all records along with numerous conversations with former associates, family and friends. More than one former spouse has soured an applicant’s chances.

If Landrum does withdraw from the federal process, she would not be the first New Orleanian to do so. Former Civil District Court Judge Michael Bagneris and former Clerk of Civil District Court Dale Atkins did not complete the review to join the federal bench. Businessman Fred Heebe was once considered a shoe-in for U.S. attorney. Bagneris continued as a successful lawyer and community activist. Atkins was elected to the Fourth Circuit Court of Appeal. Heebe leads his family’s multi-million dollar landfill enterprise.

Landrum unsuccessfully ran for district attorney against current DA Jason Williams. She might get a second chance at that slot if Williams is convicted of federal tax fraud. His former wife is thought to be a star witness in the trial, which is not likely to begin for several months. U.S. District Judge Martin Feldman has hinted at a long delay