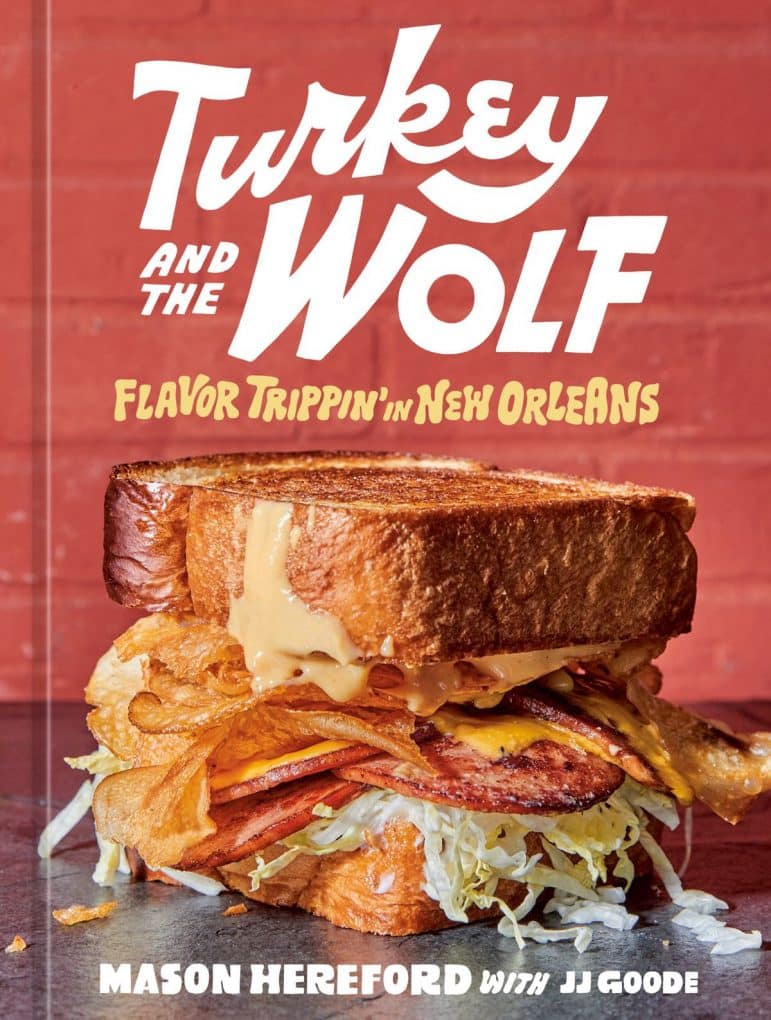 Fans of chef Mason Hereford and his restaurant Turkey and the Wolf will have to wait longer for his upcoming cookbook.

The same applies to turkeys and wolves, when it came to the distribution plans for the cookbook “Turkey and the Wolf: Flavor Trippin’ in New Orleans” from Ten Speed Press.

Allow me to explain.

The Turkey and the Wolf restaurant has been serving up delicious comfort food at 739 Jackson Ave. since 2016. The menu consists of items like Fried Bologna Sandwich, Collard Green Melt, Mama Tried Burger and Hog’s Headcheese Taco.

“Turkey and the Wolf: Flavor Trippin’ in New Orleans” contains 95 dynamic recipes from Mason Hereford, the James Beard Award-nominated chef-owner of Turkey and the Wolf in the Lower Garden District. All put a playful spin on Southern food.

The book was set to be released on Feb. 15, but it seems that fate had other plans. On Tuesday (Jan. 25), Hereford took to Instagram to explain that there had been a container collapse on the MV Madrid Bridge, the cargo ship that was carrying the Turkey and the Wolf cookbooks. Thankfully, no one was injured in the collapse, but the fate of the books is unknown.

According to supply-chain news site The Loadstar, the MV Madrid Bridge lost 60 containers overboard, with a further 80 damaged in a containership collapse last Friday. The collapse was said to have been caused by a large swell and 22-knot winds.

Hereford wrote on Instagram: “The bad news is the books might be in a cargo container at the bottom of the Atlantic Ocean.”

“We’re always prepared for wild things, just because of everything that has happened in the past two years,” Hereford told Uptown Messenger, “but we weren’t expecting this.”

While the exact fate of Hereford’s book won’t be known for weeks, the release of “Turkey and the Wolf: Flavor Trippin’ in New Orleans” has been pushed back to June 21.

Signed copies of “Turkey and the Wolf: Flavor Trippin’ in New Orleans” preordered through Turkey, and the Wolf’s website are being distributed through Garden District Book Shop.

“It was important for us to keep it local and we knew that Garden District Books could handle the pre-orders that have been coming in,” Hereford said.

There’s another famous saying: “All things come to those who wait.” Hereford’s book will, no doubt, be worth the wait, and this wild story will be great to tell while preparing the book’s recipes.

One thought on “That sinking feeling: Turkey and the Wolf cookbooks may be at the bottom of the Atlantic”