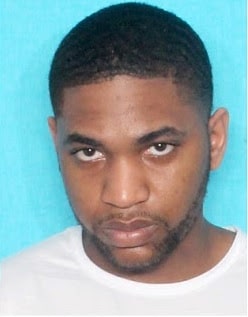 The New Orleans Police Department has arrested Travis Seals, 30, and Jamaur Johnson, 33, and has obtained an arrest warrant for Darnell Phoenix, 26, in the ongoing investigation of an aggravated battery by shooting on Dec. 20, 2021, in the 1500 block of Delachaise Street.

At about 3:15 p.m., NOPD Sixth District officers and detectives responded to multiple reports of gunfire in the 1500 block of Delachaise Street. Responding officers, with the assistance of Touro Infirmary Security officers, apprehended and arrested Seals and Johnson.

Upon investigation, detectives determined that an exchange of gunfire occurred between two parties. Further investigation led detectives to identify Phoenix as also being involved in the incident and as having fled the scene prior to officers’ arrival.

Phoenix is currently wanted on a charge of possession of a firearm by a felon.

Anyone with additional information on this incident or on Darnell Phoenix’s whereabouts is asked to contact NOPD Sixth District detectives at 504-658-6060 or call anonymously to Crimestoppers of Greater New Orleans at 504-822-1111.