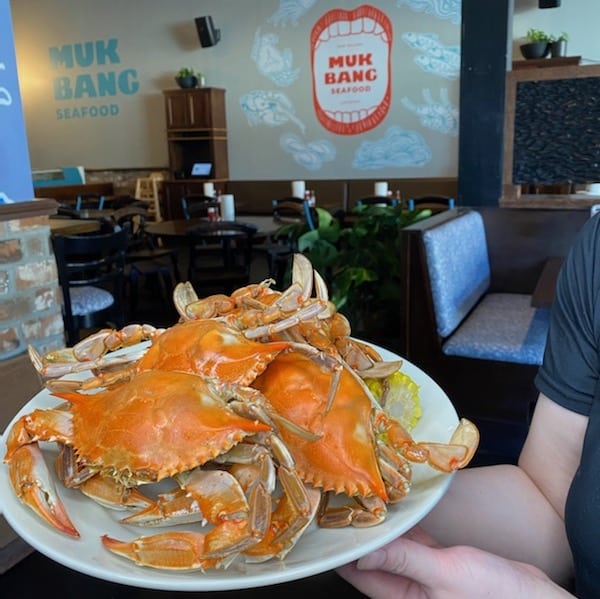 The crab plate at Mukbang Seafood

Kim Nguyen is no stranger to restaurants. This third-generation restaurateur grew up in the business in both New Orleans and Texas. Her grandmother owned a restaurant in California, her mother ran Chinese-American restaurants in New Orleans East, and her father owns Lee’s Seafood & Grill in Kenner.

Nguyen is the force behind Magasin Vietnamese Café, which has been serving generous bowls of pho and crispy banh mi at 4201 Magazine St. since 2012. She went on to open Magasin Kitchen at 611 O’Keefe Ave. in the Warehouse District in 2016. She also owns Magasin Table in Oklahoma City.

Nguyen’s latest venture, Mukbang Seafood on Oak Street, is a partnership with her husband, Luu Tran. The restaurant is named for the popular YouTube and TikTok trend of eating a large amount of food in one sitting while talking to an online audience. Her sister Thúy Nguyen and brother-in-law Thai Nguyen are also involved in the business.

Mukbang is located at 8312 Oak St., the former site of Chiba, a sushi restaurant that closed during the Covid-19 pandemic when the owner relocated to Tennessee. 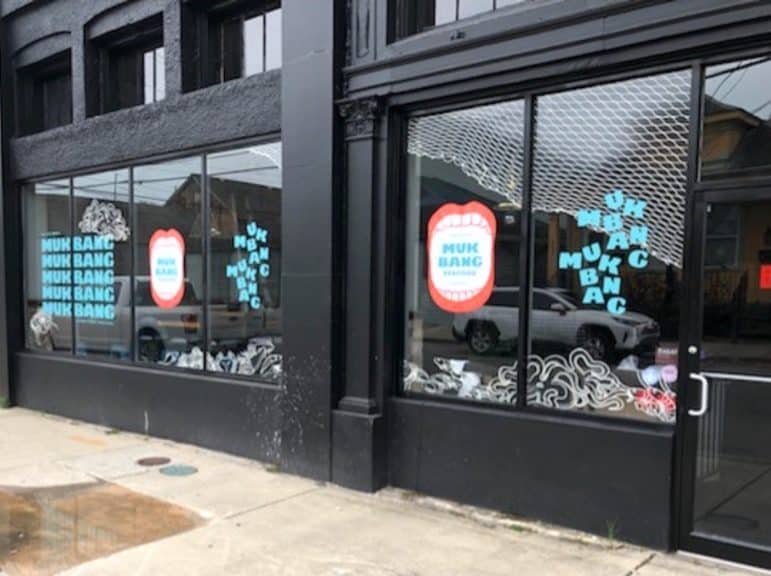 Nguyen thought that naming the new restaurant after the indulgent eating trend would be perfect, given New Orleanians’ love for food. The specialty of the restaurant is seafood of all kinds with an emphasis on boiled seafood and Viet-Cajun seafood doused in massive amounts of butter.

“My husband cooks really great seafood, and my family has always been into seafood and we thought it would be lucrative,” Nguyen said.

At Mukbang Seafood, you will find the classic fried po-boys and fried seafood platters that people expect from local seafood restaurants. However, what stands out here is the boiled seafood that encapsulates the Viet-Cajun trend that has emerged in Houston and elsewhere.

“We do a Cajun-infused boil, like a typical boil, and then on the outside we smother it with garlic butter and other spices,” Nguyen said.

If you’re visiting for the first time, Nguyen suggests garlic noodles, a unique dish on the menu. She also recommended the Mukbang seafood platter, which comes with an array of boiled seafood such as mussels, shrimp, crabs and snow crabs, along with soft eggs and Persian cucumbers, drenched in Mukbang’s garlic butter sauce. Platters are served with coleslaw, crawfish hushpuppies and Texas toast. 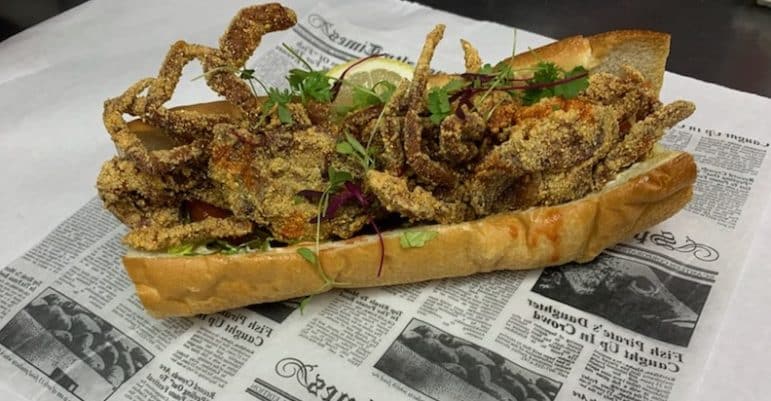 Mukbang Seafood is reopening after a two-week closure due to the Covid surge. Nguyen said, “We just decided to shut down in order to contain it as much as possible. We wanted people to be able to chill out and enjoy their holidays.”

Like many restaurant owners, Nguyen has had to navigate owning a restaurant during the Covid pandemic.

“We’re doing temperature checks, masking, and giving our staff take-home tests in order to make sure that everyone is staying safe,” Nguyen said. “Along with that, labor and food costs are increasing. People think it’s crazy to open a restaurant right now, but we’ve been slowly rolling it all out. I think this has been my slowest roll out for a restaurant.”

The restaurant will soon be serving alcohol and plans to introduce a Happy Hour next month. 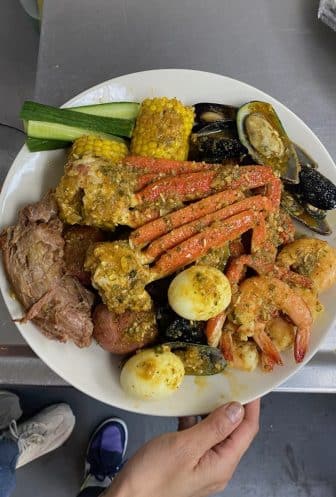 Hours: Tuesday through Saturday, 5 to 9 p.m.