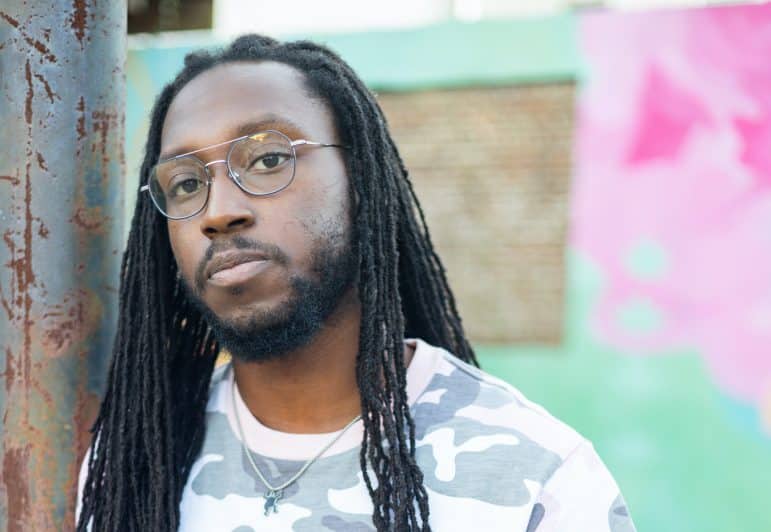 Alfred Banks, 30, has had a banner year as a hip-hop artist.

A few days after hip-hop artist Alfred Banks returned to his Uptown apartment from a Hurricane Ida evacuation, his ceiling caved in. Mold began to penetrate his apartment. So he left for Dallas and, after some texts to a few connections, ended up doing three shows there.

“Not coming from a lot financially, not having financial backing and not being signed to a record label, you have to be resourceful as an independent artist,” he said. “It’s just mandatory.”

Banks, 30, is making a full-time living from his music for the first time in his life. During 2021, he toured with Big Freedia, rapped in a national TV ad and released an album, “One Guy Standing By Himself,” that hit No. 3 on the iTunes hip-hop chart.

That’s not what he expected in 2020 after losing 60 shows — including what would have been his first Jazz Fest performance — because of Covid-19 cancellations. He also lost the retail job he had worked for nine years. So he started delivering for Uber Eats on his bike. He saved enough money to buy his first car, then traded it in for a better one.

While in lockdown, Banks began making freestyle rap videos on Tik Tok, which landed him a performance in the Smoothie King Center for the Pelicans’ halftime show. Another video garnered 200,000 views on Instagram and 80,000 on Facebook. Despite going viral, Banks is quick to point out that social media can help build a career but it won’t bring an income. “I still believe in hitting the ground, talking to people, doing shows, kissing babies,” he said, “Just really talking to the people, that’s what I’m about.”

Banks was born and raised Uptown, which he says has influenced all facets of his life. “It’s that flavor, a kind of deconstructive, kind of relaxed, old-school but fresh energy that Uptown gives me,” he said, “and I put that in my music.”

Whenever he’s writing music, Banks takes long walks along St. Charles Avenue or Magazine Street for inspiration. He’s lived all over the city, but Uptown keeps calling him back. “It just feels good around here. That’s why I rep Uptown so hard. I’m from the 12th (Ward), right on the edge of the Irish Channel,” he said. “That’s where I’m from and I’m very proud of that. Uptown is where all the dope rappers are from — look at Cash Money, No Limit.” 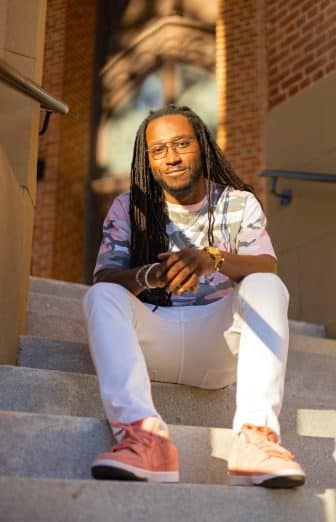 Sitting in the Children’s Resource Center Library on Napoleon Avenue and Magazine for this interview, Banks was reminded of the days when he used to come to this branch to log onto his MySpace account and look up rappers like Lupe Fiasco, whom he opened for at Xavier University in 2014.

Banks still plays basketball at Laurence Square, next to the library. “I love being around here because it reminds me of where I’ve been, where I came from, where I’m at and where I want to go, all in the same area,” he said. “That’s why I love Uptown.”

He also credits his mother for his success. “I’m grateful that my mom allowed me to be that creative kid, to twist my little hair up and be expressive in ways that I wanted to be because I felt comfortable doing that,” he said. “It’s small lessons like that that reverberate through my whole life. And I think that’s why I am where I’m at.”

In addition to reaching other milestones, he won Best Rapper at the 2021 Gambit Awards and nabbed a cover story. SaxKixAve, Banks’ side project with Albert Allenback of Tank and the Bangas, is returning to the Smoothie King Center on Tuesday (Jan. 4).  He was on the road promoting their new song, “Kaleidoscope,” when he evacuated for Ida.

Banks noticed an uptick in show attendance after venues reopened in 2021, sparking a fervor for live music. He nearly sold out a show at Gasa Gasa in May. Unfortunately, now that the omicron variant is ramping up, Banks noted, “we’re going to have to think about other ways to support ourselves besides live shows.”

Banks still has his up and down moments. A show in Athens, Georgia, brought a crowd of only seven people, but a few weeks later he hit the road with Big Freedia. Touring with Big Freedia, he said, has expanded his fan base and exposed him to the LGBTQ+ community, further deepening his appreciation for and understanding of equality for everyone.

Banks’ core fan base is in their mid- to late-30s and up, which he attributes to rapping “about hustle and adult shit, so adults can relate to it more.” That said, he notes that his music is for everyone. “You’ll see a 45-year-old White chick at my show and like a 31-year-old Black dude, a hood dude from right around the corner and a preppy dude from Loyola. All these people come to my gigs because anyone can like my music.”

Essentially a small business owner, Banks says that his passion for music has become his identity both on and off the stage. “It’s literally ingrained in me (being a rapper) at this point …being an independent artist, being someone that every moment is a moment that I could be doing something.” Banks said. “I’d rather be out making money or I’d rather be out making fans or promoting myself, instead of relaxing.”

Banks has a sense of responsibility not only to himself but to the people who support him, from producers and his management team to his family. “If I lose, a lot of people around me lose too. And I have that stress and that pressure to be the bread giver for a lot of people.” Banks said. “That inspires me more than any song, more than any performance.”

When asked what advice he has for up-and-coming musicians, he said: “Just don’t quit. It’s easy to say that, but you just can’t. There’s going to be days that are rough. Always look for ways to progress yourself.” He encourages young artists to learn the business side of the music industry, such as carefully reading contracts and learning industry terms, in addition to honing the craft.

Banks’ goal going forward is to perform as much as possible. After a show, he sometimes sits in the car and thinks, “Damn, I do this for a living. This is amazing.”

Reporter and photographer Christy Lorio can be reached at slowsouthernstylellc@gmail.com.