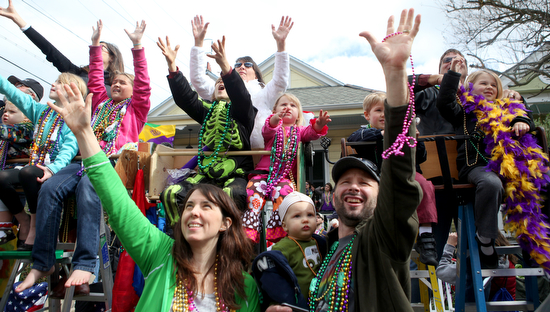 Families gather on Henry Clay Ave. for the Thoth parade.

The city will not readjust the Krewe of Thoth’s 2022 route to allow the parade to bring Carnival to patients in medical institutions along its idiosyncratic path that includes Henry Clay Avenue, Doug MacCash reports in The Times-Picayune | New Orleans Advocate and NOLA.com.

The New Orleans Police Department does not plan to accommodate krewe officials’ proposal to remove the downtown section of the parade to keep its traditional route deep into the Uptown neighborhood, Mayor’s Office spokesperson Beau Tidwell told MacCash. “The routes announced in December will stand for this season,” Tidwell said.