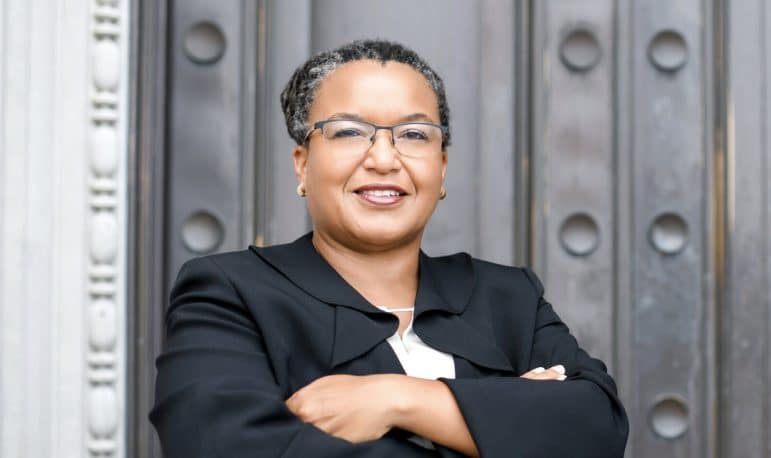 It was no surprise that long-time criminal justice reform advocate Norris Henderson was standing right behind newly elected Sheriff Susan Hutson and her most powerful ally, District Attorney Jason Williams, at Saturday night’s election celebration. Most experts say Hutson would never be about to become the parish’s first female sheriff without the outside funds from political action committees operated by Henderson and others.

“PAC funds are the new tool in everyone’s political tool box. Though the candidates cannot control them, PACs have become a very effective way to either support or attack a candidate,” said one consultant. PACs can receive unlimited contributions but cannot coordinate with candidates directly. Yet through research and polling, PAC organizers can develop messages based on the strength and weaknesses of targeted candidates.

The political action committee Henderson founded, Voters Organized to Educate (V.O.T.E.), was not the only big player this season. Also active in the field were the PAC for Justice, Willie and Elizabeth Monaghan’s All In PAC, the Working Families Party PAC, the True Leadership PAC and A.P. Marullo’s People Over Politics PAC. Along with highly effective educational campaigns mounted by the American Civil Liberties Union  and the Orleans Prison Reform Coalition, these groups exhibited a level of outside pressure never seen before in New Orleans politics.

Henderson began developing his community organizing skills during his 27 years of incarceration, which inspired a passion for impacting public policy in the criminal justice arena. Slowly, patiently, Henderson has developed a constituency of like-minded individuals and built a donor base of large and small givers to fund reform measures. Electing Hutson is Henderson’s biggest victory to date.  V.O.T.E. could also expect substantial support at the City Council because of its endorsements of Council President Helena Moreno and Councilmen-elect J.P. Morrell and Freddie King.

The All In PAC’s singular focus against District B Councilman Jay Banks turned out to be more than he could overcome in a district that is no longer majority Black. The People Over Politics PAC successfully set its sights on defeating District C Councilwoman Kristin Gisleson Palmer and Clerk of First City Court Austin Badon.

Congressman Carter went on to win all his races. In addition to Lombard, his team supported Moreno, Morrell, District A Councilman Joe Giarrusso, Harris and King.  Carter made no endorsements in council districts D and E.

Starting with the century-old Regular Democrats Organization (RDO), New Orleans’ alphabet soup of political organizations have always played a role in getting their favorite politicians elected. Without the fundraising freedom enjoyed by PACs, these groups’ effectiveness is being tested. This year approximately 10 of the strongest groups raised enough funds from their endorsed slate of candidates to pay for mailers. They include LIFE, SOUL, IDEA, TIPS, NOEL, COUP, APAC, OPDEC, Women on the Move and, to a lesser degree, the Black Organization for Leadership Development (BOLD).

BOLD is suffering after the defeat of Banks and Badon, and the political class appears to be smelling the blood in the water. State Rep. Candace Newell could also face competition when she runs for re-election in two years. With state Sen. Karen Carter Peterson facing term limits, the group has no choice but to reorganize. BOLD president Darren Mire, a former district assessor, is likely to run to replace Assessor Erroll Williams, who may retire in four years. Mire’s got his work cut out for him between now and then.

With the elections over, perhaps attention will turn to governing — working together to get things done. That would be a much welcomed change for a city and its citizens who have suffered so much during the past two years.

Gov. John Bel Edwards will be greeting supporters of U.S. Rep. Troy Carter at a “happy hour” fundraiser on Dec. 27 at the Windsor Court Hotel. The event will take place from 4 p.m. until 6:30 p.m.  Tickets start at $500.