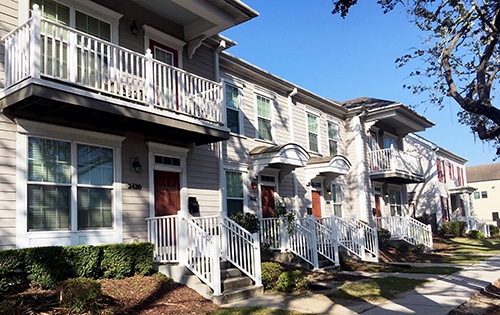 The proposition appears on the ballot this Saturday (Dec. 11). If voters reject the renewal, the tax will expire at the end of the year. Proceeds from the tax are directed to the Neighborhood Housing Improvement Fund (NHIF), which also receives a relatively new tax on short-term rentals.

The BGR report raises concerns about the city’s accountability for the tax revenue and the effectiveness of the City Council’s oversight of the housing fund. It also notes that the proposed 0.91-mill, 20-year housing tax would direct all revenue to the NHIF instead of allowing the city to allocate revenue between the housing fund and a separate special fund for economic development.

“While there are many ways the tax can support affordable housing and neighborhoods, the city has not developed a spending plan that shows how it would use the tax to achieve specific housing development or neighborhood improvement objectives,” the BGR states in a news release.

Morris said the BGR is unfairly disparaging the tax because of a lack of “good stewardship” on the part of city leaders. “The administration and the City Council need to do a better job of managing these funds,” Morris said. Morris also said that the proceeds from this property tax, approximately $3.5 million annually, provide the local match for the millions of federal housing funding the city receives annually.

NHIF funds have been used to help first-time homebuyers, manage homeless shelters, provide financial incentives for private-sector-led affordable housing initiatives, clear away blighted properties, and fund emergency rental and landlord assistance programs. Prior to 2019, proceeds from the housing tax were also used for economic development projects. After property tax rates increased due to the quadrennial reassessment, the City Council reduced the overall property tax rate and eliminated economic development initiatives as allowable uses for the funds.

BGR acknowledges that there is a need for additional affordable housing and that the problem has only gotten worse since the pandemic began. The researchers cite critical gaps in planning and accountability that undermine the tax’s potential effectiveness, stating: “Before asking voters to consider another dedicated tax for housing, the city should adopt oversight, planning and evaluation practices that will ensure accountability.”

Morris agrees that tighter controls must be put in place but said the need for affordable housing is too great to vote down the tax, even temporarily. “There are literally millions sitting on the table. Giving the money back until we can come up with the perfect plan is not the best way to address the crisis. The NHIF has helped people during the last 30 years. If we lose it, there is nothing to replace it,” she said.

With many council runoff candidates receiving A and B scores, Morris is hopeful that the newly elected body will pressure Mayor Cantrell to operate the program more efficiently. “The housing tax is no different than any other city tax. None of them are managed perfectly. Of course, government can do better. In our strong-mayor, strong-council form of government, the New Orleans City Council has the power of the purse, the final approval of how the funds are used,” Morris said. “They have to want to take action about affordable housing. In the end, it’s all about the need for the public to hold the mayor and city council more accountable.

According to GNOHA research, more than 33,000 affordable housing opportunities are needed at this time. That number could be reduced through a combination of blighted property sites, new development on land owned by the Housing Authority of New Orleans and other sources, as well as from vacant private-sector rental units currently not “priced correctly.” Morris said she believes a new financial subsidy could be the incentive a private landlord needs to rent a unit to an income-limited family. The success of this tri-pronged strategy would also help keep renters from being priced out of the city. She also believes that there are still citizens displaced by Hurricane Katrina who would return if housing was more affordable.

Morris is pleased with the many affordable housing initiatives in the pipeline citywide including in the University neighborhoods, Uptown, the Garden District, Central City and Gentilly. She is even more excited about the new federal dollars headed to New Orleans from President Joe Biden’s recovery programs and Hurricane Ida relief.

“We need to make proper investments in housing to help overcome Covid and other long-time problems,” Morris concluded. “This is our opportunity to do it right. We must invest in the people who make New Orleans New Orleans.”

Secretary of State Kyle Ardoin is predicting a turnout in the 16-18% range for Orleans Parish for Saturday’s elections, which include races for sheriff, clerk of criminal district court, council members in districts B, C, D and E and two tax renewals. Several candidates have held fundraisers in the past 48 hours to fund election day activities. Saturday’s forecast currently includes clouds and rain. A cool drizzly day could keep some voters at home.

District 98 state Rep. Aimee Adatto Freeman is midway through her annual drive to collect food and funds for Second Harvest Food Bank. “Just $5 can provide meals for 20 families,” said Freeman. Donations of canned food can be dropped off at Freeman’s office, 8600 Oak St. Cash donations can be made online at www.no-hunger.org.