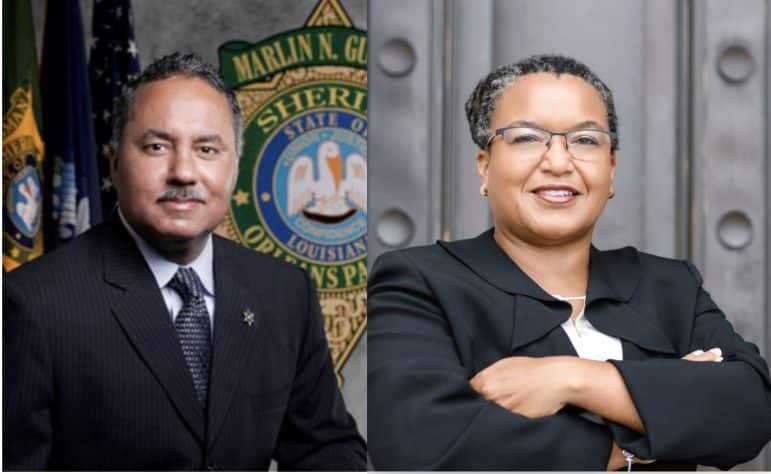 Although Hutson came in second to Gusman in the primary race in November, she won the runoff with 53% of the vote. She garnered around 32,000 votes while Gusman, who has held his post for 17 years, got around 28,000. Turnout was 22.4%, according to unofficial election results from the Louisiana Secretary of State.

While Gusman won the most precincts in the neighborhoods of Lakeview, New Orleans East and Algiers, Hutson managed to grab most of Uptown, Central City and Mid-City. Her strongest area was the Bywater, where she won a string of precincts that gave her 80% or more of the vote.

Hutson won 203 voting precincts while Gusman won in 144, plus early voting. There were also four ties.

Both Hutson and Gusman are Democrats,  but Hutson ran decidedly to Gusman’s left. The former New Orleans independent police monitor, Hutson promised a string of reforms for the parish prison, including bringing in a new healthcare provider, housing transgender inmates according to their gender identity and stopping the practices of charging inmates for phone calls to their families.

Her biggest promise may also be one that she could find difficult to keep: opposing the construction of a new jail building. The Sheriff’s Office operation of the prison is under a federal consent decree, and as part of that decree a federal judge has ordered the city to  include a facility for mental health patients.

Gusman has supported the jail expansion, arguing that it would help support inmates with special needs. On the flip side, criminal justice advocates have argued that the expansion is expensive, won’t help people with mental illness, and may lead to an overall increase in the jail population.

Hutson and Mayor LaToya Cantrell both oppose the jail expansion, arguing that the city can fulfill the obligations of the consent decree by retrofitting the old building instead. The controversial issue has yet to be decided in court.

A map showing the winner in each precinct is below. To see how your neighbors voted, check out the interactive version of this map here. Find your ward and precinct here. 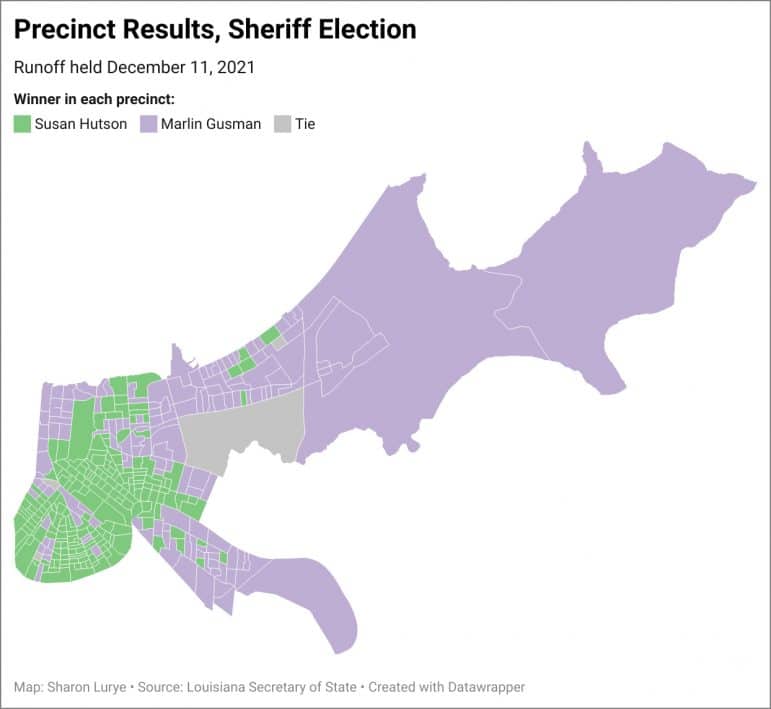