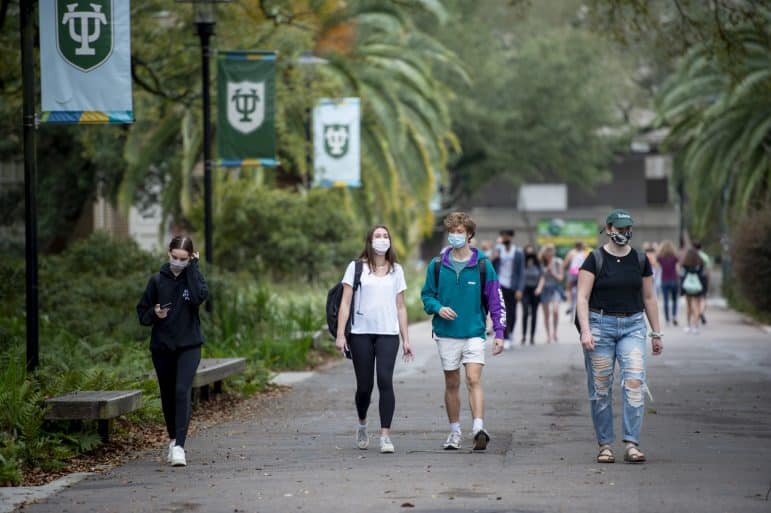 The university’s new residential village currently taking shape along McAlister Way on the Uptown campus received a boost recently from an alumnus whose name is synonymous with Tulane men’s basketball.

Real estate magnate Avron B. Fogelman, a 1962 Tulane graduate, and his wife, Wendy Fogelman, a 1963 Newcomb College graduate, are providing the lead gift to build the pre-eminent student hall in the university’s residential project. The gift will propel the construction of Fogelman Hall. The freshman residence will replace Irby Hall, a popular residence hall on the former Bruff Quad next to McAlister Auditorium.

Fogelman Hall will be one of five new residential buildings in The Village, the name for Tulane President Michael Fitts’ vision for reimagining the university’s residential spaces.

As the largest capital investment in Tulane’s history, The Village will dramatically increase on-campus residential capacity and help revolutionize how students experience Tulane by intertwining opportunities for living and learning, according to a Tulane press release.

“Residential living at Tulane is a primary nexus through which we educate the whole student,” Fitts said. “Far from being just a dorm room, it is a space that brings together the intellectual, social and emotional components of student life.”

Fogelman Hall will house more than 300 residents — an increase from Irby’s 220-student capacity — and will feature numerous amenities that foster round-the-clock academic enrichment for the entire student body.

A Tulane professor will live in Fogelman as faculty-in-residence, serving as a mentor to first-year students and programming academic activities in the hall.

Construction on Fogelman Hall will mark Phase 2 of The Village project, which also calls for replacing Phelps and Paterson halls. Phase 2 will increase the total number of beds on the quad from 821 to 2,065 — a 150% gain.

Phase 1 began in 2020 and includes two residence halls that will share a courtyard with Fogelman Hall and have a multipurpose theater, study lounges, television and digital media rooms and other features. 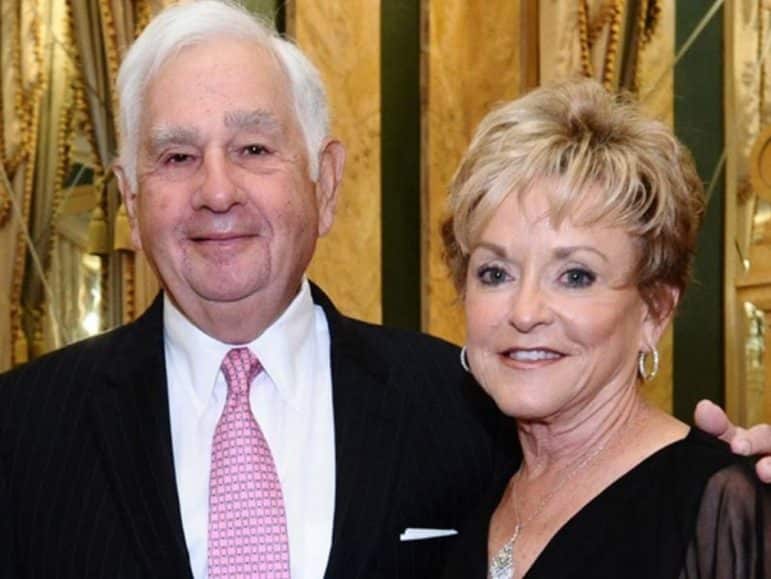 Photo courtesy of Avron and Wendy Fogelman, via Tulane University

Irby Hall holds a special meaning for Avron Fogelman. As an undergraduate from Memphis, Tennessee, he was among the first residents of Irby, which was dedicated as a men’s residence hall in 1955. While at Tulane, he met Wendy Mimeles, a New Orleans native and Newcomb College student. They married in 1961.

“The naming of Fogelman Hall in honor of Wendy and me is very meaningful,” Avron Fogelman said. “We both are products of the Tulane residence halls and know how important a freshmen residence hall is to an incoming student. It’s where they live independently for the first time, where they meet lifelong friends, and it helps mold the rest of their lives.”

The Village is designed to transform the residential experience at Tulane by providing students with a state-of-the-art living space for academics, socializing, recreation and more.

The Fogelmans said they want to give back to the university that helped prepare Avron for a successful career not only in real estate but in professional sports management. Under his co-ownership, the Kansas City Royals baseball team won the 1985 World Series.

Fitts hailed the Fogelmans’ generosity to their alma mater. “The love Avron and Wendy have for Tulane is palpable and infectious and it is so fitting that their names will be forever linked to Tulane in this way,” he said.

Three generations of the Fogelman family have attended Tulane. The Fogelmans’ son Mark earned a bachelor’s degree in management in 1992 and currently serves on the President’s Council, the Business School Council and the Family Leadership Council. He and his wife, Margo, have two children who are current Tulane students.

“The Village will become an exciting aspect of the Tulane residential experience as a destination location on the Uptown campus for intentional spaces for programs, individual and group study, and meeting up with friends,” he said. “Fogelman Hall will be a central component of The Village.”

The ceremonial groundbreaking for Fogelman Hall is set for 2022.