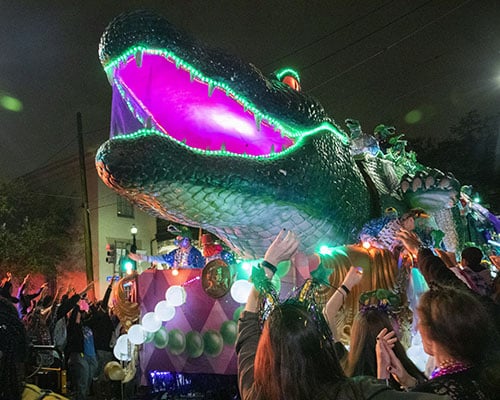 The Bacchagator signature float rolls down St. Charles Avenue in 2019.

Actor and director Josh Duhamel will reign as Bacchus LIII on Sunday, Feb. 27, Clark Brennan, captain of the Krewe of Bacchus, announced on Monday (Dec. 20).

“We at Bacchus are so excited to once again present a first-class parade with the legendary Josh Duhamel, a fabulous king who is already destined to be a crowd favorite,” Brennan said. “After a tough two years, the citizens of New Orleans and our visitors from around the world are ready to celebrate. We are also committed to supporting our local musicians who have been struggling.” 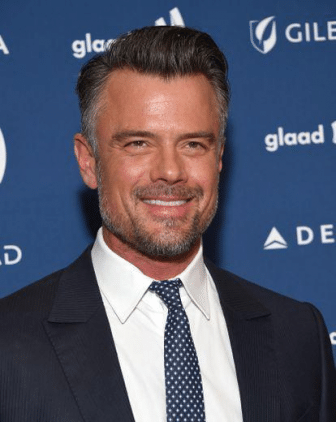 Duhamel starred in the Netflix original series “Jupiter’s Legacy” and made his directorial debut with “The Buddy Games” which he also co-wrote, co-produced, and starred in. Duhamel also recently wrapped filming the bank heist thriller Bandit alongside Mel Gibson and the action crime film Blackout.

“I have always loved the spirit and culture of New Orleans. Reigning as Bacchus is a once-in-a-lifetime experience my family and I will always remember,” Duhamel said.

Other recent credits include “Think Like a Dog” opposite Meghan Fox, Netflix’s “The Lost Husband,” romantic comedy “Love, Simon, Transformers: The Last Knight” and “Transformers: Dark of the Moon.”

On television, Duhamel is known for his role as Danny McCoy on the NBC crime drama “Las Vegas.” Additionally, Duhamel starred in several seasons of the long-running ABC soap opera “All My Children,” in which he received three consecutive Daytime Emmy nominations. Duhamel can be seen in the USA Network scripted series: “Unsolved: The Murders of Tupac and the Notorious B.I.G.” 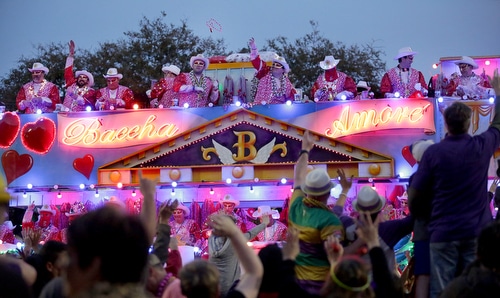 The Krewe of Bacchus rolls down Napoleon Avenue in 2020.

Bacchus’s 2022 theme is “From the Heart” which will be portrayed on 21 theme floats including Braveheart, Queen of Hearts, Eat Your Heart Out, Purple Heart and Young At Heart. Specialty throws this year include light up shoelaces, socks, silicone cups, glass beads, sunglasses, flip flops, selfie lights and toothbrushes.

Starting in 2015, Bacchus was one of the first krewes to go green by reducing the amount of plastic beads that end up in New Orleans drainage system. Bacchus has eliminated almost 75% of its plastic waste. Riders now throw more non-bead and wearable items that parade goers want to put on immediately.

Bacchus was also the first krewe to throw reusable plastic cups which have become a Mardi Gras staple. Louis Prima Jr. and the Wise Guys will be performing at the Bacchus’s Rendezvous After-Parade Party along with Bag of Donuts, Parish County Line and Rooney G.

The brainchild of visionary restaurateur Owen Edward “Pip” Brennan, Jr., the Krewe of Bacchus was founded in 1968 in an effort to expand the Mardi Gras experience by staging a parade on the Sunday before Mardi Gras, having a national celebrity king and inviting riders from across the country to participate. Bacchus has more than 1,600 members and 32 superfloats.

Bacchus is again partnering with WWL-TV to broadcast the Bacchus parade at 10 p.m. from Bacchus’s Rendezvous at the Morial Convention Center.