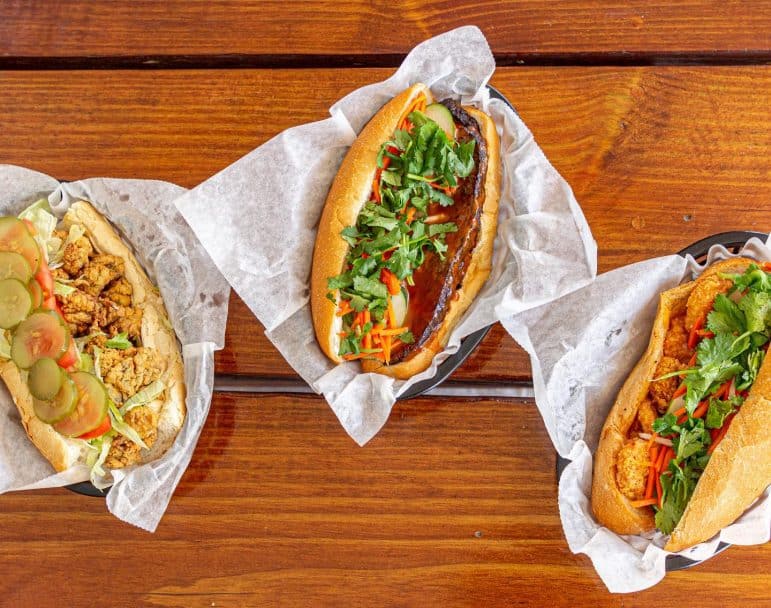 Banh Mi Boys, a fast and casual Vietnamese restaurant, is expanding and opening a location at 3244 Magazine St. The site was formerly home to Reginelli’s Pizzeria.

Banh Mi Boys has developed a following since Peter Nguyen opened the Metairie favorite in 2015. Nguyen is now expanding through franchise operations, with the first on Magazine in the Garden District.

The restaurant is known for its Vietnamese-style poor boys packed with goodies such as grilled pork, grilled chicken and grilled shrimp wedged into crispy baguettes. It also offers rice and vermicelli bowls, salads, New Orleans-style poor boys and fries.

Businessman and Banh Mi Boys fan Christian Lombardo is excited to be at the helm of the expansion into Uptown. Arleth Blanco and Josh Gould are Lombardo’s partners in the endeavor.

“I’ve been a customer of Banh Mi Boys since 2015,” Lombardo said. “We purchased franchise rights from Peter earlier this year. We like the brand and the family and we’re big supporters of the company and the food.”

Lombardo said that, through the years, he and other customers would ask Nguyen if he planned on expanding his restaurant into other areas.

“We often wondered when an expansion was going to happen,” he said. “The way everything has gone has been a surprise to us, but we’re really excited about all of it. We’re happy to bring Banh Mi Boys to the people of Uptown.”

Lombardo said that the team’s goal is to keep the same quality of food and customer service that people expect from Banh Mi Boys. However, unlike the Metairie location, the Magazine Street location will eventually offer alcoholic beverages and have full bar service. The Uptown location also hopes to stay open late on weekends as staffing shortages even out.

Until May 2020, the Garden District site was home to another local franchise operation, Reginelli’s Pizzeria. At the time of the closing, owner Daryl Reginelli cited the building’s high rent and the proximity to other Reginelli’s restaurants, along with pandemic-related hardships, as the reasons for the shuttering.

The Garden District Banh Mi Boys will stay true to the Metairie menu. As for his personal favorites, Lombardo recommends the Bulgogi Beef Banh Mi, made with Korean marinated Beef; the Bang Bang Shrimp Banh Mi made with fried Gulf shrimp tossed in a sweet Thai chili glaze and dressed with pickled carrots, daikon, jalapenos, cilantro, cucumber and the house spread; and the Matcha Tea.

The team is completing paperwork from the city and hopes to open on Magazine Street in two weeks. In the meantime, the staff for the new location has been training so they are ready to get to work whenever the paperwork comes through.

Lombardo said, “We’re really excited to be in the community and bring Banh Mi Boys to the neighborhood.” 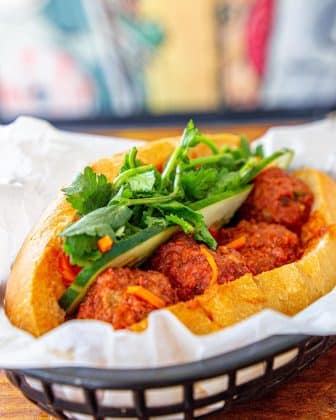