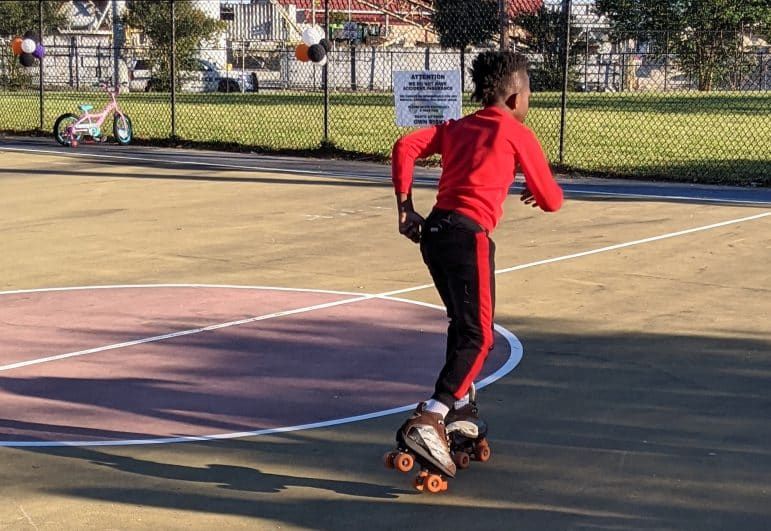 A young skater takes off after the skating lesson.

On Saturday (Oct. 30), United We Skate 504 hosted a costumed community skate with Together Gert Town. The event, held at Thompson Playground in Gert Town, included food, free skate rentals for children, a costume contest and a skating lesson.

With kids and adults alike on skates and a DJ bumping tunes, the event is part of an ongoing series of monthly pop-up skates with free rentals to underserved communities. Judy Boudreaux of United We Skate 504 said she was pleased with the turnout. “Every community skate we have, participation increases,” said Boudreaux, a New Orleans native who skated in her youth at Skate Country on Chef Menteur Highway in New Orleans East.

When Boudreaux was growing up, she said, the New Orleans area had a “plethora” of youth recreation spots that also employed teens. United We Skate was formed to revive the city’s skate culture and give local children and teens a healthy outlet. It plans to acquire a mobile rink for pop-ups and eventually open a skating rink in New Orleans. 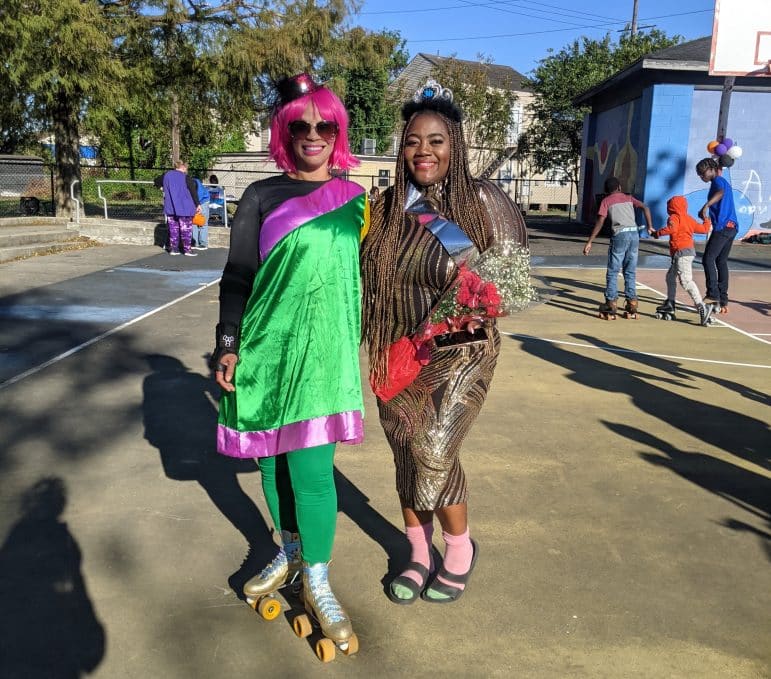 Saturday’s event was privately sponsored, but Candes Carter, president of Together Gert Town, said that they are hoping the New Orleans Department of Recreation will sponsor future skates. Carter said she hopes to have the event back in the Gert Town park in the future, noting the enthusiasm in the crowd.

“We just want clean parks and facilities for the kids,” Carter said. “Parks are a mental health outlet for them.” 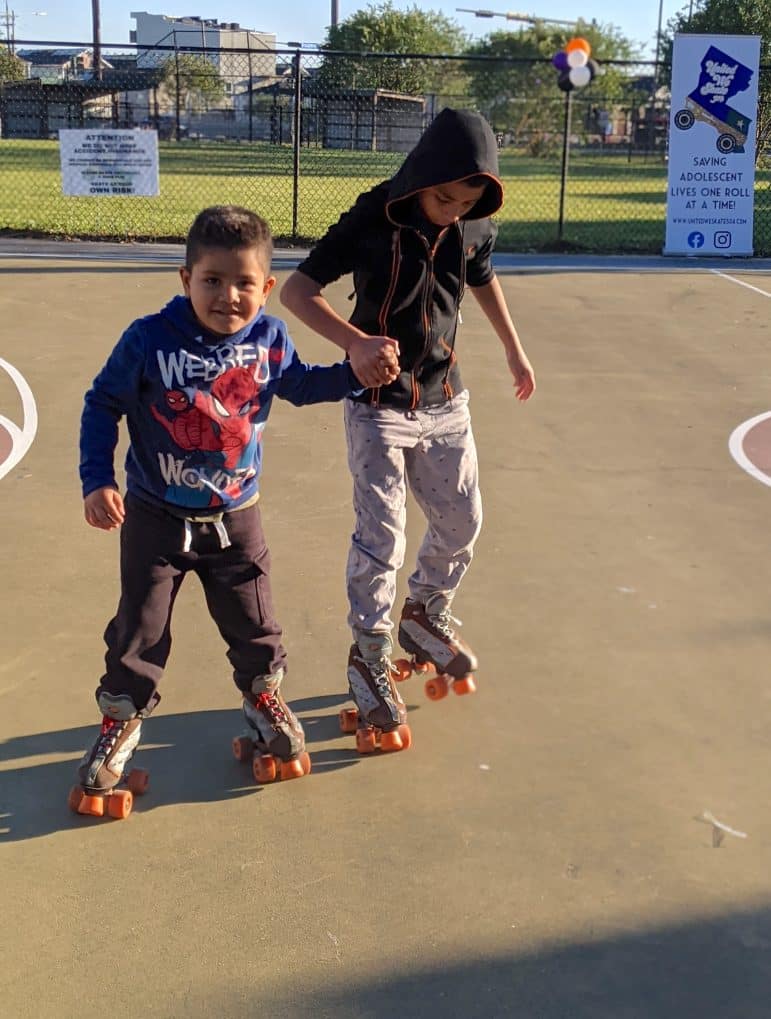 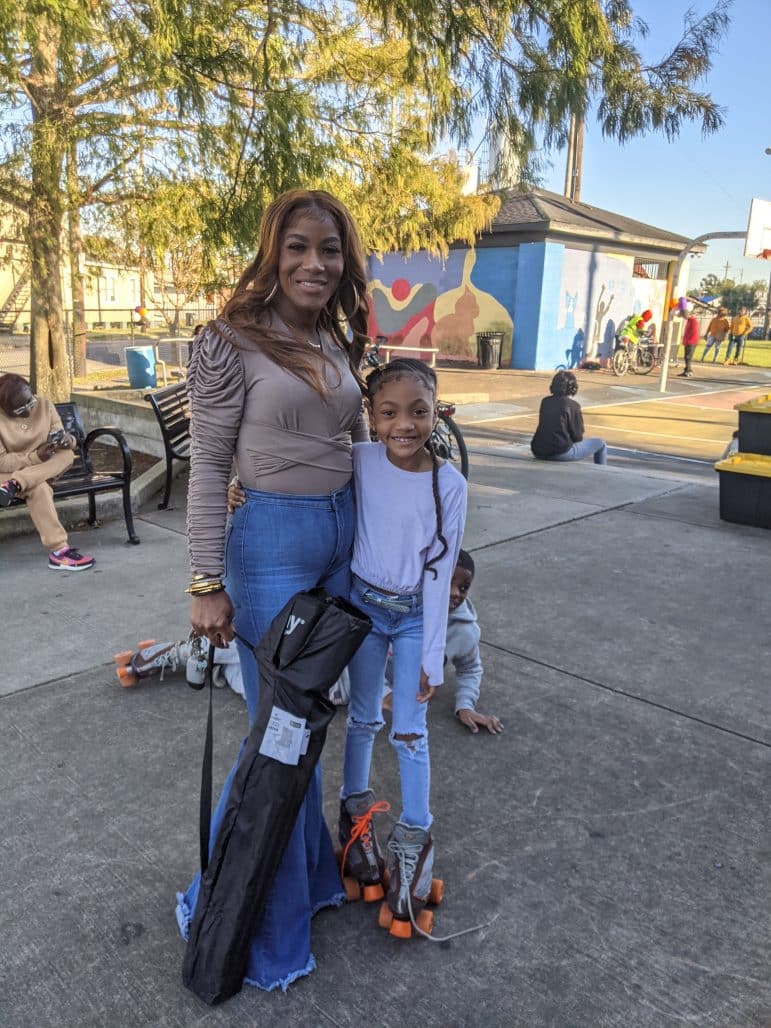 Kenyana Dunn said she skated “long ago.” Her daughter, Harley, isn’t sure about skating but likes to cheer for the skaters. 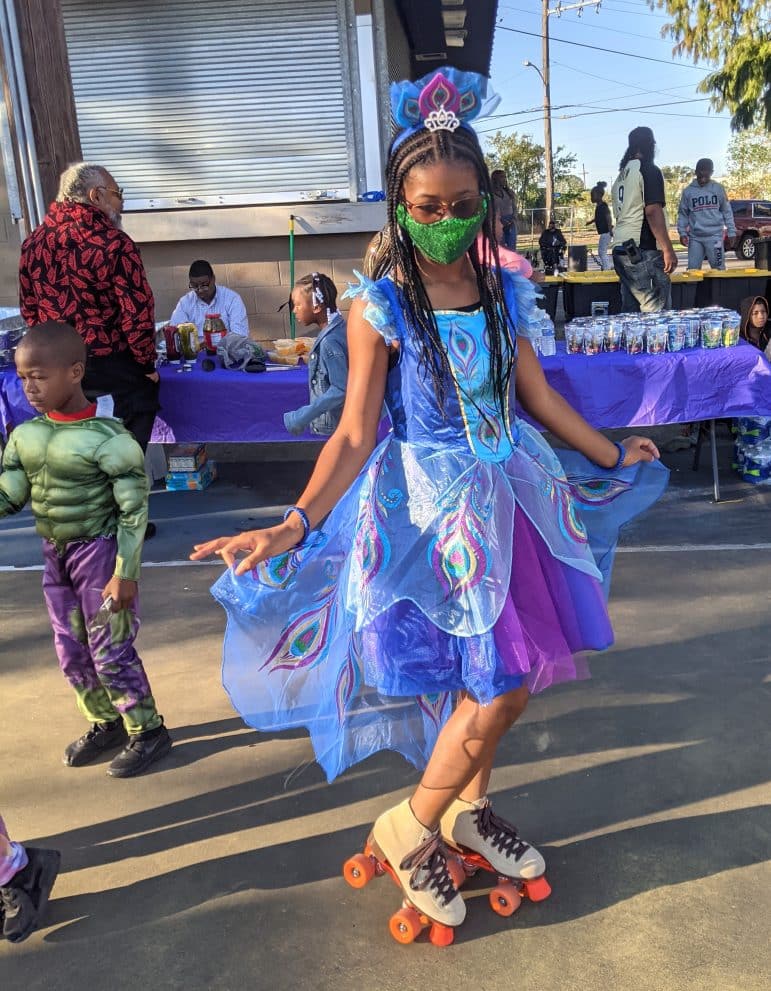 Skater Madi is proud as a peacock over her skills on wheels.