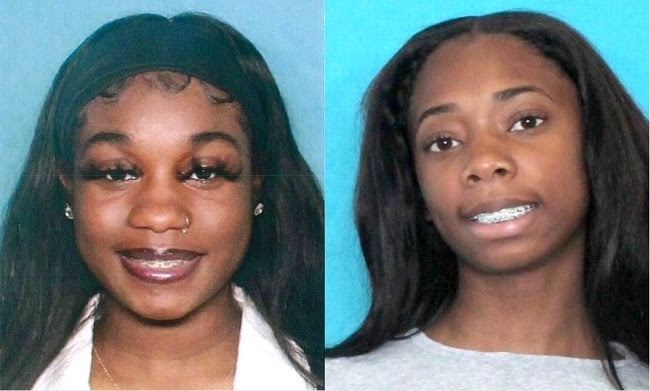 The New Orleans Police Department is seeking two persons of interest for questioning in the ongoing investigation of a homicide on March 8 in Hollygrove.

NOPD Homicide Unit detectives have developed Tymaia Powell, 19, and Tyiara Solomon, 18, as persons of interest. Neither Powell nor Solomon is wanted on criminal charges at this time. However, detectives believe they have information vital to the investigation and wish to interview them.

Officers are investigating the death of Rashad Anthony, 17, who was found slumped in the driver’s seat of an SUV in the 3300 block of Leonidas Street at about 11:30 p.m. on March 8. Medical responders pronounced him dead at the scene, and the Coroner’s Office determined he died of gunshot wounds.

On March 23, police arrested Kelly McDanial, 20, on one count of second-degree murder in the Anthony’s killing. Her bond, originally set for $250,000, was reduced to $5,000 in June. She faces mandatory life imprisonment if convicted.

Three days after Anthony was shot to death, homicide detectives announced they were seeking an unnamed young woman for questioning in the case.

Anyone with additional information on this incident or on the whereabouts of the listed persons of interest is asked to contact NOPD Homicide Detective Lucretia Gantner detectives at 504-658-5300 or call anonymously to Crimestoppers of Greater New Orleans at 504-822-1111.

Editor’s note: This story was edited after posting to add information on Kelly McDanial’s arrest.