Through investigation, NOPD Sixth District detectives developed and positively identified Fox as a suspect in an Oct. 17 armed robbery at Gen. Taylor and Carondelet streets and another on Oct. 19 at Loyola Avenue and Toledano Street. Arrest warrants were obtained for Fox in both incidents.

On Nov. 4, VOWS and U.S. Marshals assisted NOPD Sixth District detectives in locating and arresting Fox. Fox was booked into the Orleans Parish Justice Center on two counts of armed robbery with a firearm and one count of armed robbery in these incidents. 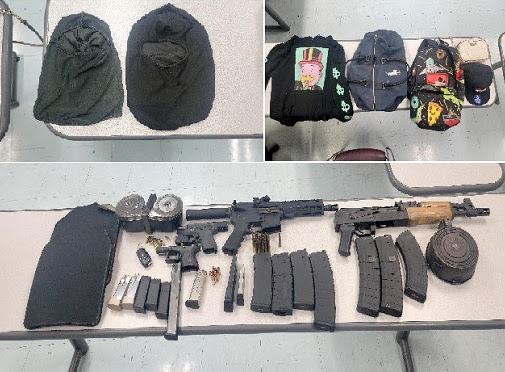 Property found in the suspect’s residence led to additional charges.

Detectives also obtained a search warrant for Fox’s residence and, upon execution of the warrant, located four firearms. Two of the guns had been reported stolen outside of Orleans Parish. Property reported stolen in other crimes was also found inside of the residence.

Fox was additionally charged with two counts of auto burglary and one count of auto theft. He remained jailed Sunday (Nov. 7) on $177,500 bond.

Anyone with information on these incidents is asked to contact NOPD Sixth District detectives at 504-658-6060.