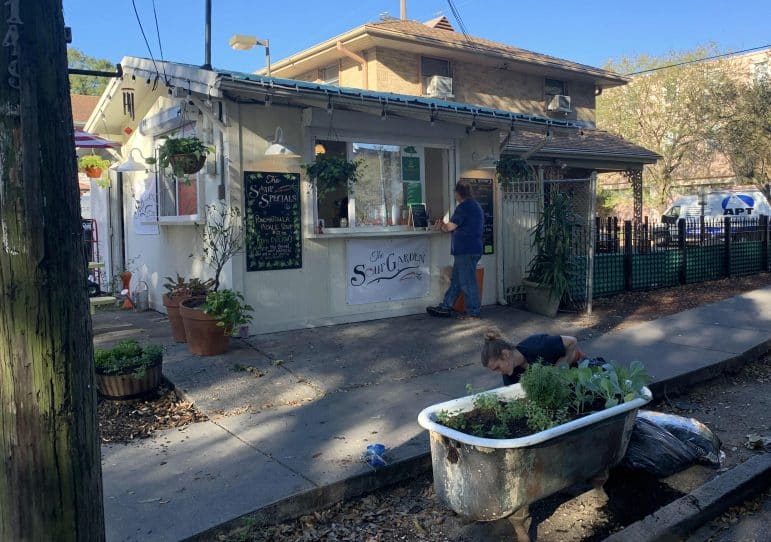 The Soup Garden will operate out of 3511 Magazine until Feb. 15.

The Soup Garden, a hot pop-up born during the pandemic, will return on Thursday (Nov. 4). The months-long pop-up will operate out of the Imperial Woodpecker sno-ball stand at 3511 Magazine St.

The Soup Garden first found success last year, while many people were looking for comfort food and quick take-out.

The stand is the brainchild of Allison Gorlin and Tiffiny Wallace. Gorlin has baked all over the city during more than 30 years in the food-service industry. She has spent time in the kitchens of Brigsten’s, Bayona, Pizza Delicious, Surrey’s and Cake Café. Wallace is a soup enthusiast with a degree in hotel and restaurant business.

“It was Covid, and it was the perfect impetus for grab-and-go comfort food at a time when people needed it,” Gorlin said. “We were right by the hospital, and the doctors couldn’t get enough of the soup. They couldn’t have food in their commissary, and the grocery stores had to close down their soup bars.”

The soup stand was Tiffiny Wallace’s idea. She saw the foot traffic in her Uptown neighborhood and thought a place that served soup would be perfect for the area. So she enlisted Gorlin’s help and started cooking at a friend’s commissary kitchen. The idea blossomed from there. 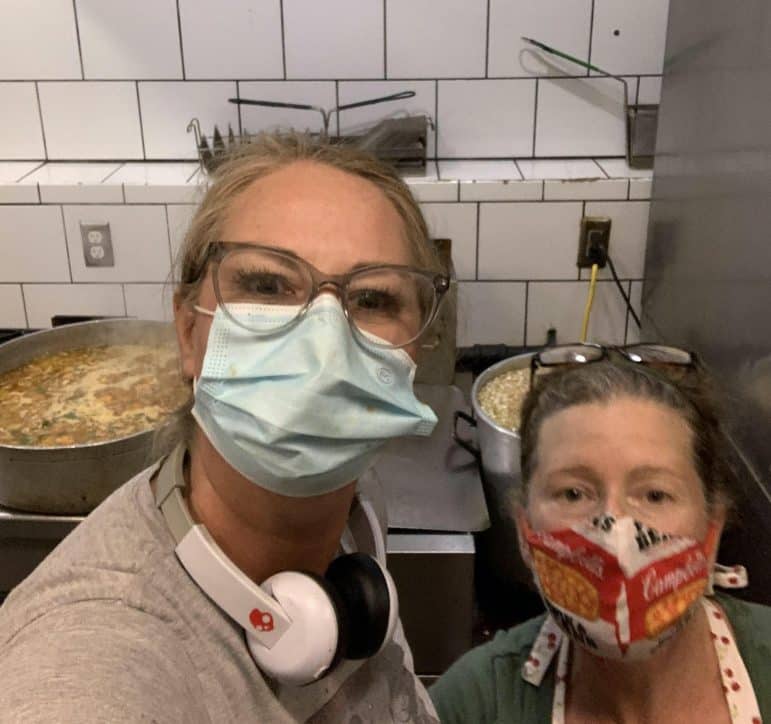 Tiffiny Wallace, left, and Allison Gorlin will be heating up a sno-ball through the winter.

The Soup Garden concept has been a success in a city that doesn’t have many options for soup. “Places here serve pho, gumbo and turtle soup,” Gorlin said. “There’s not much outside of that, so we think we’re fulfilling a need.”

This year, the Soup Garden plans a few new menu items, including grilled cheese sandwiches instead of the bread bowls and pistolettes they offered last year. They are also planning daily and weekly specials and soups on specific days so that customers will know when to visit to get their favorites. 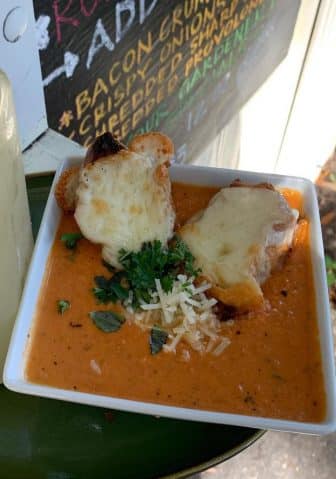 Weekly specials will include Butternut Squash Bisque on Sunday, Gumbo on Monday, Chef’s Special on Tuesday, German Beer and Cheese Soup on Thursday, French Onion Soup on Friday and Pickle Soup on Saturday, which was especially popular last year. The stand will be closed on Wednesdays.

Gorlin said they plan on mixing it up with some surprises and other new additions. For example, cold soups are planned as well as coffee and a few other treats.

“We’re going to have cold brew this year, along with the lemonade that was a favorite last year,” she said. “I’m known for my cookies, so we’re going to do large cookies called ‘Cookie Monsters,’ which will be outrageously over-the-top, large cookies with fun stuff in them. Our first cookie is going to be a black and white cookie.” 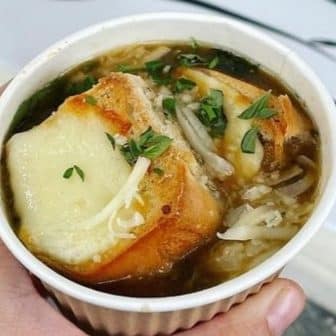