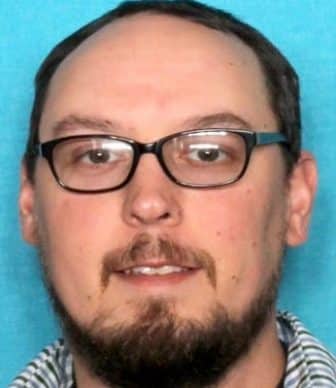 The NOPD has obtained an arrest warrant for Edward Budd, 41, in the investigation of a sexual assault that occurred on May 14 in the 1000 block of Cambronne Street.

The victim told police that Budd sexually assaulted her inside his home, adding that she did not consent to sexual activity. He is wanted on one count of third-degree rape in the case, the NOPD said.

Records show Budd was regularly appearing in Judge Laurie White’s court for pre-trial conferences until he failed to show up Sept. 8. When he did not appear for a trial set for Sept. 27, it was continued to Jan. 10, 2022.

On Thursday (Nov. 4), after he missed another court date, White issued an alias capias, a warrant for his immediate arrest on felony charges.

He had been indicted on one count of first-degree rape in 2019 along with his then-girlfriend, Echo Hurlburt, whose case is also pending.

They are accused of taking a 25-year-old woman out for drinks on Jan. 17, 2019, then bringing her back to Budd’s Carrollton-area house for a three-way sexual encounter without her consent, after the woman said she was incapacitated by an unknown substance.

The victim told New Orleans police she lost her memory and control of her faculties after drinking the contents of a shot glass offered by Budd at a nearby bar, according to a 2019 press release on the indictment. Days after the encounter, the victim said, Hurlburt told her they both had sex with Budd. The victim reported the incident to New Orleans police on Jan. 29, 2019.

Anyone with additional information on Budd’s location is asked to contact NOPD Special Victims Section Detective Brandon McDonald at 504-658-5522 or call anonymously to Crimestoppers of Greater New Orleans at 504-822-1111.