The New Orleans Police Department is seeking assistance in locating a second suspect wanted in a double homicide on Oct. 6 outside a church in the Touro Bouligny neighborhood.

NOPD Homicide Unit detectives have determined the unidentified male pictured below to be a suspect in a shooting that killed two men and injured two others.

The four victims were working on a drainage project in the parking lot of the New Shiloh Missionary Baptist Church on Annunciation and Gen. Taylor streets when four men opened fire on the group.

Victims Zernell Lee, 19, and Derrick Copelin, 25, died at the hospital.

This is the second suspect announced in this investigation. On Oct. 13, the NOPD and U.S. Marshals arrested Nairobi K. Davis, who remained jailed Tuesday (Nov. 9) on $600,000 bond.

Anyone with additional information on this incident or the pictured suspect is asked to contact NOPD Homicide Unit Detective Miles Guirreri at 504-658-5300 or call anonymously to Crimestoppers of Greater New Orleans at 504-822-1111. 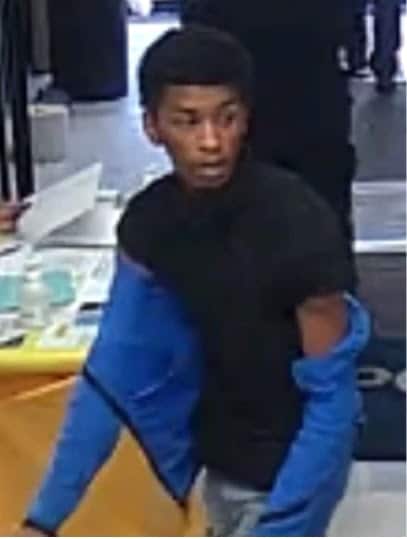