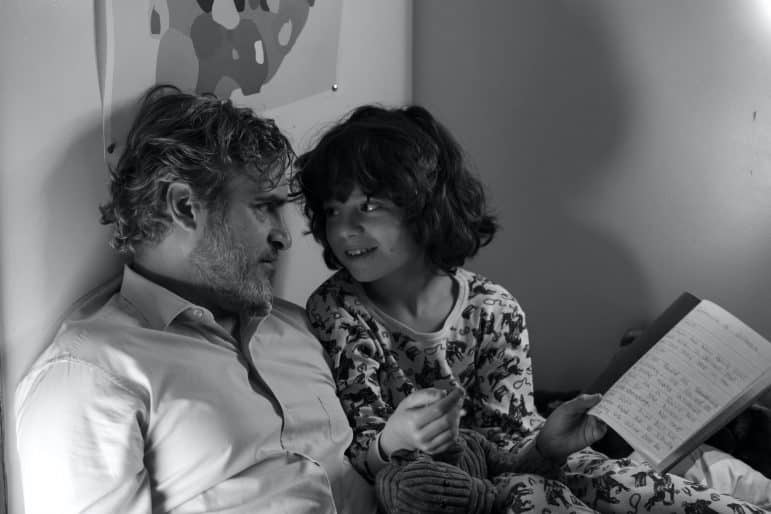 The final third of the film takes place in New Orleans. The main character, played by Joaquin Phoenix, travels the country interviewing children about the future, what they would change and other probing questions. The children here and in other cities are not actors, so this film is part documentary, overlaid with a fictional plot.

The action takes place around the city, and the New Orleans interviews are primarily in the Homer A. Plessy Community School in the French Quarter.

Johnny (Joaquin Phoenix) has the unexpected responsibility of caring for his 9-year-old nephew (Woody Norman) because of a family emergency, and he takes him along on his jobs. Academy Award nominated writer/director Mike Mills spoke at the opening about the film and the process of writing it. He has a 9-year-old son, and he wanted the boy’s portrayal to be authentic.

Asked why he chose New Orleans as one of the locations Mills replied: “I have a friend from here, and like all other New Orleanians I have ever met, he talks a lot about New Orleans. It was an intuitive choice that I felt would make a transformational ending. As the finale, I think New Orleans was a great choice.”

The film was shot in black and white. “I love black-and-white films, and I feel that presents a more ‘story like’ quality as well as a softness,” Mills said.

Advance ticket reservations are encouraged for all Film Festival showings. Passes and individual tickets to this and other films are available online. Click here for more details.