While the current Councilperson of District B is insistent that he cannot make an impact on our community’s greatest challenges, Lesli Harris has outlined a new way forward. From her plans to repair our roads, increase community policing to reduce crime, and make District B more amenable to small businesses, Lesli Harris has demonstrated her commitment to improving our neighborhoods. 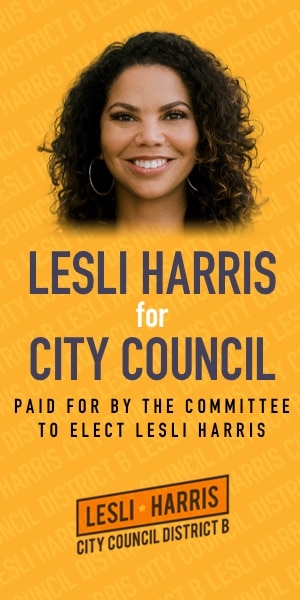 For these reasons, Congressman Troy Carter released a video message this week urging residents of the district —which includes Uptown, Central City, parts of Mid City, and the CBD — to vote for Lesli Harris. The congressman, who won a seat in the U.S. House of Representatives earlier this year, is joined by District Attorney Jason Williams, the Democratic Party of New Orleans, the International Womens Organization, Forum for Equality, and others who are formally supporting Lesli Harris’ candidacy.

“District B deserves a champion. Lesli Harris is that champion,” Congressman Carter said in his video message through social media.

Election day is this Saturday. Vote for a better New Orleans. Vote for Lesli Harris, #46 on the ballot.