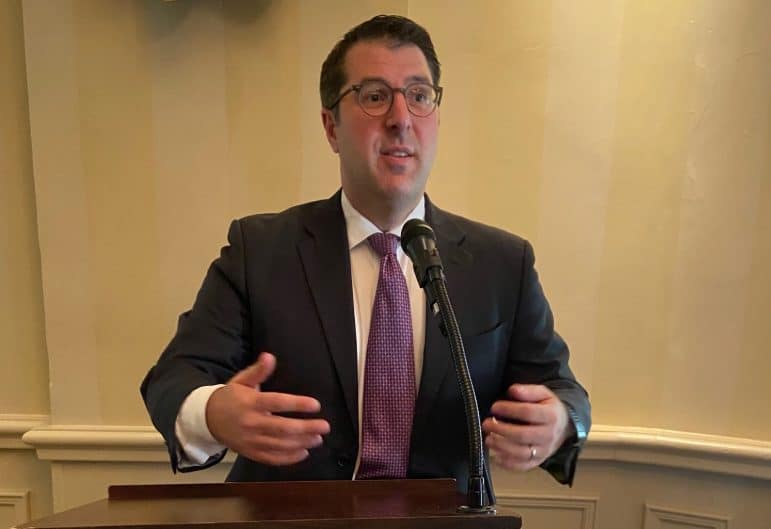 For Joe Giarrusso III, the question was not whether he would win his re-election bid for City Council District A, but by how much. The answer: by a landslide.

Giarrusso crushed his competition, Libertarian Amy Misko and fellow Democrat Robert Murrell, and won with 76% of the vote in Saturday’s election, according to unofficial results from the Louisiana Secretary of State. In comparison, he won his first race for City Council in 2017 with 65% of the vote.

The incumbent council member not only earned more than three times as many votes as his two opponents combined, he won in every District A precinct.

His strongest performance was in the University area of Uptown, where he won more than 90% of the vote in four 14th Ward precincts (9, 8, 14 and 6).

His weakest performance — although he still prevailed — was in a few left-leaning Mid-City spots: 5th Ward precincts 9 and 10, in the lower Bayou St. John area, and 3rd Ward precinct 19, a slice of Mid-City between Canal Street and the Pontchartrain Expressway. Bob Murrell, an avid supporter of Bernie Sanders and member of the Democratic Socialists of America, had a strong showing among those voters.

It likely helped that Giarrusso was also the clear winner in fundraising: He had more than $225,000 in his campaign coffers at the beginning of October.

District A voter turnout of 30%, while low, was higher than the 28% city average for the primary election that was delayed for a month due to Hurricane Ida. .

A map of voting results by precinct is below. Check this interactive version of the map to  see how your neighborhood voted. Find your ward and precinct here. 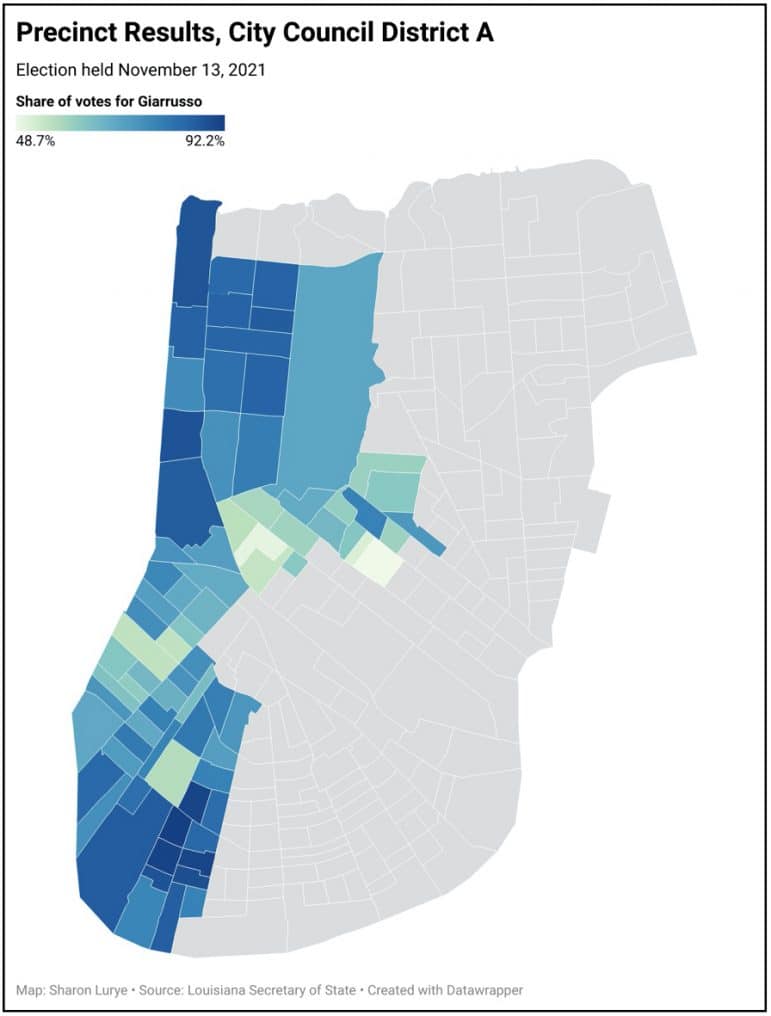