The race for the City Council District B seat has been tough, and it’s not over yet. Incumbent Jay H. Banks won 45% of the vote in the election on Saturday, while challenger Lesli Harris won 37%, meaning that both Democrats will go to a runoff on Dec. 11.

Banks is no stranger to nail-biter races; he won his seat in 2017 by just 128 votes in a runoff against former School Board member Seth Bloom. Harris, an entertainment attorney, doesn’t have previous experience in political office, but she has proven to be a formidable candidate and managed to outraise all of her opponents in campaign contributions.

Democrat Rella Zapletal, an attorney and president of the Touro Bouligny Neighborhood Association, garnered 14% of the vote, winning in two precincts. Independent Rosalind Reed Thibodeaux, who supports more ideological diversity on the council, got 5% of the vote.

Voter turnout in District B was 24%, even lower than the 28% citywide turnout.

Banks also won in twice as many voting precincts as Harris, 48 to 24, as well as in early voting. The incumbent had a strong showing in the Mid-City and Broadmoor areas, while Harris did better in the Lower Garden District and other neighborhoods along the river.

A map of winners by precinct is below. To see how your neighbors voted, check out the interactive version of this map here. Find your ward and precinct here. 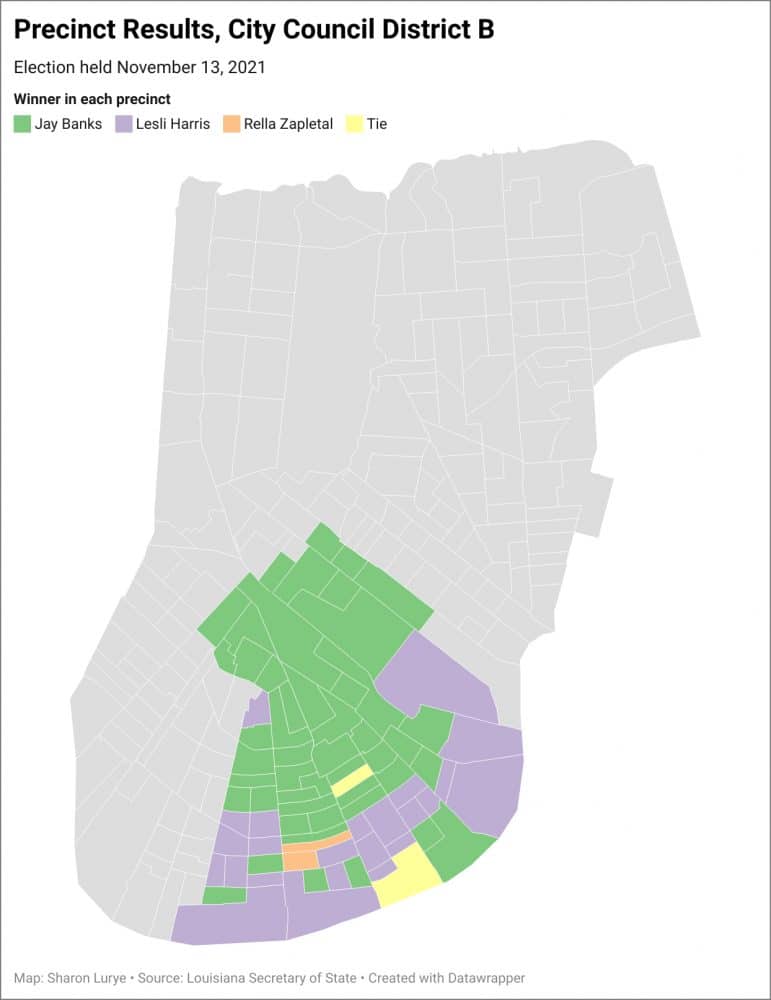