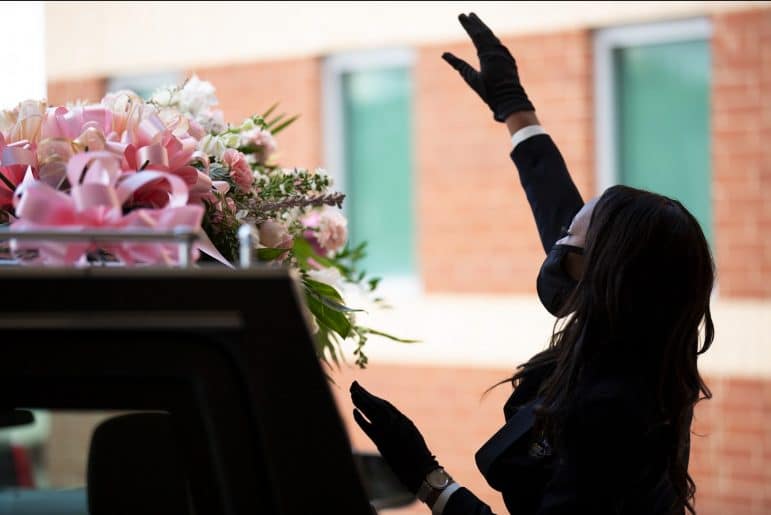 From “Death Is Our Business”

The Uptown Prytania Theatre was slated to be a venue for the 32nd New Orleans Film Festival, until it was damaged in Hurricane Ida. The beloved single-screen movie house remains closed for repairs. But Uptown will be represented in three shorts shot in Uptown neighborhoods.

The annual film festival kicks off in-person screenings on Nov. 4, and runs through Nov. 14. The virtual screening options begin Nov. 5 and extend through Nov. 21. Passes and tickets go on sale today (Oct. 26).

The AMC Elmwood Palace 20 in Harahan stands in for The Prytania, showing films originally scheduled to be screened Uptown. Other in-person screenings will be in Mid-City at The Broad Theater and The Broadside.

Films made in the American South represent almost two-thirds of the festival’s lineup, and Louisiana-made films account for nearly a quarter. “We’re particularly excited to show films that were shot in New Orleans,” said Clint Bowie, artistic director at the New Orleans Film Society, the nonprofit that presents the festival.

Three of those films were shot on location in Uptown: “Absolution,” “Death Is Our Business” and “We Stay in the House.” 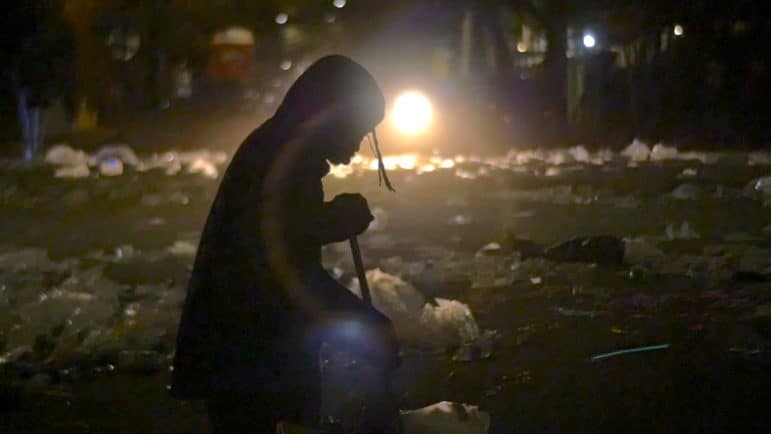 Two of the shorts shot in New Orleans — “Absolution,” directed by Gina Lizama and Gabriel Harvey, and “Death Is Our Business,” directed by Jacqueline Olive — will be shown twice as part of a documentary shorts program called “There’s No Place Like New Orleans.”

“Absolution” presents a purification ritual performed in the city, and “Death Is Our Business” takes viewers inside Black-owned funeral homes in New Orleans, following funeral directors as they grapple with pandemic restrictions and ways to safely comfort a grieving city. 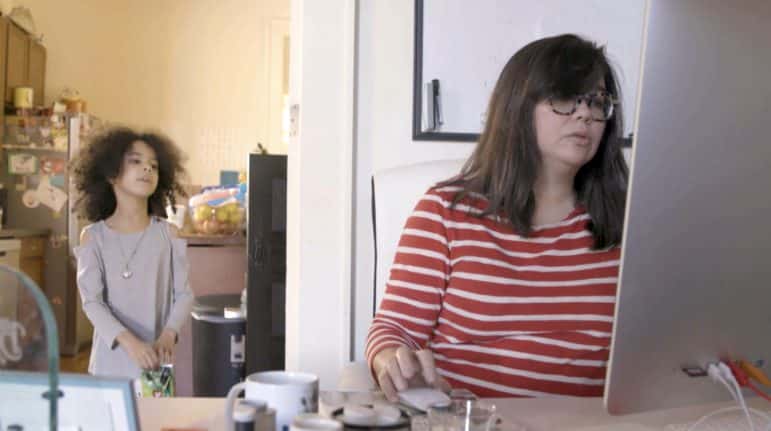 In a scene from “We Stay in the House,” Kiyoko McCrae is interrupted while working on the film.

“We Stay in the House,” directed by Kiyoko McCrae, who is also featured in the documentary, provides an intimate portrait of four mothers in New Orleans as they struggle to care for their families and themselves through the Covid-19 pandemic.

The online description states: “Between taking care of their children, finding time to work, and coping with personal loss and health crises, these women’s stories represent the lived realities of millions of mothers in America.”

Director McCrae is the mother of two and director of documentary programming and filmmaker labs at the New Orleans Film Society. “I was motivated by my own experience, of being consumed by child care during the pandemic,” McCrae said. “I wanted to bring visibility to so many other mothers who were having the same thing happening in their lives.”

The team started shooting in December 2020 and the film was completed four months later, in March. This is lightning speed in the world of movie-making. “I was editing as I went along,” McCrae said. “This was a time-sensitive film, and for it to resonate I wanted to get it out to audiences as soon as possible.”

One of the mothers featured in the film is Uptown resident Lauren Turner, who lost close friends to Covid-19. The film shows her coping with the toll of emotional loss while helping her children with school. Not only was her business adversely affected (she is the director of the theater company No Dream Deferred), but she was dealing with her own fears and putting on a brave face for her children.

This film will be shown on Nov. 8 at 5:45 p.m. outdoors at The Broadside, 600 N. Broad St. It is one of six short films that comprise the program  “Hindsight Shorts.” 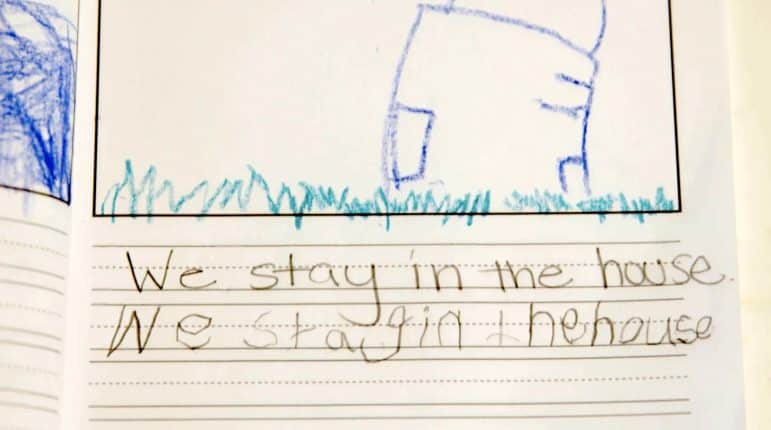 From “We Stay in the House”

The New Orleans Film Festival is one of 14 in the country that has an “Oscar qualification.” That means any short film or documentary that wins an audience award can be considered in the upcoming year for an Academy Award.

The Film Society notes the diversity in this year’s selections. According to its website, films directed by women and gender non-conforming directors account for two-thirds of the lineup, and films helmed by directors of color make up nearly three-quarters, with more than a third of films coming from Black directors.

The 32nd New Orleans Film Festival virtual cinema is offering the majority of the 170 films in the festival lineup.

For in-person screenings, per city requirements, guests will need to show a vaccination card or negative Covid test taken within 72 hours of the event date. Masks will be required for all members of the public, staff and volunteers regardless of vaccination status at all festival screenings and events.

Advance ticket reservations are highly encouraged. All transactions will be contactless, so cash or check payments will not be accepted. Click here for more details. Students and teachers receive a discount.

Individual tickets go on sale to the general public today (Oct. 26) at noon. Click here to buy a pass or tickets.