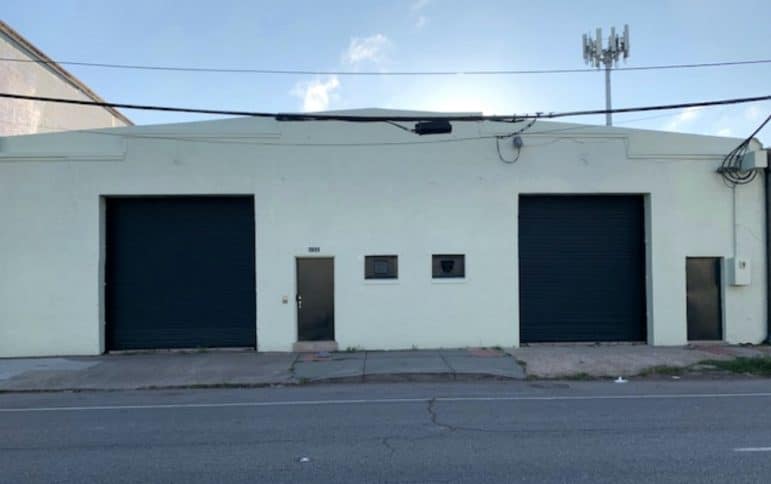 The council voted on Thursday (Oct. 7) to permit the opening of Patron Saint, which will sell wine, groceries, books, and locally-made home goods. The unanimous vote came with eight provisos, requiring the store to get city approval on everything from lighting to the placement of its trash container.

The 1,500-square-foot shop is in a former industrial warehouse near the Pontchartrain Expressway overpass. The council granted permission in 2018 for the building, owned by Rosa and Seth Dunlap, to be turned into an avant-garde theater space with a bar and restaurant. The theater will host an interactive play called “The Fallen Saint,” bringing in producers from New York City who had worked on Blue Man Group shows and an immersive version of “Macbeth” called “Sleep No More.”

Plans for that production are still ongoing, but now the area originally designated as a bar will be an independent wine shop. The Patron Saint is owned by the husband-and-wife team of Tony Biancosino, a director and producer, and Leslie Pariseau, a writer and editor who co-founded the beverage magazine Punch in 2013.

Facade of the redesigned former warehouse at 1152 Magazine.

Plans for “The Fallen Saint” were embroiled in controversy three years ago. Neighbors were concerned about potential for traffic and littering, as up to 250 theater-goers could watch the show at one time. The council allowed it, but only with a record 19 provisos to put tight controls on issues like parking. Even then, neighbors filed a challenge to the decision, which was rejected.

But unlike its theatrical counterpoint, Patron Saint looks like it has managed to avoid drama. The City Planning Commission report on the proposal shows that over 20 people wrote comments of support for the business, many of them fellow members of the drinks industry.

“Leslie is a luminary in the beverage industry, and the city of New Orleans is incredibly lucky to count her as a new citizen,” wrote Neal Bodenheimer, owner of Cure bar on Freret.

Robert LeBlanc, proprietor of nearby Barrel Proof bar, wrote: “I feel strongly that a retail wine shop would be a great and much-needed addition to our burgeoning neighborhood.”

Lindsey Barnes, who owns properties across the street from the wine shop, wrote: “It will be nice to have a wine shop in general and also really nice to not have to walk underneath the interstate to have access to some provisional groceries.” 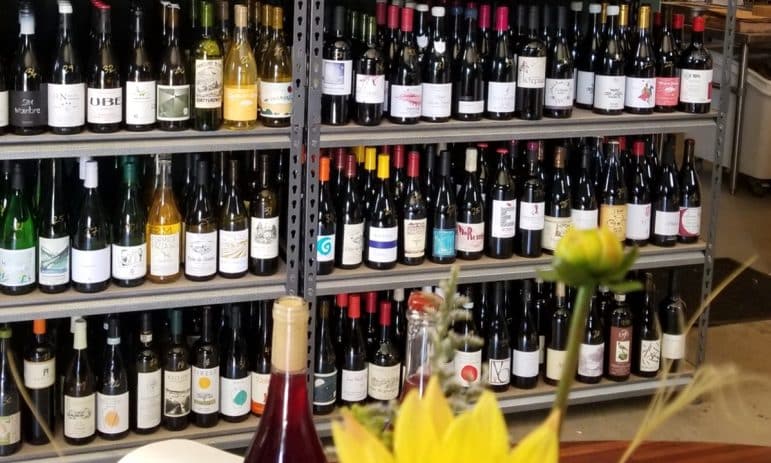 The wine selection from Patron Saint Wine at the Here Today pop-up in March.

One neighbor, however, did express concerns that this wine shop would create too many drinking establishments in a neighborhood that already has Barrel Proof, Bakery Bar and the Courtyard Brewery.

“As a long-time resident and as a parishioner of St. Theresa’s Church, I consider the proliferation of alcoholic beverage outlets in the area along Calliope Street to be extremely undesirable,” wrote the commentator, whose name was not given in the report.

However, District B Councilman Jay H. Banks noted that, since the site will now be a shop instead of a bar, “This is actually going to be far less of an alcohol issue than what was previously approved.”

The owners are planning to open the Patron Saint wine shop in 2022, Pariseau said.

The wine shop will be separate from the theater space.

This report was corrected after posting to add that Tony Biancosino is a co-owner of Patron Saint.