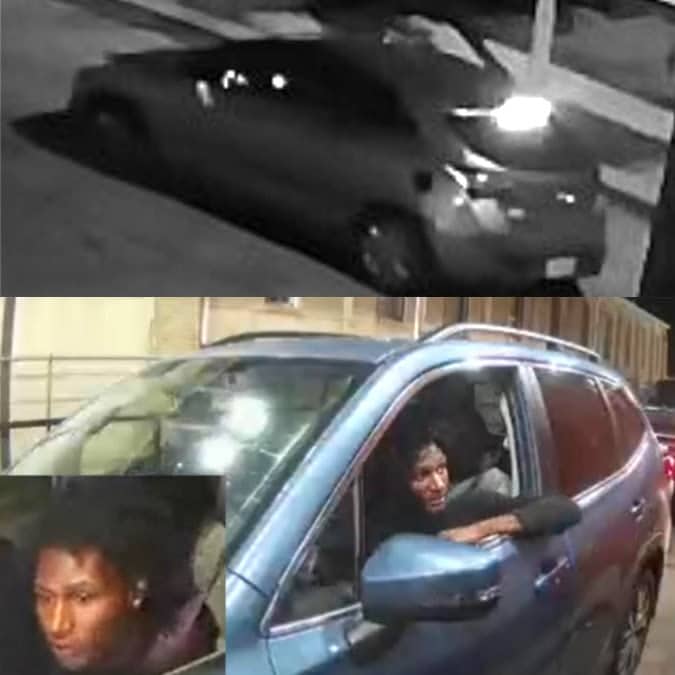 The New Orleans Police Department is requesting the public’s assistance in locating a suspect in a vehicle burglary and auto theft that occurred on Aug. 19.

At around 3:50 a.m., the vehicle pictured at the top was used to commit vehicle burglaries in the 1700 block of Robert Street. It was also used to steal the blue 2020 Subaru Forester, pictured with the suspect inside.

Detectives tracked the stolen Subaru to the 3700 block of Second Street, where it was recovered. Inside, detectives found a restaurant receipt and were able to obtain security camera footage of the pictured subject driving the stolen vehicle in the restaurant’s drive-thru.

Anyone with information regarding the identity of the pictured unknown subject is asked to contact NOPD Second District detectives at 504-658-6020 or call anonymously to Crimestoppers at 504-822-1111.