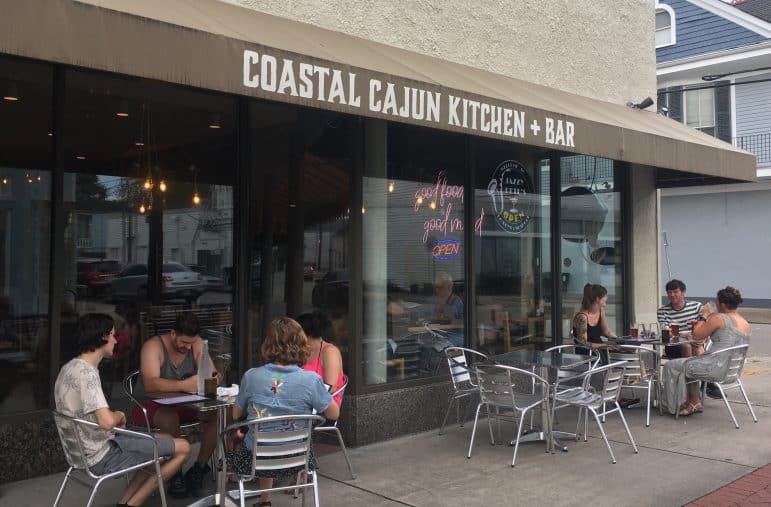 Jazzy Pete’s customers dine Monday beneath the DTB awning in July. Jazzy Pete’s has closed, and Mucho Mas, a Mexican restaurant, is slated to take over the location.

The building at 8201 Oak St — previously home to restaurant DTB and, most recently, Jazzy Pete’s — will soon be Mexican restaurant Mucho Más, from chef Julio Machado.

Chef Machado, who owns Tacos Del Cartel on David Drive in Metairie,  promises an expansion of the menu that Tacos Del Cartel fans have grown to love. He will be running the restaurant with Danny Cruz and Daniel Borst.

“I want to show more of Mexico,” Machado said in a press release. “People have asked for this, and we want to give it to them — more dishes from Mexico, more options.”

The menu at Mucho Más will include Carne Asada, Tasajo, Snapper a la Talla inspired by Chef Gabriela Camara, shrimp cocktail, and a classic Tuna Tostada. Many of the dishes will be grilled on charcoal to make them stand out. The Tequileria, or Tequila Bar, will feature wine and draft and bottled beer.

The building’s 3,200-square-foot space is undergoing a renovation by interior designer Jacquelyn Lindsey of JL Studio Design and promises to be a vibrant, eye-catching setting.

DTB, short for Down the Bayou, by Chef Carl Schaubhut and Jacob Naquin, operated for three years in this location but suffered business loss and uncertainty and closed during the pandemic. Jazzy Pete’s, a seafood restaurant owned by Peter Nguyen, opened here last November. It was the second location of Jazzy Pete’s; the first location opened in Slidell in 2019.

Jazzy Pete’s announced the closure of their New Orleans location, via Facebook, on July 23.

“Mr. Pete is so busy with the different businesses he owns, he had to let one go, so he chose the New Orleans location,” a representative of Jazzy Pete’s said Wednesday. “He runs other businesses here and in Tennessee and Oklahoma, and he felt they weren’t all getting his full attention. The restaurant stayed busy, and he hated to close, but he was working a lot.”

Mucho Más plans to open in the fall.