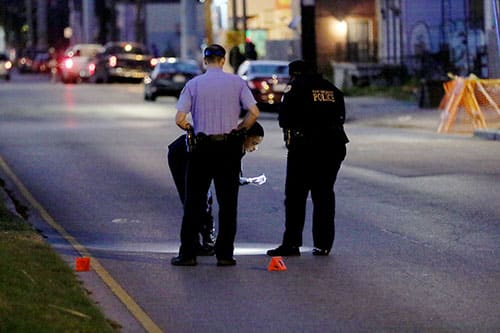 Raphael Goyeneche, head of the Metropolitan Crime Commission, said Wednesday (July 28) that the city’s political leadership “must step up and give the NOPD the resources they need to protect and serve the community. Politics needs to get out of the way of public safety. Citizens want to feel safe in their neighborhoods.”

The majority of Orleans Parish voters (64%) who participated in the surveys clearly stated they believe the city is not safe. An even larger majority (74%) said that the crime problem has worsened over the past year. Still more (78%) agreed that crime prevention and public safety are the most important or second most important issues facing the city. Almost all voters (90%) called for increasing NOPD manpower to help combat crime. 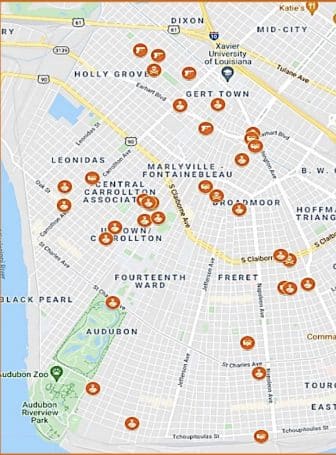 Crime, however, is not nearly as pervasive Uptown as in the Fifth and Seventh police districts, based in the 7th Ward and 9th Ward. Though perhaps not encouraging to recent victims of crime, the Second and Sixth districts generally rank as the lowest in crime increases across all categories. According to the statistics, it is probably safer — but still not safe — to live Uptown than many other neighborhoods. 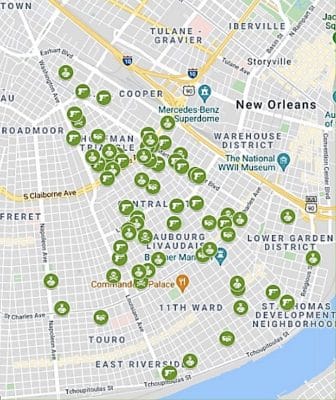 During the first six months of 2021, citywide violent incidents rose a startling 53% compared to the same period in 2020 and 47% compared to 2019. From 2019 to 2021 the Second District showed the smallest increase (5%) in violent crime – defined as homicide, shooting, carjacking and armed robbery. When compared to the first six months of 2020, violent crime actually decreased 16% in the Second District. The Sixth District ranked fourth with a 10% increase. The Central City and Hoffman Triangle neighborhoods were the major crime hotspots in the Sixth District.

New Orleans is currently facing a cycle of unacceptably high — and escalating — crime in every part of the city, Goyeneche said. The police force is at about 1,000 men and women, a 50-year low based in part on a lack of adequate recruiting and retention. “If we can hire 75 more officers a year beyond those who are leaving the force, it will still take six to eight years to put us back to where we were 10 years ago,” he said. If something “remarkable” happened, he said, perhaps a year could be shaved off that timetable.

“We can’t say we can continue to live with crime,” Goyeneche continued. Because of the city’s manpower crisis, the police are reactive rather than pro-active. A crime has already been committed before the police can act. There are not enough officers to respond to calls for service. The response time is almost always too long. Back-up is often not available for officers who need assistance.

Even with greatly reduced manpower, Goyeneche said, he believes much can be done to improve public safety. He suggests that specialized task forces be re-instated to start working identified violent crime hot spots. “Start where it is the worse – the Fifth and Seventh districts,” he said. “As you win back those areas, move to the next group.”

Another short-term solution might be to reduce the overall number of police districts to save costs and allow for more effective use of manpower. “The eight-district system we have has been on the books for decades and was based on 1,500 officers,” he said. The problem with making that change is political — every council member wants a police district in their neighborhood. “We’re years away from adequate staffing. We should concentrate more officers in a larger geographic area.” 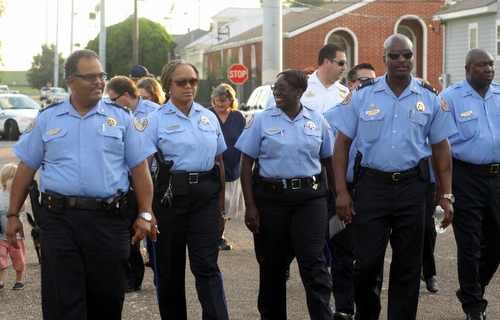 Goyeneche thinks that cost savings from combining districts could be spent on new technology, new equipment and raises aimed at new recruits and retention of existing officers. “The political leadership should stand up and honor the wishes of the public — 90% believe we need more police officers,” he said. “It’s the 10% that pack City Council meetings. They are a small fraction of voters but dominate the political scene with their vocal supporters.”

He also asserts that the City Council should reverse and repeal the legislation introduced by then Councilman at-large Jason Williams that limits the NOPD’s ability to use technology including facial recognition software to solve crimes, after a study found ethnic and racial bias in the algorithms.

“The city spent millions on its real time crime center cameras, but the police can’t use all the technology,” he said. “New Orleans has the most sophisticated crime camera system in the state.”

Goyeneche cited as an example the recent murder in the 7th Ward of physical therapist Portia Pollock during a carjacking. A photo of suspect Bryan Andry was captured on a crime camera, but police were unable to use facial recognition software to identify him. Instead, they had to rely on an “old Crimestoppers model,” which was still effective but tipped Andry that he was being sought. It is ironic that some opponents of facial recognition software claim it is biased and unfair, even though it is more reliable than an eyewitness.

Identifying a person through facial recognition software is not probable cause to arrest someone. It just allows officers to home in on a suspect. “It must be corroborated by facts and evidence. To not take advantage of the technology is fueling the violent crime surge we are seeing right now,” Goyeneche said.

Goyeneche said he believes that some officers mid-way in their careers are leaving the NOPD for other police agencies because they feel unsupported.  It’s too dangerous for them and their families.

“New Orleans and the NOPD are at a crossroads,” Goyeneche said. “The only way to reverse the current crime wave is for our elected leaders to allocate more resources.” Funding the NOPD must become the first priority for citizens to be safe in their neighborhoods. Let’s support our men and women in blue.

Milan neighborhood resident DK Smith reminded readers on Nextdoor that donations of school supplies for Hoffman Charter School can be made through Aug. 3 at Martin’s Wine Cellar, 3827 Baronne St.  Donations can be left on the right side by the entrance.  A pre-K through eighth-grade facility, Hoffman “prepares students with academic and life skills for success in college, careers and beyond,” Smith said.  This school is also strong in the arts and athletics. School supplies needed include No. 2 pencils, colored pencils, Crayola crayons, dry erase markers, composition notebooks, glue sticks, index cards, facial tissue, paper towels and hand sanitizer.