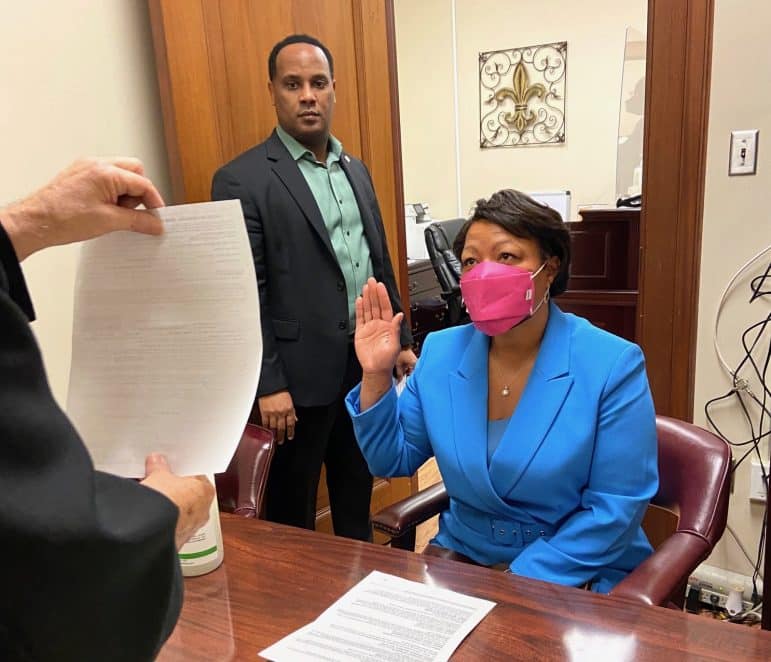 Mayor Cantrell affirms that her information is correct as she qualifies to run for a second term.

Dozens of candidates and their handlers headed to Criminal District Court early Wednesday (July 14) to beat the long lines of those expected to qualify for the fall municipal elections.

While Sheriff Marlin Gusman drew the coveted No. 1 ticket, Mayor LaToya Cantrell, Assessor Erroll Williams and many others patiently waited their turn. It’s always fun to watch the maneuvering as candidates jockey for attention.

Although Cantrell drew seven opponents, she is still positioned to glide to victory. Two other women are positioning themselves as an alternative to Cantrell: Republican consultant Vina Nguyen and business owner Leilani Heno, a registered Independent. If Heno snd Nguyen can excite voters who share their same registration, Cantrell’s poll numbers could fall. 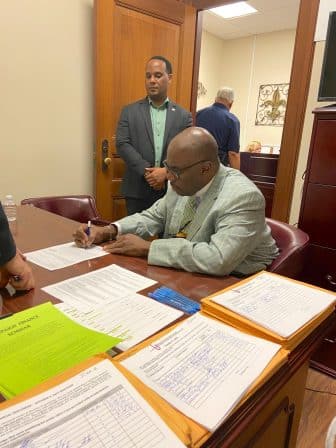 Banks and Harris are Democrats, while Thibodeaux is an Independent. Black voters no longer make up the majority of District B voters. Women voters in District B also dominate voting, which could make for an interesting race. One more candidate is expected to sign up.

Assessor Erroll Williams — who has served in office for more than 30 years — drew three opponents: Andrew “Low Tax” Gressett, who said he will not explain why he was running until after Labor Day; Jamaica born and bred electrical contractor Anthony Brown, who was previously disqualified because of tax issues; and Greg Lirette, a No Party candidate and Uptown resident who recently ran for Congress.

Sheriff Marlin Gusman, a 15-year incumbent, also will face off against three competitors. Independent Quentin Brown has run before and is not expected to be a substantive candidate. West Bank resident Christopher Williams, an adjunct professor at SUNO, recently retired as chief of the New Orleans Veterans Administration’s police force.

Former Police Monitor Susan Hutson is supported by prison reform advocates who are opposing the new special needs jail, which will serve inmates with mental health problems and those with contagious diseases such as Covid-19 or the Delta variant. 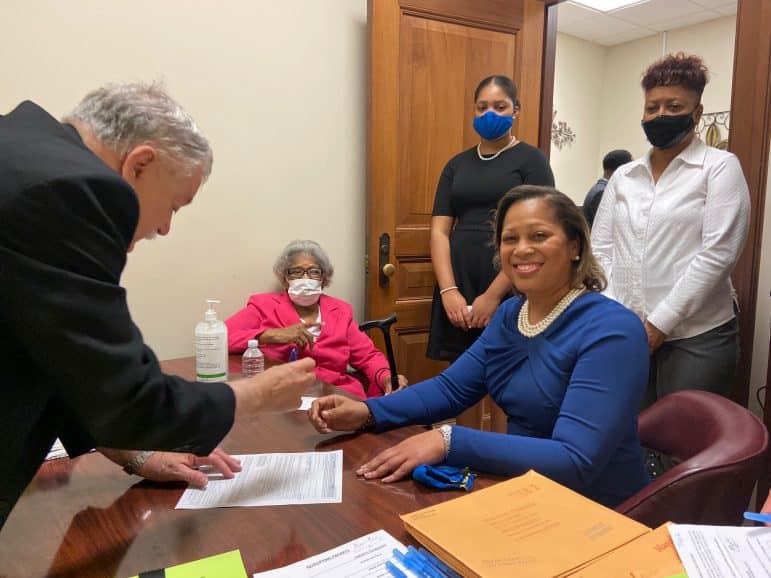 Clerk of Civil District Court Chelsey Richard Napoleon came to qualify with her grandmother, mother and daughter. She has served the citizens well and is not expected to draw an opponent.

Qualifying ends Friday (July 16) at 4:30 p.m. In the following week, lawyers and opposition research specialists will be poring over candidates’ tax, voter registration and residency records looking for violations. Then court challenges could thin the ranks of candidates.