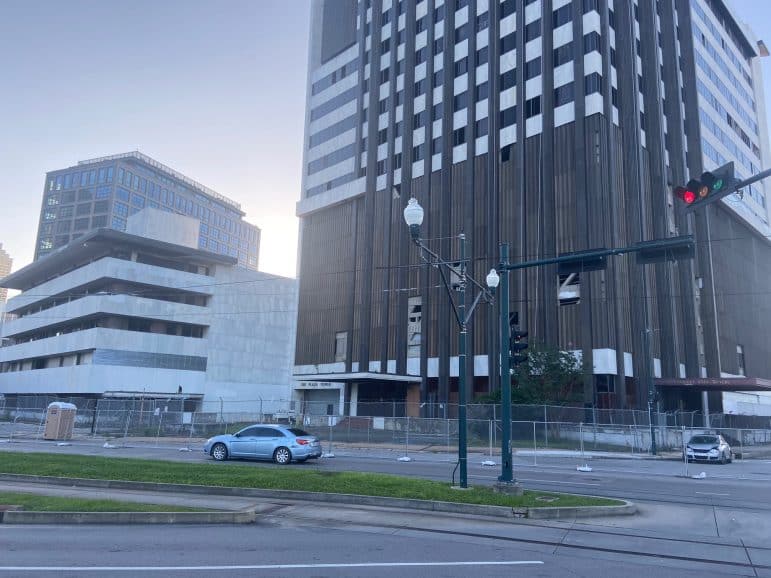 The Plaza Tower is one of many under-utilized buildings that could be converted to a new City Hall.

While Mayor LaToya Cantrell told members of the Save Our Soul (SOS) coalition Tuesday that she was “good” with the Municipal Auditorium not becoming the next City Hall, the historic structure remains her first choice probably because of the $38 million allocation from FEMA that comes with it.

Cantrell has given SOS a 90-day deadline to come up with a solid, fully funded plan to renovate, operate and maintain the auditorium. In the event that SOS successfully meets that goal, city officials might want to start looking at other suitable ›locations across New Orleans.

If the prevailing sentiment is to stay in the downtown area, the Plaza Tower could be ripe for the picking. The 485,000-square-foot building features 45 floors, 13 elevators and its own parking garage. There’s even a separate parking lot for sale directly behind the building. Of course, the Plaza Tower is loaded with asbestos, but a gut renovation would certainly cure that. 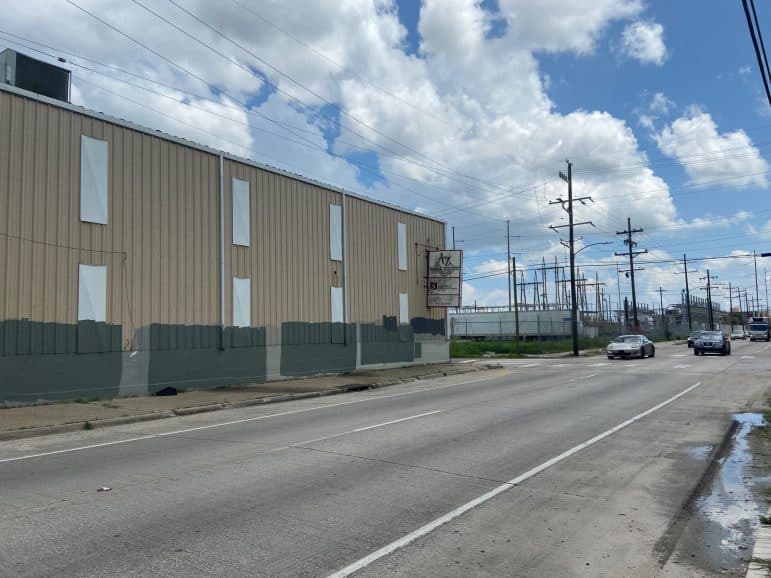 The former A to Z Paper Co complex on Tchoupitoulas Street and the neighboring Market Street Power Station might also be viable locations.

Two other locations close to the Ernest N. Morial Convention Center’s proposed entertainment district might work: the former A to Z Paper Co. site and its adjoining parking lot or A to Z’s next-door neighbor, the Market Street Power Station.  All three would be readily accessible via the Tchoupitoulas Street exit.

If a view of the Mississippi River is important, the Jackson Avenue Wharf – which the state donated to the Dock Board two years ago – might hit the spot.

Whether the overpass stays or comes down, perhaps there is even land along Claiborne Avenue that could be assembled for the next City Hall. If the Claiborne and St. Bernard corner, across from Circle Foods, was the epicenter of a new complex, residents and businesses along both avenues could benefit.

Perhaps the most likely and best location for City Hall is somewhere — almost anywhere — in New Orleans East. On the site of the former Plaza in Lake Forest? By Banner Chevrolet or Household of Faith? What about at the Morrison exit or along the Chef?

When traffic along the interstate is running smoothly, New Orleans East is only a hop, skip and a jump away. The residents of New Orleans East could benefit from the project in so many ways — as an emotional lift and as a catalyst for economic growth including fine dining and upscale entertainment.

With the City Council having created a new zoning process for City Hall’s future, it may be 2022 before a final decision is made on the relocation. That will give the SOS coalition leaders more time to put all the development pieces together at the Armstrong Park site.

Until then, interested citizens can keep their eyes and ears open to possible locations for New Orleans’ third City Hall.

WHO QUALIFIED FOR THE OCTOBER MUNICIPAL ELECTIONS?

Of that group 46 are male and 27 female. Forty-eight are Black, 20 are White and five are Hispanic or Asian. Two are Republicans, 55 are Democrats, six are Independents. Eight are registered as No Party, and one each belong to the Libertarian and Green parties

Yeisha McFarland, a Black female Democrat who qualified against Clerk of Court Chelsey Richard Napoleon, has already withdrawn from the race.  At press time, no legal challenges have been filed against any of the candidates who qualified last week.