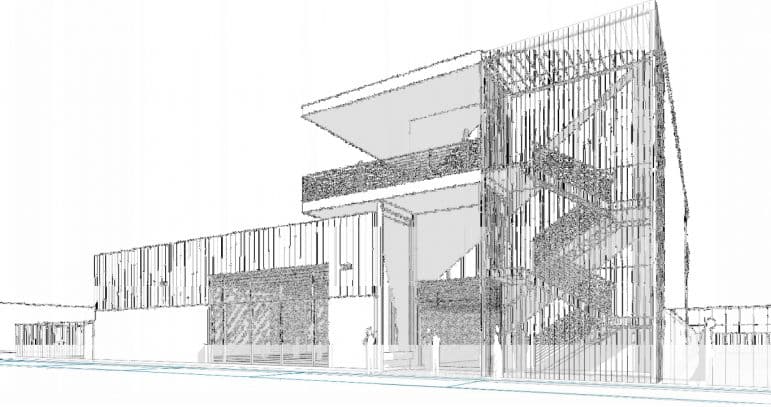 View of the planned pickleball facility from Rousseau Street

Pickleball may be coming to former warehouse in the Lower Garden District. The City Planning Commission last week voted to approve plans for the sports facility.

Pickleball is a paddle sport that incorporates elements of tennis, badminton and ping-pong and was created as a family activity, according to USA Pickleball. NBC News has called it “the fastest growing sport you’ve never heard of.”

The 21,000-square-foot former warehouse space on 460-462 Josephine Street and 2120 Rousseau Street, near the Walmart, will be remodeled to create five indoor pickleball courts and one outdoor court.

Approximately 10,000 square feet would be added to include a second floor with a restaurant and bar. Plans show 24 off-street parking spaces.

The former warehouse space is on track to become the first dedicated pickleball facility in New Orleans, according to developer Renee Melchiode.

“It’s a very easy game to learn,” Melchiode told the commissioners, “that’s good for beginners and advanced athletes. It evens the playing field across generations and genders.” 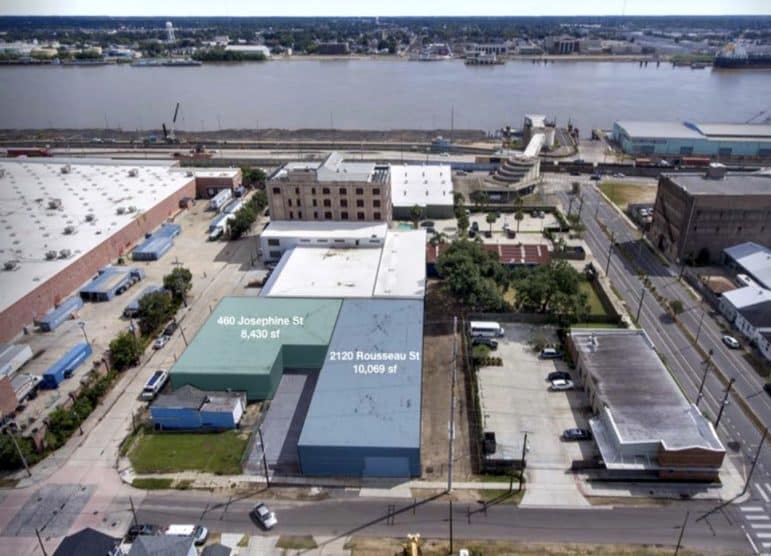 The pickleball facility is planned for former warehouse space near the river in the Lower Garden District.

The developers are seeking approval for the facility as a planned development district, a city planning tool that provides greater flexibility for projects that involve adaptive reuse of historic structures.

This property is under Historic Urban Neighborhood Mixed-Use District zoning, which does not allow businesses over 10,000 square feet and requires 10% minimum permeable open space. The developers are seeking exceptions to those restrictions.

City planner Stephen Kroll told the City Planning Commission that the CPC staff supported the proposal as an adaptive reuse of vacant industrial buildings. “We have a lot of post-industrial neighborhoods where you’ve got warehouses and other structures that are no longer usable for industrial purposes,” he said. “It will help put activity back into this formerly industrial section of the Lower Garden District. It will provide amenity space for that neighborhood.”

The commissioners voted unanimously in a virtual meeting June 22 to approve the request for a planned development district. The final decision is headed to City Council for a vote.

The developers are also planning to include a music venue as a secondary use within the food and beverage area.

In a Zoom call with the Irish Channel Neighborhood Association’s president and land-use specialist, the developers addressed concerns over the music venue: “We envision a single jazz musician from 5 to 6 p.m. on some evenings. This facility will be sports-focused with leagues and tournaments. The alcohol and food component is important to our financials, but the focus is on the sport.”

Interest in pickleball has been growing regionally, according to a 2020 article on NOLA.com, especially on the North Shore. With a dedicated facility, the developers expect more New Orleanians to hear about pickleball — and to want to play it.

“The day we closed on the property, we had someone at our door with their paddle ready to play. And they were disappointed to find out the process would be a bit longer,” Melchiode said. “I believe that this is one of those projects that if you build it, they’ll come.”

Editor’s note: This description of pickleball in this story was corrected on July 5 to reflect that it is a paddle sport, not a racket sport.