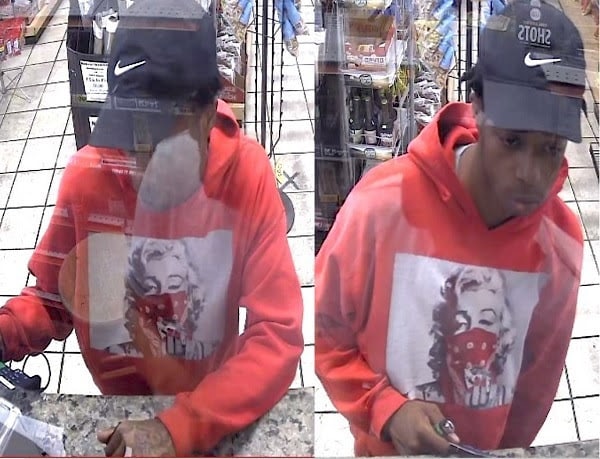 The New Orleans Police Department is seeking assistance in identifying and locating a subject in the investigation of a vehicle burglary and subsequent access device fraud incident on July 7 in the Second District.

The victim returned to his vehicle on July 7 and realized he had left it unlocked. The vehicle’s interior had been ransacked.

The victim’s wallet containing several debit and credit cards was  missing. The victim later discovered someone had made multiple fraudulent transactions with his credit card at a store in the 8700 block of South Claiborne Avenue.

The suspect seen on a store surveillance camera is described as a Black male with a thin build and short black hair. The suspect also has a tattoo on his left hand that reads “796.” On July 7, he was wearing a black Nike hat, red hooded sweatshirt, ripped blue jeans and red shoes.

Anyone with additional information on this incident or the pictured subject is asked to contact NOPD Second District detectives at 504-658-6020 or call anonymously to Crimestoppers of Greater New Orleans at 504-822-1111 or toll-free 1-877-903-STOP.