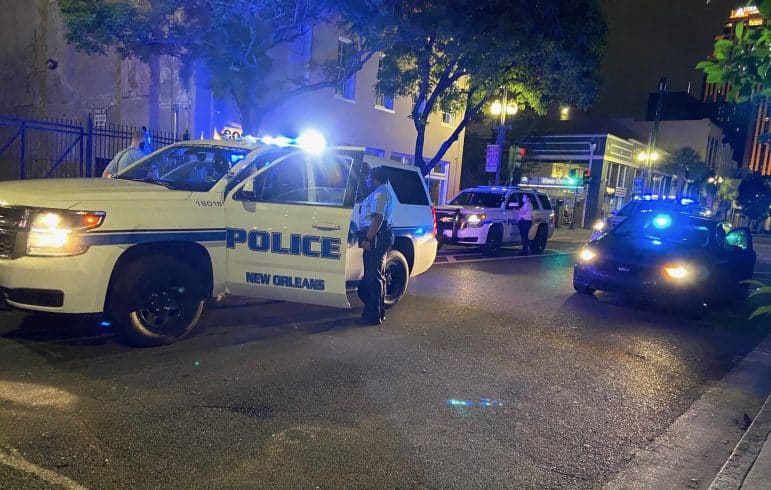 Operation Golden Eagle, the new collaborative partnership between the Louisiana State Police and the New Orleans Police Department, began Tuesday (June 1). Though Mayor LaToya Cantrell is unable to quantify exactly how many state troopers are participating, both she and NOPD Superintendent Shaun D. Ferguson are quick to note that the emphasis is on “constitutional policing.”  The State Police officers will also be working in crime-ridden neighborhoods outside the French Quarter.
In the aftermath of the revelations about Ronald Green’s beating death by State Police officer Lt. John Clary in 2019, some Black leaders are fearful of State Police presence in New Orleans this summer. State troopers attempted to pull Greene over for an unspecified traffic violation on a dark, rural roadside outside of Monroe. After a high-speed chase, Greene was shackled, put in a chokehold, punched, dragged and prodded repeatedly with a stun gun.  The Louisiana State Police covered up that night’s details for almost two years.

New Orleans had its own police brutality and cover-up problems just after Hurricane Katrina, as seen in the police shootings on the Danzinger Bridge. In the months surrounding the storm, citizens relied on and needed the NOPD to restore order and prevent looting. Only a small number of aberrant NOPD officers were involved in the Danzinger Bridge murders, one of the department’s darkest moments.

Only a small number of officers were responsible for Greene’s death. Yet, as the latest civil rights lawsuit recently filed against the State Police alleges, the racist attitudes and actions of some officers in Troop F are especially troubling.  The State Police must develop new training protocols so that officers learn about and embrace racial equity and respect for all.  The NOPD already accomplished many of those same milestones as part of the federal consent decree.

The State Police officers who are now working in New Orleans are thought to have received special counseling and will be closely supervised.

State troopers are especially needed in New Orleans this summer.  There is already a double-digit increase in crime, which will only escalate during the steamy months ahead. According to the latest statistics from the Metropolitan Crime Commission, shootings have increased 78% compared with the first five months of 2020 while homicides are up 31%, carjackings have risen 95%, armed robberies have increased 25%, and auto thefts are up 29%.

In addition, New Orleans has fewer officers on the street now than in any year since 1978, when the NOPD first began compiling those statistics. “Thank God for the State Police,” the Metropolitan Crime Commission’s Raphael Goyeneche said about Operation Golden Eagle.

Rebuilding the NOPD is the only way to keep the citizens safe, however. “We can’t expect the State Police to always be here,” Goyeneche said.  He has several recommendations that he believes would increase the number of full-time officers.

“If New Orleans is going to compete, we need to change an existing policy to allow lateral transfers of officers already trained by other jurisdictions who want to work for the NOPD,” Goyeneche said. “Currently such officers have to enter the NOPD Academy and start from the bottom.” Other suggestions include paying existing officers a higher salary, so they don’t retire early or leave for jobs with other police agencies, and re-doubling recruitment. These ideas all cost money — but isn’t public safety worth it?

It’s high time for city leaders to redirect attention to the recruitment and retention of officers. The Jefferson Parish Sheriff’s Office has begun a series of recruit ads. Needless to say, NOPD officers are responding to them. How many ads has the NOPD placed recently to recruit more officers? While the fact that more than a few potential recruits are rejected only means that a greater number of candidates have to be identified.  It’s almost like today’s the hospitality industry. There are lots of job openings. Good candidates get to choose the company making the best offer.  Let’s up the offer and fill the ranks.

Mayor Cantrell and all our other municipal officials are up for re-election in the fall.  Can any of them explain why New Orleans isn’t doing everything possible to hire and train more police officers?

“If New Orleans is not able to rebuild its force, we will pay a dear price in tourism and business,” Goyeneche said. “Public safety is the foundation upon which prosperity is built on. Locals and visitors will not want to subject themselves to public safety risks. It will have a reverse economic impact.” 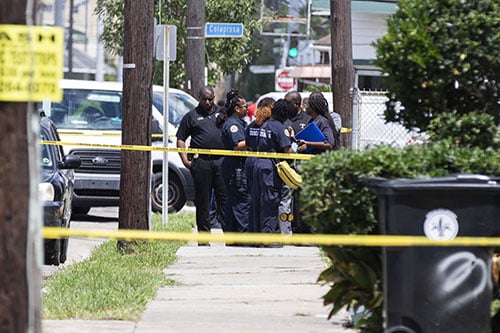 Crimes committed by juveniles and young adults are at the heart of our criminal justice problem. Are gangs taking over New Orleans? Should teenagers who commit violent crimes be tried as adults or should their cases be heard in Juvenile Court where sentences are much lighter?

There is no excuse for criminal activity by anyone of any age, but there are lots of reasons that crimes are being committed, especially by young people. Many New Orleanians under the age of 25 have been suffering since Hurricane Katrina. They or their parents were displaced — education, homes and lives interrupted. Some never quite got the lives back on track. Then came COVID-19 with more education interruptions, loss of jobs, food insecurity and threats of evictions. Mental health issues and drug addiction have exploded. Teens and young adults who are out late at night committing crimes are often from unstable families where core values have never been taught.

Young people also feel a need to belong. When a computer selects which school a child attends, neighborhood friendships are not built. Today’s kids connect through gangs, which become their trusted support system.

In general, elected officials should keep their word and not flip-flop like a leaf in the wind. Would Jason Williams have been elected district attorney if he hadn’t made a firm policy commitment to try juveniles only in Juvenile Court?  Perhaps after sitting in his office for several months and meeting with victims and their families, Williams realized that his preferred policy might not always be in the best interest of the voters he was elected to serve.

Every policy requires some flexibility. Establishing criteria to aid decision-making is imperative.

Todriana and her cousin Brione Rodgers had only stopped at the party to charge a cellphone so they could communicate with their grandmother.  If Todriana’s killers are arrested, how will Williams charge them?

“We will only resolve the real crime problem when our public officials — especially the mayor and district attorney — take the lead along with the City Council, NOPD, sheriff, judges, mental health and addiction experts, education, business, faith communities and citizen input to create a comprehensive, holistic criminal justice plan for the City of New Orleans,” Hunter stated. He said the plan should focus on three objectives: how to fight crime, how to reduce and prevent crime, and how to pay for it.  “We are losing our children and there’s no time for the political theater, happy talk or drama,” Hunter concluded.